Ashton Carter’s visit to hurl a new era in Indo-US Relations. LSA Agreement to be concluded between India and USA. 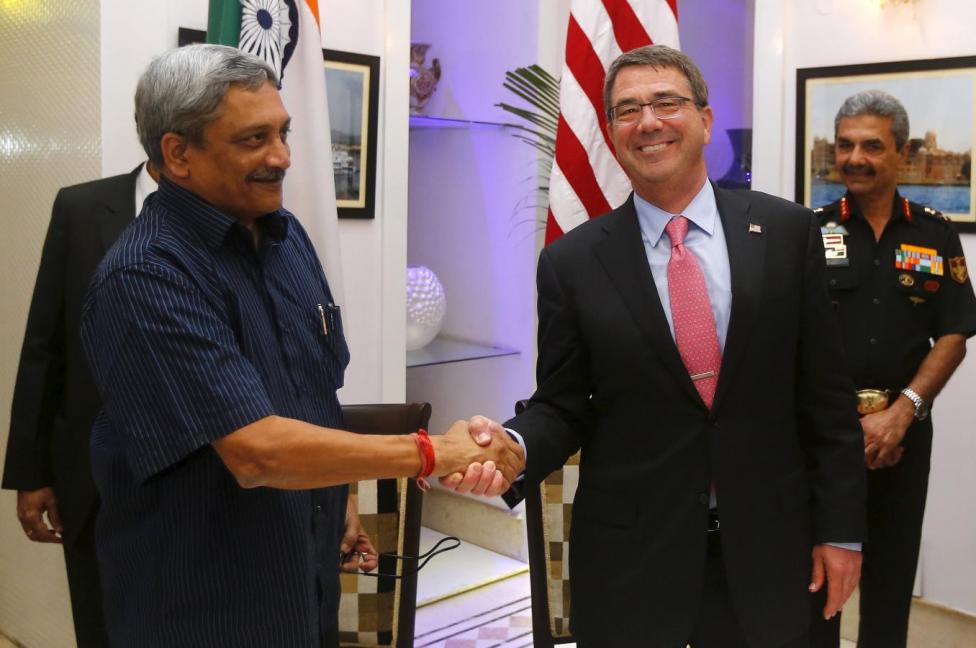 US Defence Secretary Ashton Carter has landed in Goa, signalling the start of his three day visit to the peninsular nation. Carter is scheduled to engage Indian partners in strategic dialogues from April 10-12 at Goa and Delhi. Carter will be received by his counterpart Manohar Parrikar, the defence minister of India.

Ashton Carter will be boarding INS Vikramaditya, India’s 40,000 tonne aircraft carrier at INS Kadamba in Karwar. The carrier is India’s biggest combatant while Kadamba will soon be the biggest naval base in the eastern hemisphere. Carter on-board Vikramaditya will witness the capabilities of the Mikoyan MiG-29K fighter aircraft. India and USA have constituted a joint working group for co-developing carrier technology.

Carter will fly into New Delhi, India’s power seat on the concluding day of his trip. Carter will be meeting PM Narendra Modi and NSA Ajit Doval. The Defence secretary will hold series of high-level delegation talks with Indian defence and security officials. Various strategic and technology development issues are expected to be discussed during Carter’s visit to India.

Carter’s visit to India comes in the background of the surging Indo-US bilateral relations. Both the countries have adopted the motto ‘Chalein Saath Saath: Forward Together We Go’ to nurture the blooming relations. The increased diplomatic dialogues in the past decade have helped India and USA tangle each other in an ever closer knot. USA has placed India at the centre of its ‘Asia Pacific Rebalance’ policy and has come aboard India’s ‘Act East Asia’ policy.

India and USA share a deep rooted ‘Strategic Relationship’ that has evolved around economic, technological, education, healthcare and defence ties. Regular high level exchanges have served as catalysts in nurturing the relations. The relationship with USA has received a greater impetus in New Delhi ever since the NDA-led government came to Power. USA has reciprocated this by being an active partner in India’s progress journey.

Defence Co-operation between India and USA

Since the past decade, the fundamental focus area in the Indo-US relations is defence co-operation. India and USA signed a modular framework for nurturing the defence relations in 2005. Ever since, both the strategic partners have worked closely to intensify bilateral defence relations. The periodic strategic dialogues conveyed between Indian and US defence establishments and policy makers have worked as catalysts.

India is a growing military power that is breaking free of its regional power status. USA has substantially improved India’s preparedness by supply military equipments worth US $10 billion in the past decade alone.

India and USA have established numerous defence co-operation and development pacts to take their relationship beyond a simple buyer-seller framework. The NDA government and Obama administration have intensified the defence trade and defence co-operation between the countries. The Defense Policy Group (DPG), Defense Joint Working Group (DJWG), Defense Procurement and Production Group (DPPG) and Joint Technical Group (JTG) have all worked as the driving forces in propelling the relationship to a new zenith. 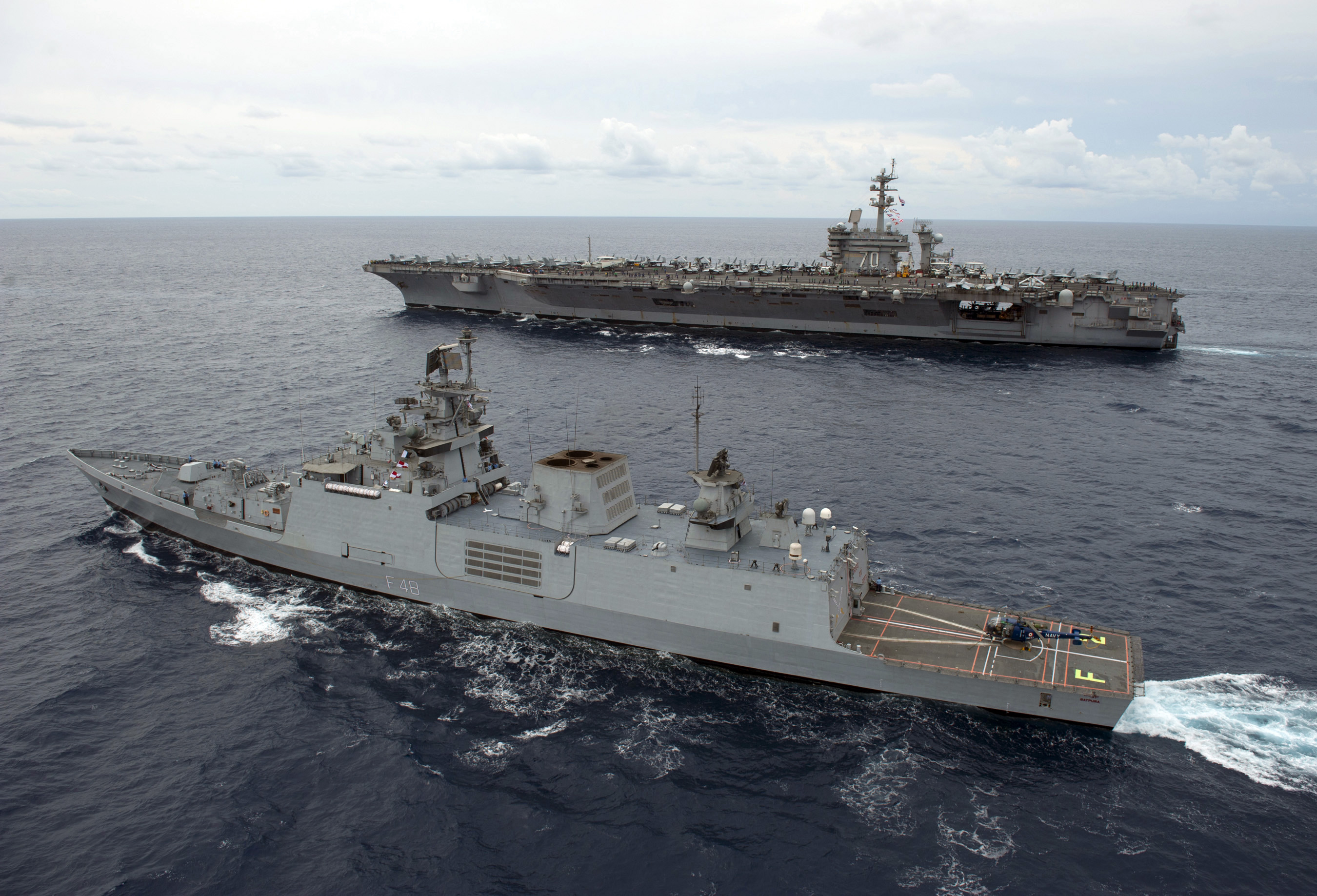 India and USA signed the Defence Trade and Technology Initiative (DTTI) in 2015. DTTI is a renewed defence co-operation framework that concentrates on joint development and production of high-end defence technology. Under DTTI, India and US have agreed to jointly develop next-generation jet engines and aircraft carrier technology. The synergy between both the countries is now being propelled by the task forces and working groups set-up under the DTTI framework.

India and USA are currently working on joint development of new generation NBC protective gears for their forces. BEL and General Atomics will now develop high-power Auxiliary Power generation Units (APU) to power battlefield equipments. To sustain India’s naval growth, India and USA have set-up a Joint Carrier Working Group (JCWG) that has met several times in the past months. The JCWG will freeze the design and technologies for India’s IAC-II aircraft carrier. Both the countries will also develop the Raven Unmanned Aerial Vehicle (UAV) in the future.

Carter in Delhi will meet top Indian policy makers to convince India to sign three fundamental defence agreements. The Logistics Supply Agreement (LSA), CISMOA (Communications and Information Security Memorandum of Agreement) and Basic Exchange and Co-operation Agreement (BECA) have been under discussion for the past decade. USA deems these agreements as the key ingredient for the success of DTTI. USA in the past has denied various defence technologies citing India’s reluctance to sign these agreements. 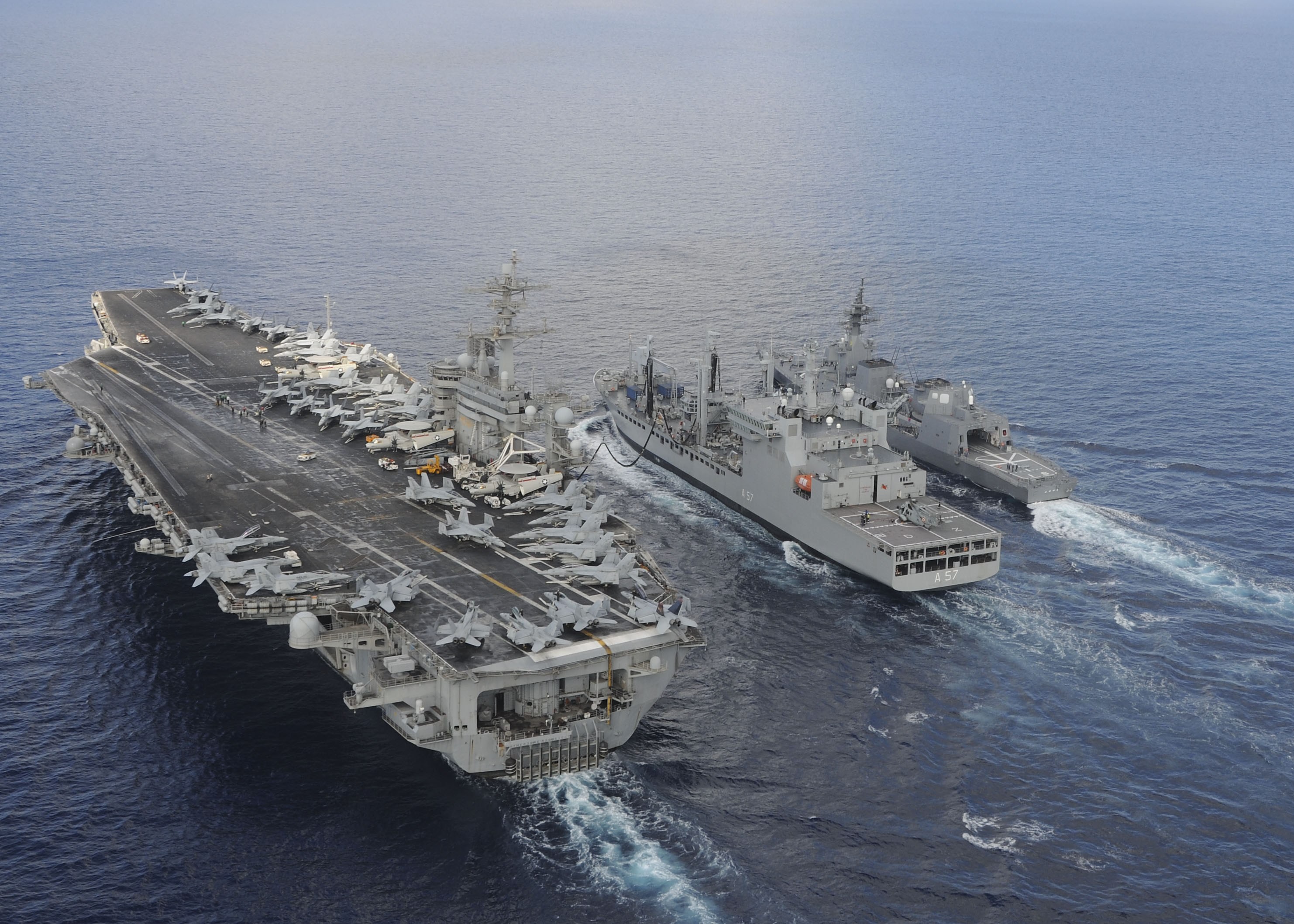 The Modi-led NDA government has actively engaged US diplomats and has shown its intent in signing LSA. The LSA itself is now termed as Logistics Exchange Memorandum of Agreement (LEMOA) and will allow military forces of both the countries to utilize each other’s military bases. India has several reservations when it comes to CISMOA and BECA agreements. India has now demanded a new draft that answers these reservations from US. Carter and the accompanying delegation will be providing their Indian counterparts with the fine details about the agreements.

Parrikar and Carter to discuss about America’s ‘Make in India’ offer.

According to informed sources, India will now demand USA to stand guarantee to the Transfer of Technology (ToT) offers. India strongly feels there is a major disconnect between the policies of the manufactures and the Pentagon. Carter headed the South-East Asian and Indian Pentagon cell during his stint at Department of Defense (DoD). Given the background of Carter’s former job he is undoubtedly the best contact to deal with the issues.

The relationship between these strategic partners is expected to reach new heights in the coming years. America has been vocal about its support to India’s ambitious ‘Make in India’ initiative. These meetings and constant high-level meetings will only nurture the relationship.