In a detailed press note the agencies have confirmed that the test met all desired parameters and have termed it a major step forward towards attaining the much awaited FOC certification. Outlining the test details the press note read “A safe separation was followed by missile guidance towards RADAR acquired target. The flawless launch was demonstrated with all on-board systems performing satisfactorily and the missile scored a direct hit on the target with complete destruction of it.”

The missile for the maiden time was launched in Lock ON after Launch mode against a moving aerial target. Derby, a medium range air-to-air missile, was for the first time fired from Tejas in February, 2016 in ballistic unguided mode. The objective of the test was to assess Derby’s integration with aircraft systems including the aircraft avionics, fire-control radar, launchers and Missile Weapon Delivery System and to verify the missile’s accuracy and performance.

The Derby BVRAAM missile, which enables the aircraft strike aerial targets, has a defined operational range of over 50 kilometres. The missile which is capable of attaining speeds up to Mach 4 is guided by advanced and sleek active radar. Derby has been in operation with the Indian Air Force (IAF) and the Indian Navy for well over a decade.

Israel based Rafael Advanced Defense Systems, the manufacturer of Derby, is offering India I Derby-ER, which is an extended range version of the current missile. Derby-ER, which was revealed during Aero India-2015, will be capable of striking aerial targets as far as a 100 KMS away with pin point accuracy. The missile is being actively considered by India to arm the under development Tejas Mark-1A aircraft.

With the successful test firing of Derby, Tejas and the LCA programme is ever closer to attaining the FOC certification. The next much awaited milestone in the program is the completion of demanding air-to-air refuelling tests which is being carried aboard the LSP-8 aircraft. Sources have indicated that dry refuelling runs are expected to commence in the coming months and actual wet refuelling, where aviation fuel is transferred to the aircraft from an aerial tanker, is expected to commence only later this year. 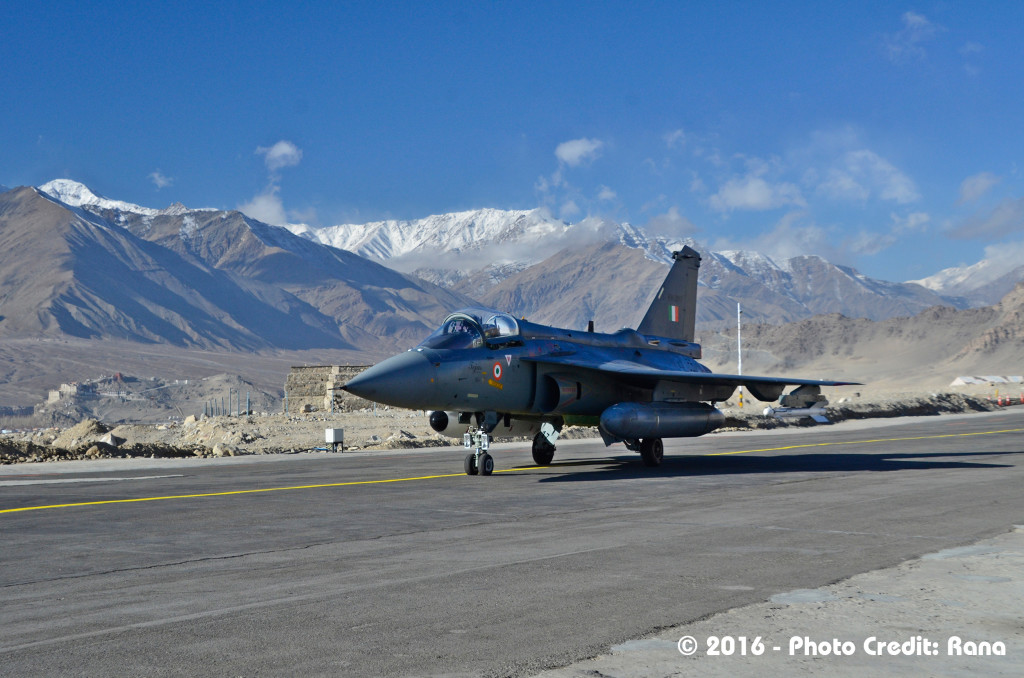 The successful demonstration of BVR capability is undoubtedly a watershed movement in India’s long and daunting mission to indigenously develop a fighter aircraft. The LCA programme which began way back in the 90s is steadily throttling towards final conclusion. The programme has not just given India a formidable aircraft but the true capabilities to tackle aerospace challenges.