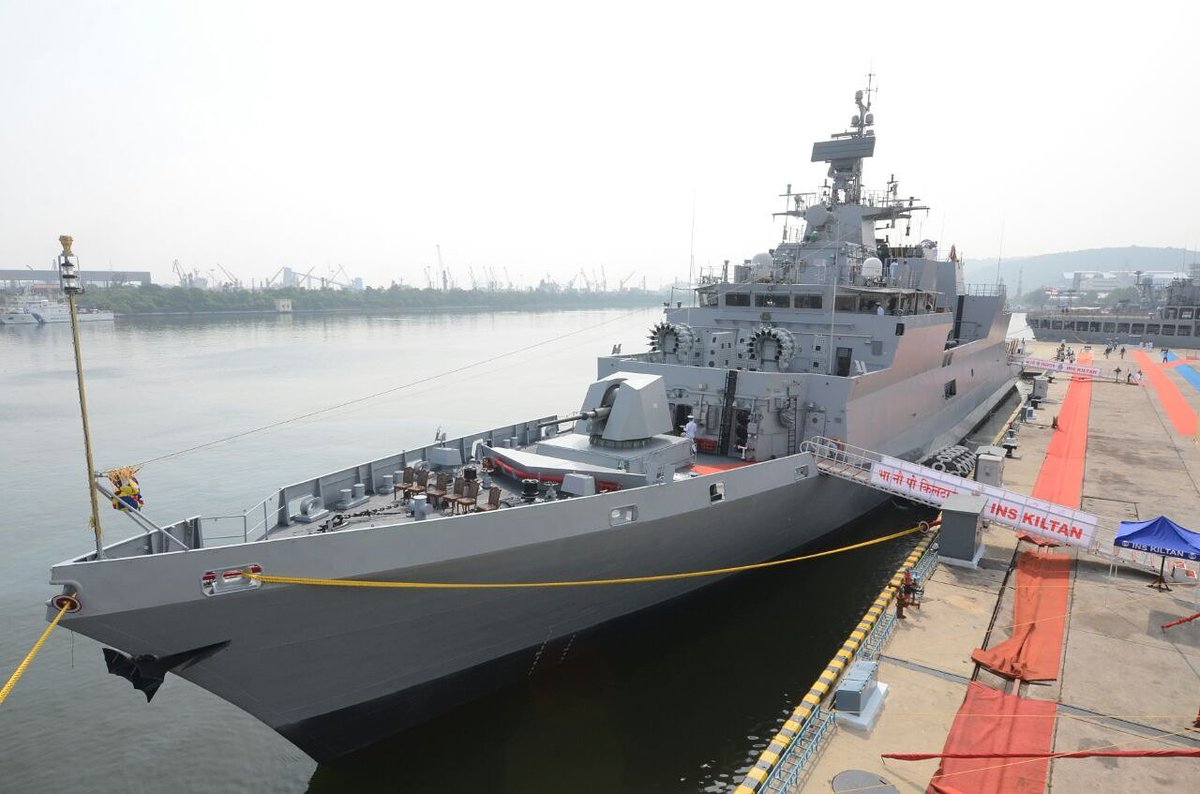 Induction of Kiltan, third of the four corvettes being constructed under P– 28, provides the Indian Navy’s Anti Submarine Warfare (ASW) capabilities a shot-in-the-arm. The 3,400 tonne INS Kiltan following its commissioning will be homeported in Vishakhapatnam and will form an integral part of the Eastern Fleet. Commander Naushad Ali Khan is slated to be the maiden Commanding Officer (CO) of the ship. 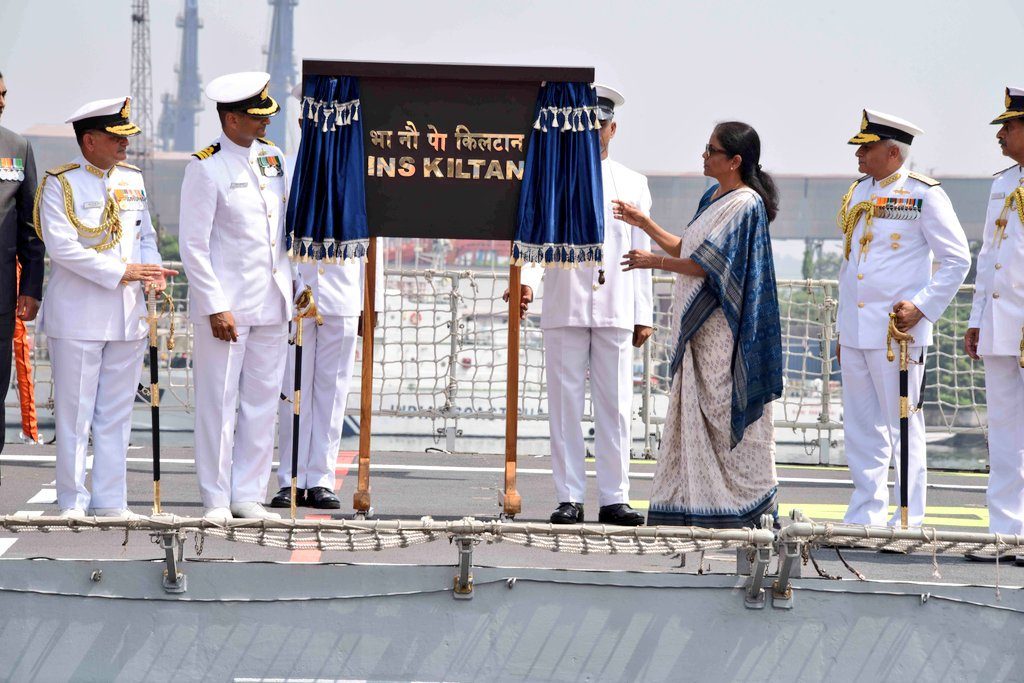 Raksha Mantri Nirmala Sitharaman in her speech congratulated the Indian Navy, GRSE, and all other stakeholders who have had a part in Kiltan’s success story.

Further, she appreciated Navy’s relentless pursuit of self-reliance through indigenisation and noted that this had helped the Indian Navy to seamlessly transform from a Buyer’s to a Builder’s Navy. The RM further exhorted that India needed to benchmark it’s shipbuilding practices to international best practices and produce quality ships in a shorter time frame and at competitive costs.

She further recommitted her government’s  efforts to meet the requirements if the armed forces by making available requisite finances for meeting the backlogs.

Sister ships of Kiltan, INS Kamorta and INS Kadmatt, which were inducted in August, 2014 and January, 2016 respectively, have already proved their prowess serving the Indian Navy in various roles.

Admiral Sunil Lamba addressing the gathering said “This commissioning marks yet another milestone in our journey of indigenous warship building. The Indian Navy is deeply committed to the principle of indigenisation and the Government’s thrust on ‘Make in India’. Commissioning of four ships in the last year, all built in Indian shipyards, is a testimony of our resolve. Our commitment to indigenisation also assumes special significance as we have steadily broadened our indigenisation efforts beyond ship building. We have achieved considerable success with indigenous sonars such as Abhay and HUMSA-NG as well as weapons such as Varunastra and BrahMos. These achievements are a result of the Indian Navy’s proactive and integrated approach to achieve self-reliance said the Admiral.” 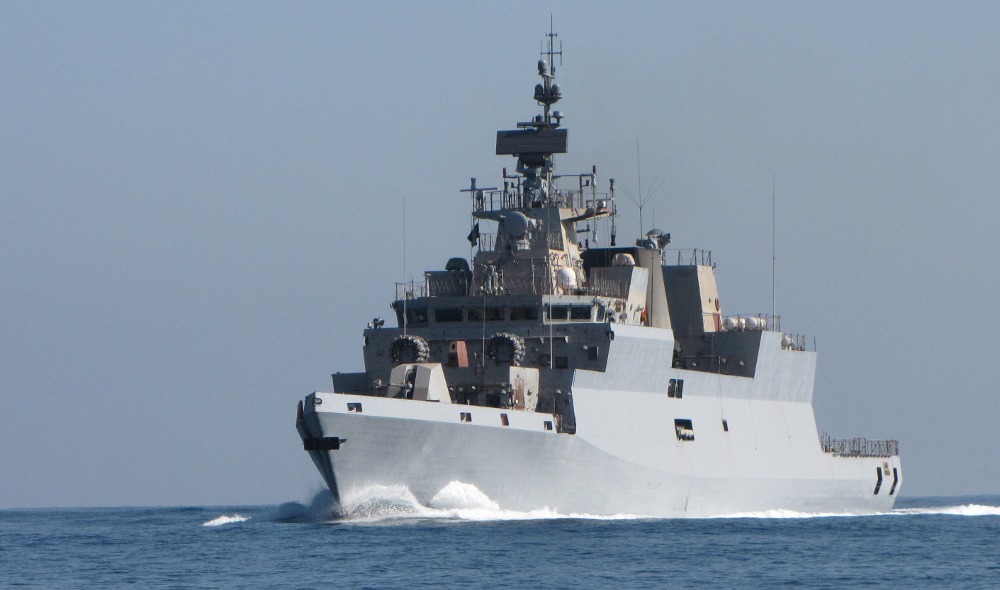 As enemy footprint increases across the navy’s vast operational horizon, induction of specialized surface platforms such as INS Kiltan, which specialise in neutralizing lurking submarines, goes a long way in maintaining the sanity of India’s territorial waters. Construction for the P-28 class vessels began in 2005 under a US $1 billion tender for replacing the aging Kora-class corvettes.

Induction of INS Kiltan is a watershed movement in the country’s mission to attain self reliance in defence manufacturing and is undoubtedly a showcase piece for the NDA government’s ‘Make in India’ efforts. While the warship was designed in-house by Directorate of Naval Design, state-run Garden Reach Shipbuilders and Engineers Limited (GRSE) in lieu with the country’s private sector have constructed the warship.

These vessels exhibit close to 90% indigenisation technology, according to sources. Being primarily a submarine hunter, the warship has been designed with stealth as an integral feature. Revolutionary X-shaped hull built using high quality steel supplied by India’s SAIL and advanced carbon fibre and reinforced plastic help in masking the radar signature of the vessel.

The frontline warship is powered by twin sets of proven Combined Diesel and Gas (CODAG) propulsion system, which churn out 10092 HP of power, enabling the vessel to attain speeds up to 28 knots in favourable sea conditions.

Indigenously designed Revathi Central Acquisition Radar or the CAR-3D serves as the primary operational radar system of the vessel. Revathi has a maximum tracking range of 200 kilometres and is capable of tracking up to 150 targets ‘in track while scan’ mode, according to its designer. Israel’s IAI developed EL/M-2221 STGR (Search, Track and Gunnery Radar) fire control radar provides Kiltan’s operators with seamless support to operate the weaponry systems in all weather conditions.

Serving as eyes and ears of all P-28 class vessels for ASW operations are the BEL developed HUMSA – NG hull mounted SONAR system. Having received multiple updates over its predecessor HUMSA sonar, the system is capable of operating simultaneously in both active and passive modes. HUMSA-NG can accurately detect, classify and calculate the position of up to 8 enemy ships and submarines.

Having been equipped with some of the most potent offensive and defensive weaponry systems, Kamorta-class vessels are in fact miniature frigates as they are capable of neutralising both sub-surface and surface threats. As the offensive weapon suite of the vessel is formed around the ASW role, it has been equipped with six torpedo launching tubes which using automated systems can effortlessly launch 633 and 533 mm torpedoes. To lure out hiding submarines, the vessel employs depth charges and RBU 6000 multi-calibre ASW rocket launchers. Working in unison these systems are extremely effective in sinking lurking submarines. 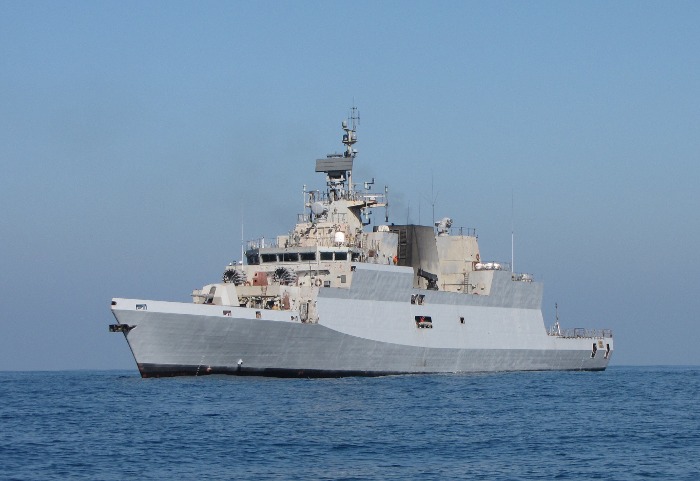 To guard the platform against aerial threats the warship is equipped with 32-VLS cells which carry the proven Barak-1 missiles. These missiles can engage any aerial targets within 12 kilometres off the vessel and can intercept even sea skimming cruise missiles. Two indigenously manufactured AK 630 Close-In-Weapon System (CIWS) work alongside the SAM system.

All vessels of the program also feature the NPOL and NSTL developed Maareech Advanced Torpedo Defence System (ATDS), which can simultaneously detect and launch countermeasures against incoming torpedoes. The system will feature towed and expandable decoys.

Integral to the vessels ASW capabilities will be a single multi-role naval helicopter, which can conduct both ASW and SAR missions. The navy has recently floated a multi-billion dollar global tender to acquire these helicopters in large numbers.

Even as the ranks of the navy cheer up on the induction of INS Kiltan, the force is in the process of materializing the P-28A program which promises another eight corvettes. The induction of all these modern vessels will go a long way in boosting the ASW capabilities of the Indian Navy. This gains greater induction in the backdrop of the increasing Chinese presence along the SLOCs (Sea Lanes of Communication) in the IOR (Indian Ocean Region).