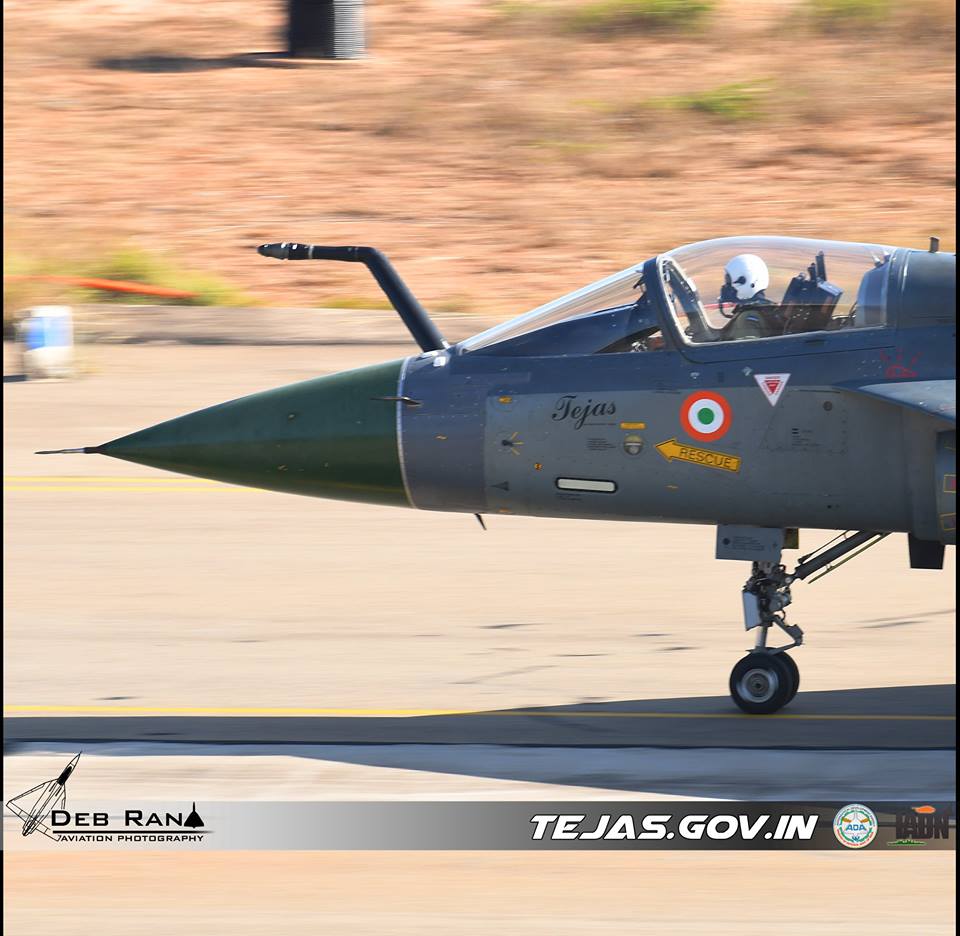 For India’s sole aircraft manufacturer –Hindustan Aeronautics Limited (HAL), much depends on the success of Tejas Mk-1A program. It is in fact being viewed as a do or die project for the defence PSU, as it stares at an uncertain future, as production of its once lead product – the Sukhoi Su-30 MKI – rumbles down.

T Suvarna Raju, Chairman, HAL, had recently raised alarms citing the dipping order book of his company, which has crippled to a mere INR 41,000 crore. Given the value of the program, HAL has been going all out to realise the development of Mk-1A well within the stipulated timeframe.

HAL has held several rounds of discussions and review meetings with the user – Indian Air Force (IAF) and the developer – Aeronautical Development Agency (ADA). While the final requirements for the aircraft have been freezed up on, design calibrations are in ongoing process.

Featuring over a hundred developments over its predecessor, the Mk-1A will be filling the operational void between the Mk-1 and Mk-2 variants. Centric to enhancing Tejas’ capabilities is HAL’s decision to equip the aircraft with an advanced AESA radar and Electronic Warfare (EW) suite, both of which have been listed as a priority by the user.

With limited availability of indigenous solutions, HAL floated a tender in December, 2016 for acquiring these state-of-the-art technologies from a global manufacturer. The RFI for acquiring AESA radars had been forwarded to Israel’s Elta, Sweden based Saab AB, France based Thales and to America’s Northrop Grumman. HAL intends to be acquiring 24 radars off-the-shelf, 8 more in kit forms to be assembled in India and the rest are to be license produced by HAL.

AESA technology based radars are highly automated systems, featuring no mechanically moving parts, thus enabling them to track multiple targets simultaneously in entirely different direction. These radars, which are now an integral part of newer generation fighter aircraft, are much faster and capable than conventional radars.

Currently, no fighter aircraft in the Air Force’s fleet is fitted with this crucial capability. Rafale will perhaps be the first aircraft to feature these systems. Even China is expected to realise this technology only after 2021.

Being pegged at close to $2 Billion, the tender, which is one of the biggest ever acquisition program for acquiring sub-systems to an aircraft, has gained great significance with the manufacturers. While Elta, Saab and Thales have already made several presentations to MoD, Northrop Grumman is yet to officially make its decision public. For the US-based company, America’s cumbersome Technology Transfer regime gives lead headway. 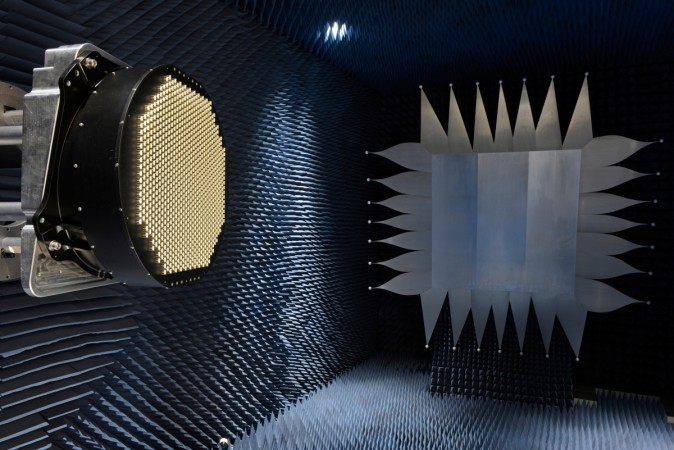 Being a light combat fighter, Tejas has high space restrictions, thus, mandating the manufacturers to redesign their products for equipping Tejas with AESA radars. Further, mating them with Tejas’ limited power units will also be an equally challenging job. The net weight Tejas will gain after the installation of these systems will be around 50 kilograms, according to HAL.

Leading the fray in the tender is Elta with its EL/M – 2052 AESA radar, which is currently being loaded on to IAF’s Jaguar fleet under the DARIN-III upgrade program. The Elta designed radar is based on solid-state AESA technology. It is capable of operating in air-to-air superiority, air-to-ground and advanced strike missions with look-down and shoot-down capability. The radar can deal with up to 64 targets simultaneously, according to its manufacturers.

Saab, for the program, is offering its in-house developed Gallium Nitride (GaN) based AESA radar, which features advanced antenna technology based on technologies developed using Gallium Nitride (GaN) and Silicone Carbide (SiC) substrates. They have been further clubbed with the latest generation of exciter & receiver and processor technology, which effectively guarantee optimum performance of the system even in dense signal environments.

As of date, Saab is the only manufacturer to have realised this complex technology. Switch from the traditional GaAs (Gallium Arsenide) base to GaN-based technology is expected to provide a big push to the radar’s capabilities, according to Saab.

Pitch for the AESA radars were at centre of Saab’s presence in this year’s Aero India. Anders Carp, Head of Business Area Surveillance, briefing about his company’s experience with Radar and EW systems had said “Saab is a world leading company in the sensor area and has equipped some 4500 fighter aircraft with radar and electronic warfare systems. This has given us wide experience of successful sensor system integration, testing, evaluation of radar and EW systems on fighter aircraft.”

The under-development Gripen – E fighter, which is on offer to India, is expected to be armed with the GaN-based Radar as the program matures. Saab has proposed for the co-development and co-production of these systems with India under a no-hold ToT (transfer of Technology) agreement. The offer, however, is subjective to India’s decision in procuring hundreds of Gripen fighters.

Anders Carp, speaking about his company’s offer to India said – “In our partnership, the transfer of technology will secure an indigenous Indian capability for series production, maintenance, repair and overhaul capability. Testing and development of the fighter sensor package will have synergies with the systems developed for Gripen.” Saab’s lead in the single-engine fighter tender and its position as the sole user of the state-of-the-art GaN based radar systems, undoubtedly, gives it unmatched lead.

Closing in on Elta and Saab is Thales, which recently revealed that it had successfully flight tested a newer version of its RBE2 AESA system, which according to Thales is modular and compact. The French-based aerospace technology provider has in a statement claimed that this radar perfectly matches all listed requirements of HAL for Tejas Mk-1A fighter aircraft.

Philippe Duhamel, Executive Vice-President, Defence Mission Systems activities, Thales, speaking about the company’s latest radar system said – “In just four months, thanks to our solid, proven experience with the RBE2, we’ve been able to carry out successful flights to test the performance of the key features of the radar we’re offering for the TEJAS Mk1A light fighter. This is a clear guarantee of its extremely high degree of operational reliability, immediately, and clearly sets us apart from our competitors.” 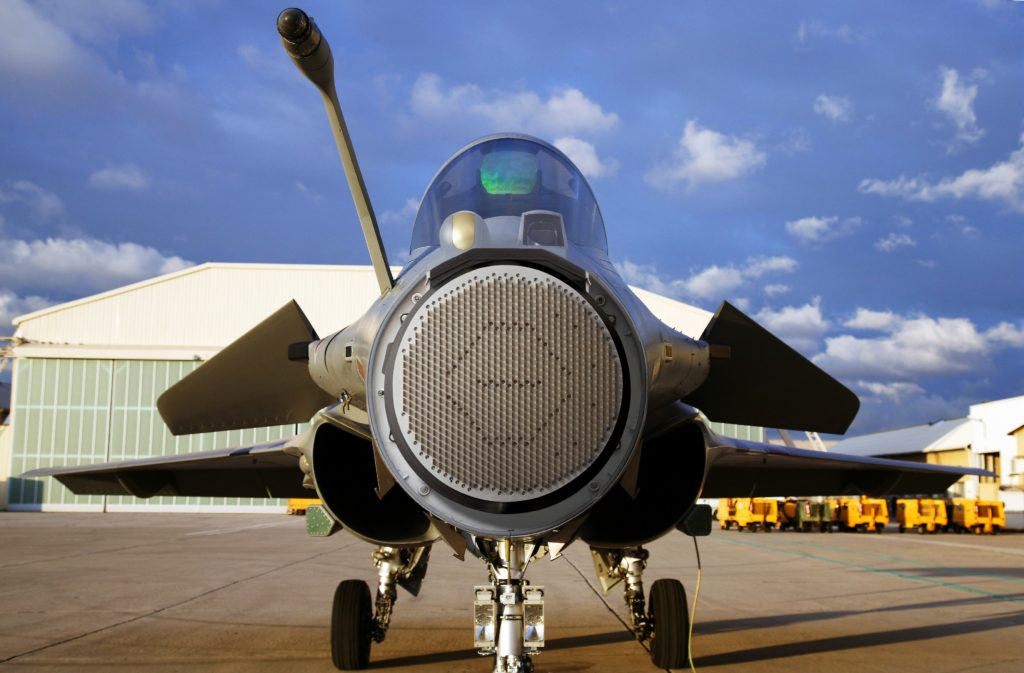 The radar is based on solid-state AESA technology, allowing it to detect targets at long ranges. Thales, through series of tests, has been successful in proving the system’s operational readiness and reliability. In a statement, Thales has said that the system will provide simultaneous modes of operation supporting multi-mission capabilities for air-to-air, air-to-ground and air-to-sea operation modes and weapon deployment. Thales’ proven track record and its tryst with Indian forces puts the company on a level field with its competitors.