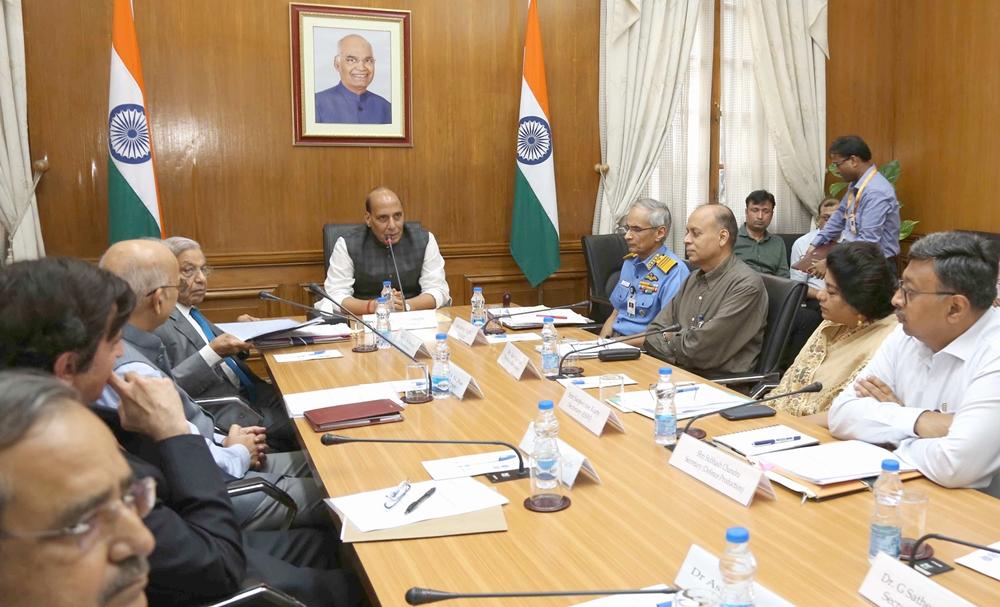 On 21 Jan 2020, the Defence Acquisition Council (DAC) headed by Defence Minister Rajnath Singh, in its first meeting of 2020 met to consider a number of new and ongoing proposals for procuring critically needed platforms and equipment for the Armed Forces.

To promote indigenisation, the DAC accorded approval for procurement of equipment worth over Rs 5,100 crore from indigenous sources. These include sophisticated Electronic Warfare Systems for the Army designed by Defence Research and Development Organisation (DRDO) and manufactured locally by the Indian industry. These systems will be used in deserts and plains and will provide comprehensive Electronic Support and Counter Measure capabilities to the field formations in both communication and other aspects of Electronic Warfare.

The DAC also approved prototype testing of trawl assemblies designed by DRDO for T-72 and T-90 tanks providing an important indigenous de-mining capability to the Army.

In another significant step, the DAC approved shortlisting of Indian Strategic Partners (SP) and the potential Original Equipment Manufacturers (OEMs) that would collaborate with SPs to construct six conventional submarines in India. This programme is being progressed under the ‘Strategic Partnership Model’, promulgated in 2017 to give a major boost to ‘Make in India‘ in Defence Sector. The Strategic partner is expected to play a transformational role in building an ecosystem in the country, comprising development entities, specialised vendors and suppliers; especially those from the MSME sector. SP Model also aims at promoting India as a manufacturing hub for defence equipment, in addition to establishing an industrial and R&D eco-system capable of meeting the future requirements of the Armed Forces besides giving boost to exports.

The DAC also accorded approval for inclusion of Innovations for Defence Excellence (iDEX) in Defence Procurement Procedure. This would provide avenues in capital procurement for the Armed Forces to startups and innovators working for iDEX and provide huge fillip to their budding efforts.