India has attained credible second strike capabilities with INS Arihant – India’s first boomer – successfully completing sea and weapons trials.  A leading news agency has reported that the submarine has successfully fired ballistic missiles from its silos. This signifies India’s success in its quest to attain nuclear triad. India can now launch punitive and decisive retaliatory nuclear strikes on enemies from land, air and water.  The nuclear propelled ‘INS Arihant‘ submarine is capable of housing up to 12 nuclear tipped ballistic missiles. The submarine has been cleared for operations by the Indian Navy. An official induction program is the final process in commissioning the submarine into the force.

‘INS Arihant’, is a ballistic missile submarine that was built under India’s ambitious Advanced Technology Vessel (ATV) project which was sanctioned in the late 1970’s. Under the ATV project, India is expected to build five nuclear powered ballistic missile submarines. India has also developed one of the most advanced Submarine Launch Ballistic Missile (SLBM) systems to arm these submarines. BARC is in-charge of developing nuclear reactors to power the vessels. The projects are under the purview of the PMO and the existence of the program was shrouded in secrecy until Arihant was dedicated to the nation.

Work on Arihant started in 1998 with India’s trusted ally – Russia – being chosen as a consultant for the project. ‘INS Arihant’ was to be a 6,000 tonne – Ship Submersible Ballistic Nuclear (SSBN) submarine, very few nations had the capability to design and develop such a submarine. There was zero scope for any errors. 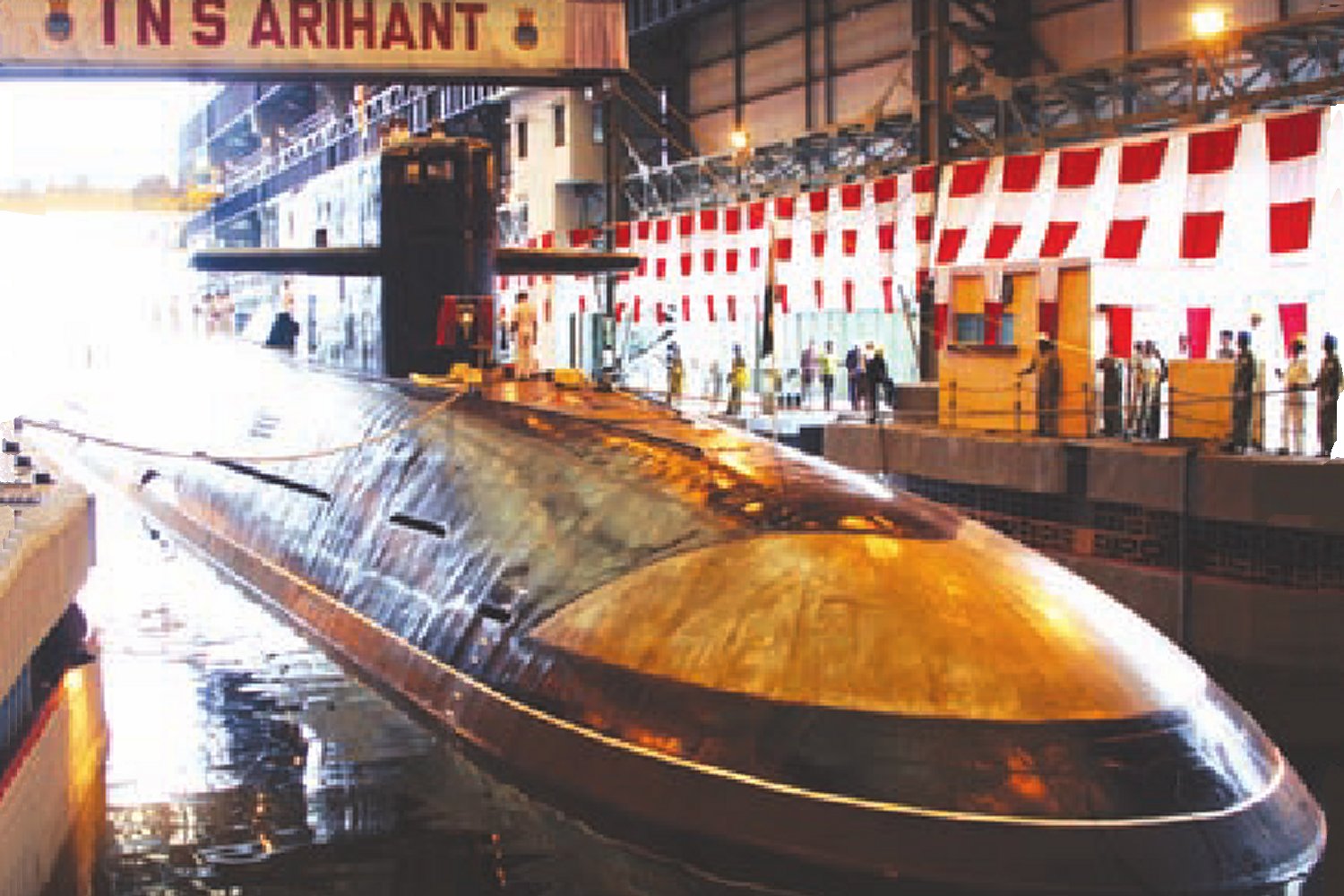 The first breakthrough in the project was achieved when S1 (Ship -1), a land based nuclear reactor went critical at Kalpakkam in 2006. ‘INS Arihant (S2)’ was launched on 26th July 2009 at Hindustan Shipyard Limited, Vishakhapatnam. Various private industries played an active role in the program. India’s leading private defence vendor – L&T – designed and fabricated the hull for the submarine. ‘Tata power’, designed the complex control systems for the submarine. The nuclear reactor powering ‘INS Arihant’ went critical on 10th August 2013 and the submarine was subsequently floated out to dry docks in December 2014. After a brief stint of harbour trials, the submarine ventured into the warm waters of Bay of Bengal in a half submerged state.

The K-15 is a two stage, solid fuelled SLBM having a range between 750-1500 kilometres. Till date only five nations have mastered the technology of developing a SLBM. ‘INS Arihant’ is capable of housing up to 12 K-15 missiles. The future submarines under the program will be bigger and will house a mix of K-15 and K-4 ballistic missiles. The K-4 SLBM is based on the Agni-III land based ballistic missile and is speculated to have a range between 3500-5000 kilometres. The missile will be capable of carrying a 2 tonne nuclear warhead and is speculated to have zero Circular Error Probable (CEP). All future submarines under the ATV program will be armed with K-4 SLBM. 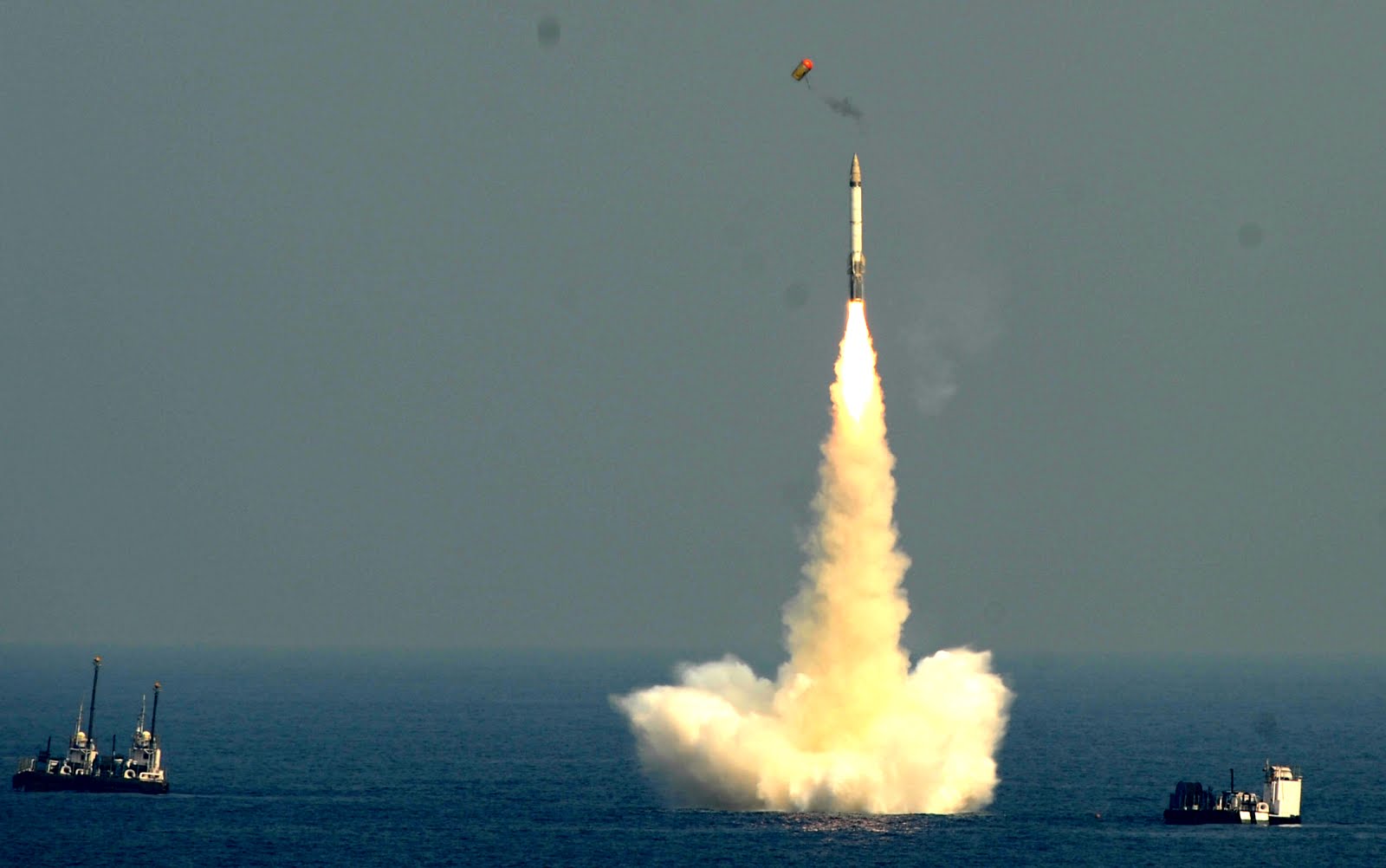 The submarine is expected to be commissioned to the navy as early as March, 2016. Arihant was expected to be part of IFR-2016, however, this was dropped considering the presence of foreign vessels in the vicinity. Fitted with some of the latest sensor suites, these vessels could gather key acoustical and thermal data of Arihant. These data are crucial during war times to classify threats and are perhaps the most closely guard secret in the naval circle.

The second vessel being built under the program, INS Aridhaman, is expected to be launched by mid-2016. The third vessel (S4) is reported to have reached hull fabrication level. Two more vessels, S5 and S6, are currently under construction at Vadodra, Gujarat. All the five planned vessels are expected to be commissioned to the force by 2022. These vessels will be far bigger than Arihant are expected to displace 8,000 tonnes. The vessels will also house both the K-4 and K-15 SLBM’s.

The induction of the Arihant class ballistic missile submarines to the force is a shot-in-the-arm for India. India had volunteered for a ‘No First Use’ policy when it comes to nuclear strike options. With the induction of these submarines, India has realized its hunt for a credible second strike capability. If at all an enemy dares to destroy land based nuclear missiles of India, the nation can immediately respond with a punitive retaliatory nuclear missile strike. 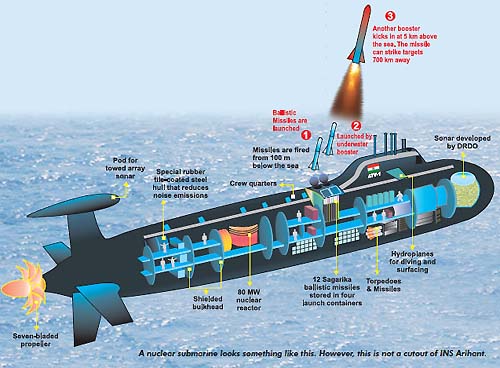