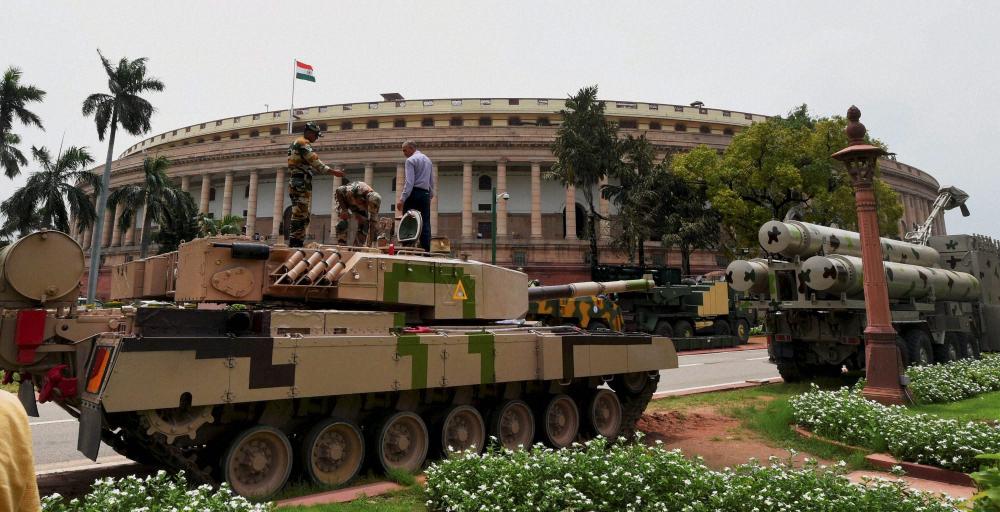 Our Arjun Main Battle Tanks (MBT) are ready to fire, BrahMos cruise missiles are aimed and ready to launch and tailing them are the Pinaka Multi-Barrel Rocket Launchers (MBRL). This scene is not in the Eastern or Western frontiers but in India’s power seat, the Parliament in New Delhi.

It’s no wartime exercise or a coup but exhibition time in the capital. In an effort to drive home its developmental struggles and the ‘Make in India’ concept, DRDO has organized an exhibition for the law makers of the country in the Parliament premises.

The three-day long exhibition was inaugurated by Sumitra Mahajan, Honourable Speaker of Lok Sabha.  Also in attendance were Defence Minister, Manohar Parrikar and DR S.Christopher, Director General of DRDO. The exhibition is scheduled to be held from August 3 to August5. 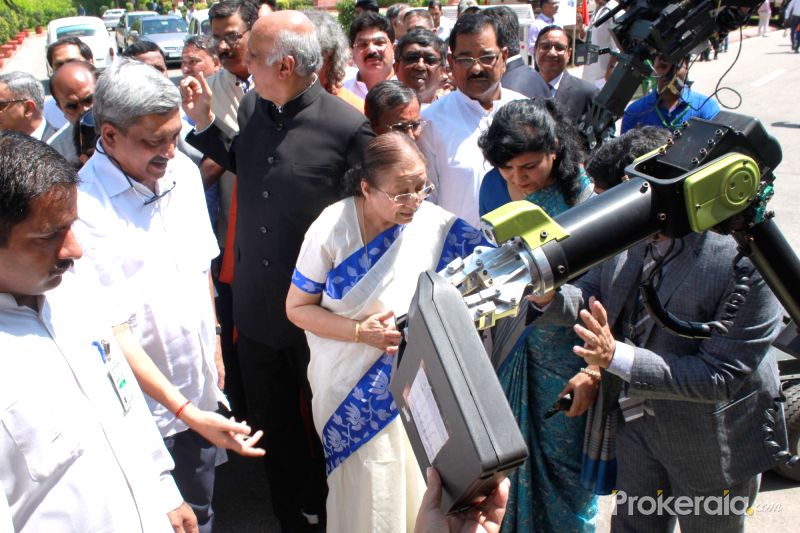 Sumitra Mahajan addressing the media after inaugurating the exhibition said “The exhibits that have been displayed here have overwhelmed me. Our scientists have been working to develop these weapons for the welfare of our country. At times we don’t realize there are so many people working behind a single project and we over look their struggles as small issues.” The speaker praised and lauded the efforts of DRDO personnel.

On display at the exhibition are some of the latest and cutting edge technologies developed by DRDO. The main theme of the exhibition is indigenisation and the Government’s new mantra ‘Make in India’ has taken the centre stage.

All eyes were on ‘LCA Tejas’. The aircraft which was recently inducted to the Air Force was indigenously developed by the country’s aeronautical fraternity. The muscular Arjun MBT did not fail in drawing crowds.

The world’s fastest cruise missile – BrahMos was also on display. The missile is capable of travelling at speeds in success of Mach 3 and has been classified as the world’s only supersonic cruise missile. It was jointly developed by India and Russia and has given decisive strike capabilities to the country.

Varunastra Torpedoes which were dedicated to the nation only last month were also on display alongside the Maareech ATDS systems. Varunastra is a heavy-weight anti-submarine torpedo that can be launched from naval ships and was developed by DRDO’s Naval Science and Technological Laboratory. 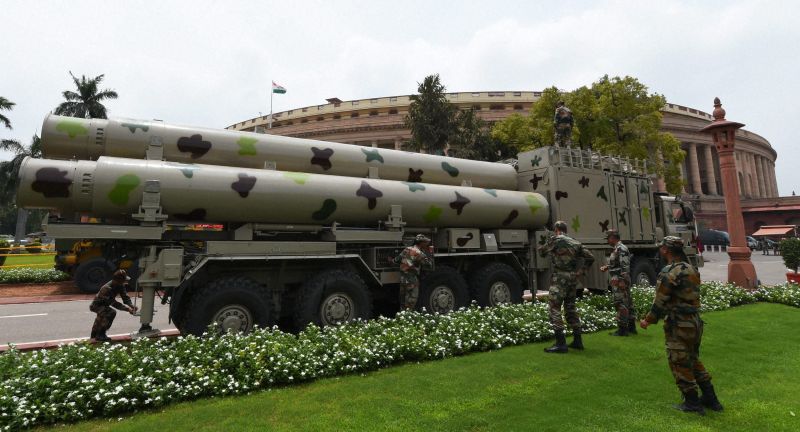 BrahMos cruise missiles in the background of the Parliament building.
Source – Deccan Chronicle.

DRDO or Defence Research and Development Organization is the leading defence developmental agency in the country. With over 52 laboratories spread across the country, the organization has been working relentlessly since decades to keep the forces battle ready.