The tech-giants of aerospace and defence industry – SAAB, today, completed a successful first flight of the next generation smart fighter, Gripen E. The aircraft designated 39-8 took off from Saab’s airfield in Linköping, Sweden and flew over the eastern parts of Östergötland for about 40 minutes. During the flight, the aircraft carried out a number of actions to demonstrate various test criteria including the retracting and extending of the landing gear.

It is a rare feat in the aerospace test arena for an aircraft to have performed these technologically demanding tests on its very maiden test flight. This according to company representatives speaks volume about the pilots trust in the systems that have gone aboard the aircraft. 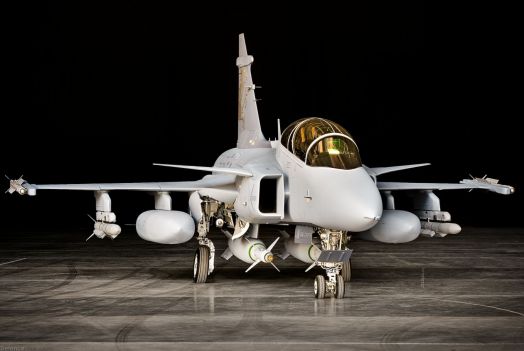 Gripen since its introduction has been developed under one of the most modular development cycles, which have effectively redefined the aircraft’s capabilities in every single stage. From the introductory Gripen – A/B version to the latest Gripen – E/F version, Saab has incorporated some of the most revolutionary technology onboard the aircraft.

The Gripen-E is based on the proven Gripen fighter platform and the development for the aircraft began in July, 2013. According to Saab, the Gripen-E fighter aircraft has been developed keeping in mind the future operational needs of the air forces across the world. The Gripen saga began with the Gripen-A/B version and has overtime evolved to be one of the most technological superior aircraft. Gripen features an extremely flexible and modular design, which has allowed Saab to continuously upgrade the aircraft.

The Gripen-E aircraft features more than 100 developments over its predecessor, the Gripen-C/D aircraft. Gripen-E is powered by a single General Electric’s (GE) developed F414G turbofan engine. The F414 power unit is extremely powerful and allows the aircraft to attain supersonic speeds. The super cruise technology enables the aircraft to sustain these speeds without engaging the fuel guzzling afterburners. 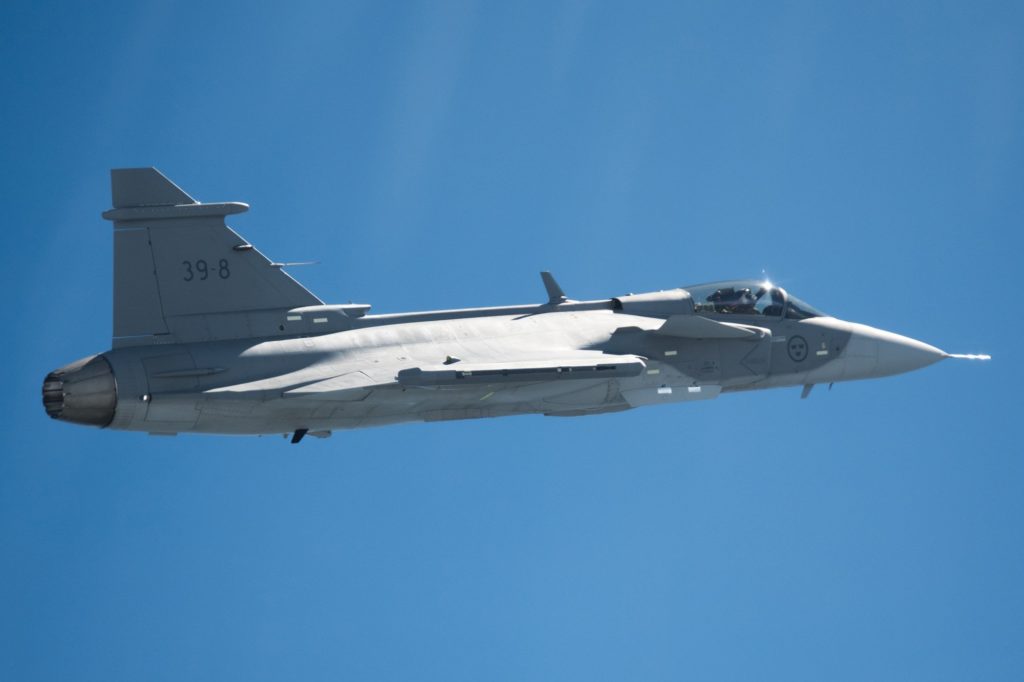 The eyes and ears of the fighter is undoubtedly the state-of-the-art Selex developed ES-05 Raven AESA radar system. The AESA radar enables the fighter to simultaneously track multiple targets in multiple directions.  The aircraft features Infra Red Search and Track (IRST) system which allow it to beat even the latest radar and detection systems. These latest sensor suites enable Gripen-E to maintain an unhindered situational awareness in the fluid battlefield.

Gripen-E is equipped with 10 external weapons pylons which enable it to carry extremely high amount of payloads. Being a ‘swing role’ fighter, the aircraft is designed to fly with both Air-to-Air and Air-to-Ground weaponry systems. The aircraft can carry multiple BVRAAM (Beyond Visual Range Air-Air Missile) and guided munitions. The advanced Electronic Warfare (EW) system enables the fighter to fend off any tracking radars. The primary weaponry system is complemented by a Mauser BK27 high velocity gun. These weapon systems make the Gripen-E an extremely lethal platform that can wreck havoc over enemy territory.

“The flight was just as expected, with the aircraft performance matching the experience in our simulations. Its acceleration performance is impressive with smooth handling. Needless to say I’m very happy to have piloted this maiden flight,” says Marcus Wandt, Experimental Test Pilot, Saab.

“Today we have flown this world class fighter aircraft for the first time. We achieved it with the fully qualified software for the revolutionary avionics system. This is about giving our customers a smart fighter system with the future designed in from the start. The flight test activities will continue to build on this achievement with the programme on track to achieve the 2019 delivery schedule to our Swedish and Brazilian customers,” says Jonas Hjelm, Senior Vice President and Head of Saab Business Area Aeronautics. 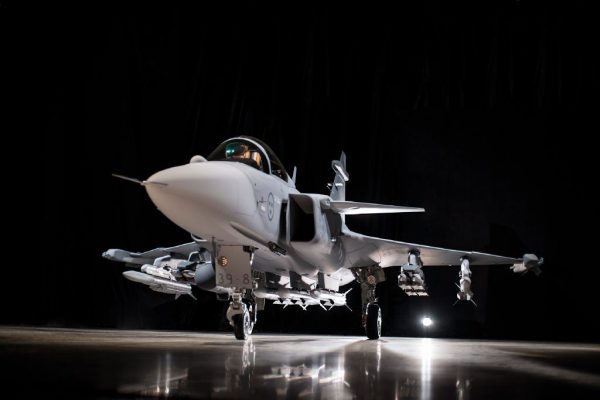 Gripen-E is a certified NATO-interoperable fighter aircraft that features cutting edge network centric warfare technology. Another star feature of the Gripen-E is its turnaround time. Saab claims the turnaround time to be less than ten minutes when the aircraft is in air-air mission and the same to be at around twenty minutes when the aircraft is performing air-ground missions. Gripen also features an unmatched Short Take Off Landing (STOL) capability.

Swedish Air Force has committed itself with the Gripen-E program and plans to operate these able jets under their wings by the late 2018’s. Brazilian and Switzerland Air Force will receive the Gripen-NG fighter, an export variant of the Gripen-E by 2019. Saab has confirmed that various African countries are in final stages of negotiations for signing a contract to acquire the smart fighter.

Gripen is a highly capable aircraft and at the same time is a cost effective option. The introduction of Gripen-E, an extremely smart fighter has fortified Saab’s hold in the aerospace market.