The Exigent Need for Naval Helicopters 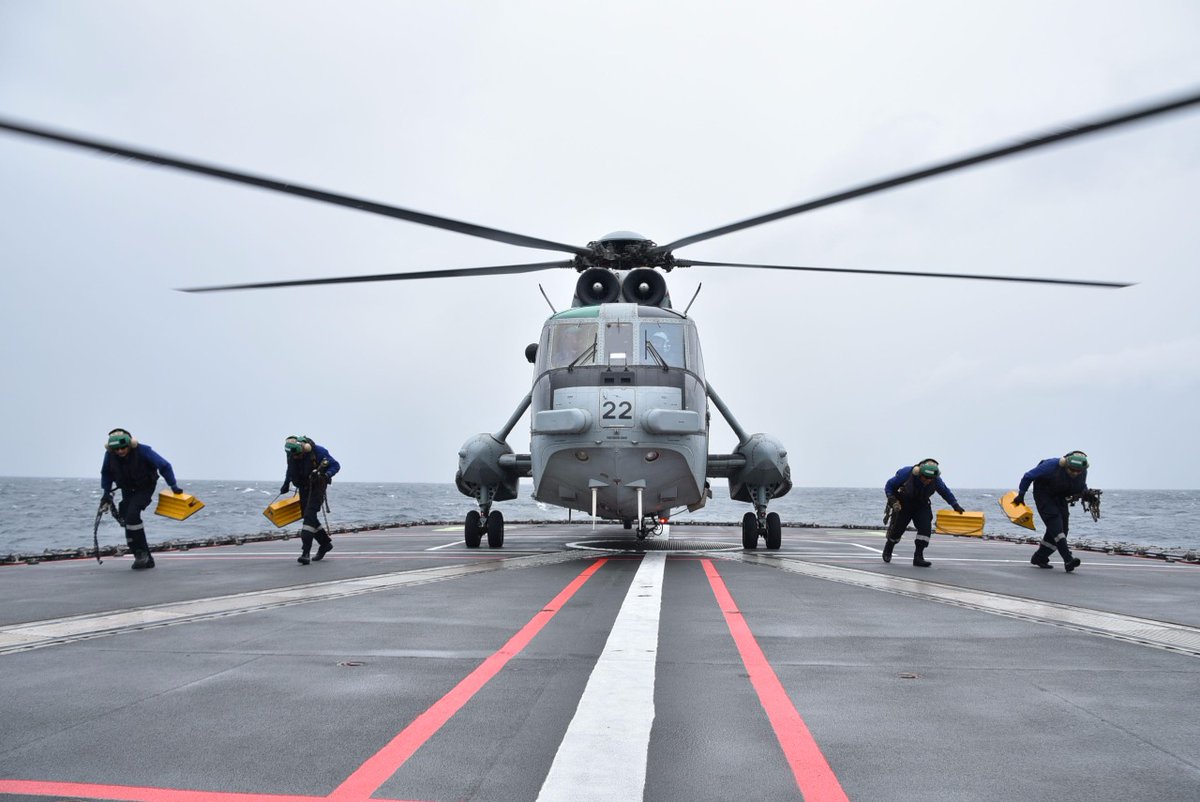 Inarguably, one of the most delayed procurement programs for the Indian Navy under its robust modernisation plans has been the acquisition of rotary wing aircraft. While missing acquisition roadmaps, increased financial burdens and bureaucratic red tapes have for years delayed this ‘strategic’ program. The vast strides the Navy has made over time with its surface fleet has only augmented the need for these platforms.

Increased enemy foot print and threat perception in the Navy’s operational horizon coupled with an extremely aging fleet of rotary aircraft has largely limited the Indian Navy’s capabilities in conducting crucial SAR, ASW and ASuW operations. This scarcity has directly increased the operational risks for several forward deployed vessels of the Indian Navy. With the Navy steadily sailing towards attaining the much awaited blue water capabilities, it is imperative that the force is equipped with a potent fleet of these aircraft.

Following the introduction of the Strategic Partnership (SP) model, the Indian Navy has now began a fresh procurement case for these platforms. In August, 2017, Indian Navy issued a global RFI for procuring hundreds of helicopters from global manufacturers.

Considering the exigent need and successive failed tenders for these platforms, the Navy is learnt to have already made multiple presentations to senior officials of the MoD, making a strong case for enhancing the pace of procurement. The Navy is also working towards finalizing the Naval Staff Qualitative Requirements (NSQR) at the earliest.

The RFIs, for both the Naval Multi Role Helicopter (NMRH) and Naval Utility Helicopter (NUH) worth well over $15 Billion, is believed to have been forwarded to at least six global helicopter manufacturers, according to sources. Representatives of Russian Helicopters, Airbus Helicopters, Sikorsky and Bell Helicopters have confirmed that their companies have indeed received the RFIs and they are in the last mile of replying to MoD.

A MoD source speaking about the RFIs confirmed that the timeframe for these RFIs has now been reworked after several manufacturers had requested for the same. According to the source, the MoD is believed to have now revised the earlier set deadline (October, 2017) for replying to the RFI to this year end.

Talking about the way forward with the procurement program, a MoD official did agree that the envisioned timeframe was ambitious and delays may indeed creep in as the case moves forward. The RFI had earlier listed the tentative RFP issuance time frame, somewhere around mid-2018. However, the source maintained that the MoD was pursuing the case with at most urgency and assured that a RFP would follow at the earliest and again pointed that the offers in RFI will be the building blocks.

The operational roles as described by the Indian Navy for these platforms have mandated the need for two different classes of helicopter platforms. While the Navy desires to acquire Naval Multi Role Helicopters (NMRH) for operating in crucial offensive roles, Naval Utility Helicopters (NUH) are being sought for support operations. 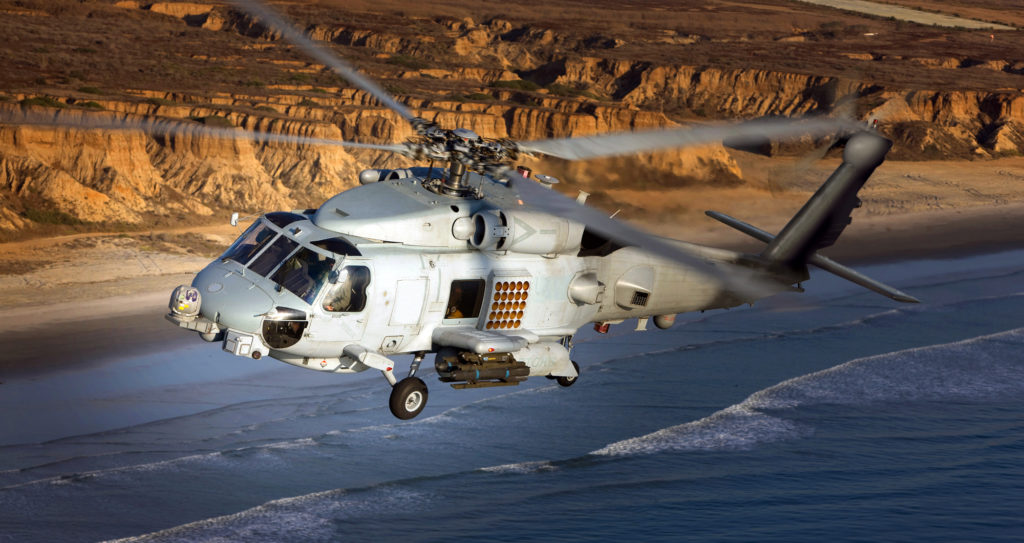 Addition of these platforms remain extremely critical in enhancing the defensive postures of forward deployed naval vessels, especially in the backdrop of increased presence of Chinese submarines along the operational waters of the Indian Navy. These helicopters, which are usually deployed ahead of warships, are crucial to scouring the waters for enemy submarines and also for neutralizing such hostile threats.

The RFI floated in August, 2017 has raised a requirement for about 123 of these platforms in the 12.5 tonne category. While the primary role envisioned for these helicopters will be ASW, ASuW and ELINT (Electronic Intelligence) operations, they will be also required to perform in support roles such as CSAR (Combat Search And Rescue), limited Medical Evacuation and Logistics roles when required by the Navy. Besides, the Navy has mandated these platforms to perform in Special Operation configuration, wherein, they will be required to perform troop carriage and maritime interdiction operations.

While Sikorsky’s S-70B MRH platform, that have been down selected for the role on several occasions both by the Indian Navy and the MoD, currently lead the fray for the multi-billion dollar tender, the NH industries consortium (Airbus, Agusta Westland and Fokker) manufactured NH-90 and the Airbus’ H225M helicopters closely follow the S-70s.

Even though the NMRHs fulfil the requirement for combat role, the Navy is also scouring the global market for a utility helicopter to operate in logistics, communication and critical support roles. In this regard, the Navy alongside the RFI for the NMRHs in August, 2017, issued a RFI for acquiring 111 twin-engine utility helicopters.

At around 5-tonnes, these helicopters are required to perform SAR (Search and Rescue), MEDEVAC (Medical Evacuation), Communications duties, Anti-piracy and Anti- terrorism and HADR (Humanitarian Assistance and Disaster Relief) operations. Besides these requirements, the Navy has also listed a need for these platforms to perform limited reconnaissance and targeting, thus, augmenting the reach of frontline battle vessels. To match these requirements, OEMs (Original Equipment Manufacturer) will have to equip their platform with advanced sensor suites and at least a single light-weight torpedo.

Through this acquisition program, the Navy is planning to replace the current fleet of Chetak and Cheetah helicopters, which have well surpassed their shelf life. Given the dismal availability rates of the Chetaks and Cheetahs, DAC (Defence Acquisition Council) has already issued Acceptance of Necessity (AoN) for these platforms. The Navy is working towards concluding this tender by the next year in an effort to answer its ever increasing need. 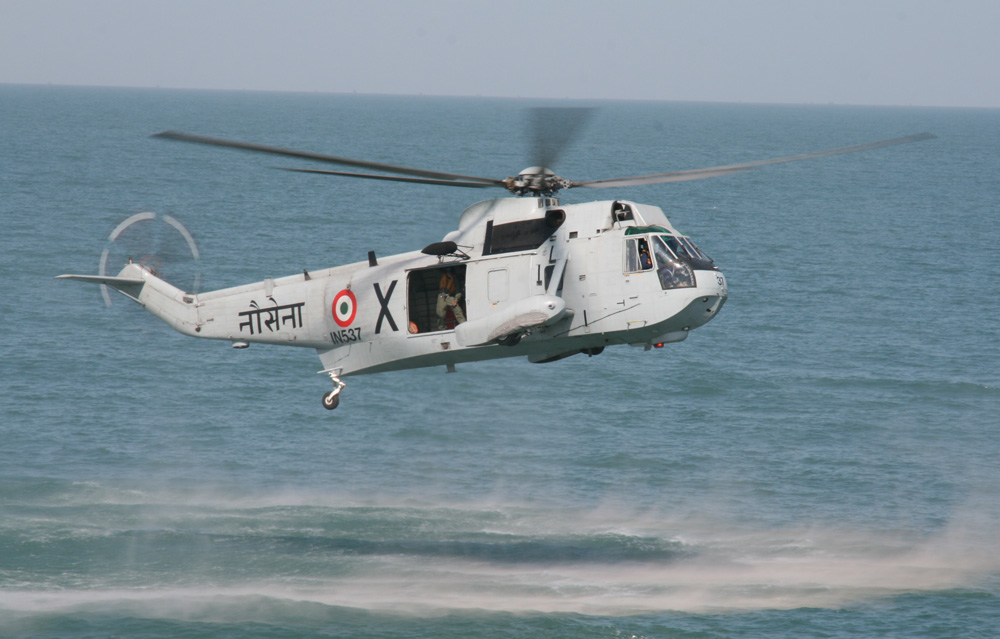 While Airbus is offering its AS-565MB Panther platform for the high-stakes tender, Sikorsky and Bell are offering their S-76D and B429 platforms respectively. The Panther having entered service with various operators has a distinct lead in the tender.

With both the tenders being moved under the Buy and Make (Indian) category of the Defense Procurement Policy (DPP-2016), the acquired platforms promise to feature a degree of indigenous content. Being routed through the Strategic Partnership (SP) model, the participating global manufacturers are mandated to tie-up with local partners to execute the clauses as mentioned.

Tata Advanced Systems Limited (TASL), Mahindra Aerospace, Reliance Defense and Engineering Limited (RDEL), Larsen and Toubro (L&T) and Bharat Forge Limited are competing to be selected as strategic partners under the ‘helicopters’ category of SP model. However, Bell Helicopter and Airbus Helicopter have already partnered TASL and Mahindra Aerospace respectively for working together in meeting the requirements of the Indian aerospace market.

Combined together, the RFIs, which are worth well over $15 Billion, have heralded the beginning for one of India’s biggest defence acquisition deal. Once acquired, these choppers will go a long way in boosting the Navy’s outreach along its sphere of influence.