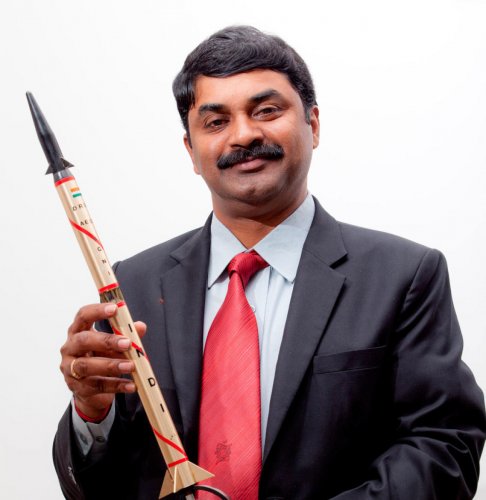 Ending months of waiting months of wait for the country’s defence scientific community, the Appointments Committee of the Cabinet has approved the appointment of Dr G. Satheesh Reddy, Distinguished Scientist and Scientific Adviser to Defence Minister (SA to RM) to the post of Secretary, Department of Defence Research and Development (DDR&D) and Chairman, Defence Research and Development Organisation (DRDO).

The post was lying vacant for over three months since the former Chairman S Christopher superannuated from service. Dr Satheesh Reddy, a graduate in Electronics and Communication Engineering from JNTU, Anantapur, is well known for his significant contributions towards indigenous design, development, deployment of diversified Missiles & Strategic Systems, Guided Weapons, Avionics technologies and for sustained efforts in advancement of Aerospace technologies & Industries in India. He has been working on several cutting-edge technologies at RCI, Hyderabad.

Dr Reddy, who  joined Defence Research and Development Laboratory (DRDL), Hyderabad in 1986, has since worked on several cutting-edge technologies at Research Centre Imarat (RCI) since its formation. From a young navigation scientist and System Manager he rose steadily and after his multiple significant appointments and decades of sustained contributions to Defence R&D, was elevated as Distinguished Scientist in Sep 2014 and was appointed as Scientific Adviser to Defence Minister in May 2015.

As SA to RM, he has significantly contributed towards the formulation of many national policies and pivotal in evolving roadmap for self-sufficiency in Missiles. As Director General, Missiles and Strategic Systems (DG, MSS), he spearheaded Dr APJ Abdul Kalam Missile Complex Laboratories – ASL, DRDL and RCI, ITR, TBRL & other technical facilities. He led the design and development of a wide range of tactical and strategic missile systems to attain complete self-sufficiency in Missiles and initiated many new projects to equip Armed forces with state-of-the-art weapons and technologies. He invigorated the BMD programme and developed the mission critical technologies for Long Range Agni-5 missile. As Director, RCI, he led many Programmes, Projects and steered the development of indigenous RF and IIR Seekers. As Programme Director, successfully developed the Medium Range SAMs and achieved a streak of successes in the maiden missions. As Project Director, developed the country’s first 1000kg class Guided Bomb and laid foundation for Long Range Smart Guided Weapons. He is a renowned Navigation expert and as Project Director and Technology Director, steered the design and development of indigenous Inertial Sensors, SatNav Receivers, advanced Inertial Navigation Systems for a variety of defence applications including the Ship Navigation.

He holds the distinction of being inducted as Fellow of Royal Institute of Navigation (FRIN), London, Royal Aeronautical Society, UK (FRAeS) and Foreign Member of the Academy of Navigation & Motion Control, Russia. He is an Honorary Fellow of CSI & Project Management Association of India, Fellow of Indian National Academy of Engineering, IET (UK), Associate Fellow of American Institute of Aeronautics & Astronautics, USA and many other Academies/scientific bodies in the country and abroad.