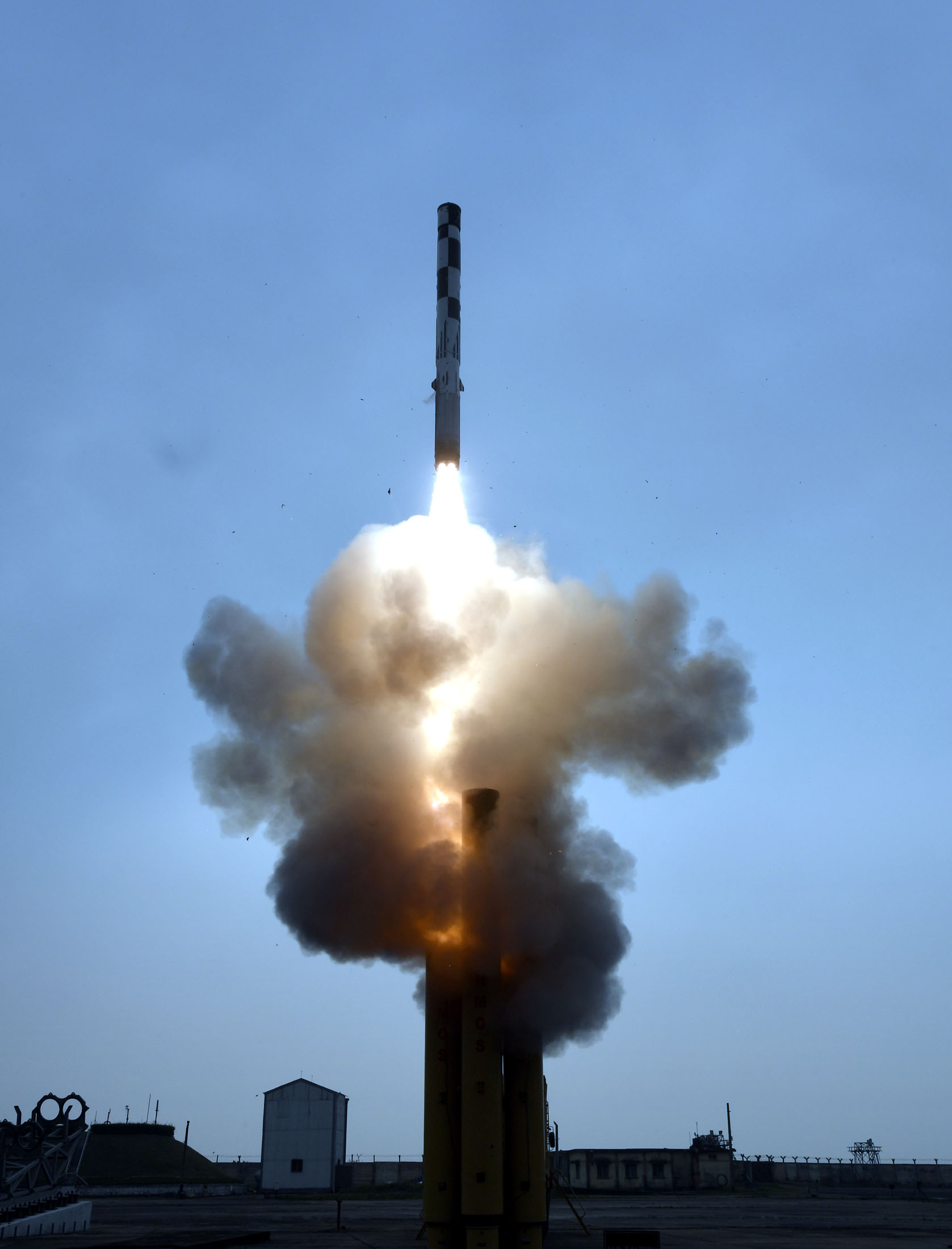 On 17 December 2019, Defence Research & Development Organisation (DRDO) along with Indian Air Force and BrahMos Aerospace successfully conducted two separate trails of supersonic cruise missile BRAHMOS, one each from land and air platforms near Balasore, Odisha to check it capability to hit targets with precision and accuracy.

While a land-attack version of the missile was test-launched from Launch Pad-3 of the Integrated Test Range(ITR) at Chandhipur at around in the morning, an AirForce variant of BRAHMOS was fired from an IAF fighter jet Su-30MKI over Bay of Bengal.

A defence statement said “The first missile launch was from a land-based mobile launcher(MAL), where most of the components were indigenous, including the missile airframe, fuel management system and DRDO designed seeker. The second launch of the missile was carried out by IAF from Su 30MKI platform against a sea target. The test conducted in user configuration, revalidated the ship attack capability of the advanced air-launched cruise missile.”

During the test, the missile was launched from the air combat platform’s fuselage and the two stage weapons engine fired up and the missile straightaway propelled towards the intended target positioned at the sea, piercing it with “pin point” accuracy, the statement said.

The twin trials, carried out to check the capability of the armed forces to hit targets with pin-point accuracy, were successful meeting all the parameters.Earlier in May 2019, IAF had successfully tested the missile against a land-based target in the CarNicober Islands region. The Brahmos Air Launched Cruise Missile (ALCM) promises to bolster the air combat capability of IAF from stand-off ranges.