Battlefield Management System – A futuristic plan for digitization of the battlefield !!!

The situation on a battlefield is fluid and keeps changing rapidly. More is the awareness of the happening on the battlefield, better decisions can be made and better counter-measures be deployed. In a fluid environment, the situation keeps varying rapidly and the only way any situational awareness can be attained is by maintaining eyes and ears in the battlefield. Can this mission be left-out to human sources alone? Can the mission be carried out by increasing the reconnaissance missions? Or is there any technology, which not only works on the battlefield but also keeps tab of the activities? The answer is simply implementing a management system that can manage the battle field activities named the Battlefield Management System (BMS).

Battlefield management system (BMS), is a state-of-the-art digital system, which promises rapid acquisition and processing of information relating to the battlefield. This process of rapid acquisition and processing of information, helps to greatly enhance the command and control cycle of a military unit. Charged with the BMS, a military unit can have complete situational awareness of the battlefield. The BMS displays all crucial data required by a Field Commander at any given point of time, hence enhancing the decision making capability of the unit. In the chaos of battle, the ability to manage and control events at combat levels as they unravel on the battlefield is the key to the success of an operation. BMS thus helps in maintaining a situational analysis and fastening the decision-making cycle pertaining to the battlefield.

BMS is a highly versatile, flexible, multilevel and fully interoperable tactical command and control information system. Providing ground forces from the level of a Commander down to the individual soldier – with integrated situation awareness, a common communication infrastructure, collaborative planning tools and knowledge-based command and control capabilities. 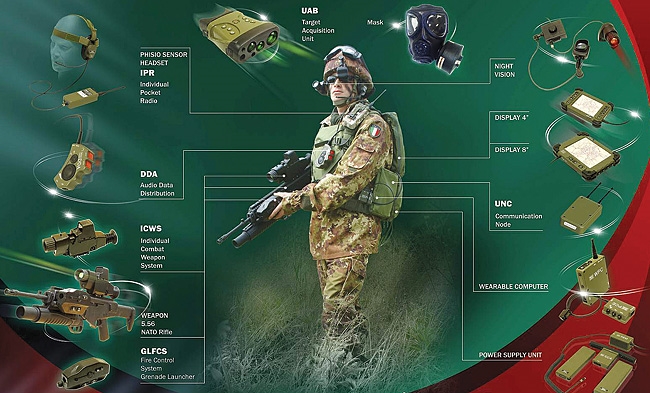 The need for a BMS in the Indian Army has been echoing for years and was felt clearly after the Kargil operation. Indian army has been actively studying the BMS implemented across the globe. Indian army has the ambition of implementing a reliable BMS and has set aside INR 50000 Crore/ US $ 8 billion for the procurement process. Indian Army has already floated an International tender, for equipping the army with a BMS under the ToT or Make in India campaign. The competition for the tender has been intense and various companies have formed working groups with Indian giants to equip the army, with the latest BMS system.

Rolta in collaboration with Bharat Electronics limited (BEL) has been actively pitching for their latest BMS system for the project. Tata Power SED and L&T Defence have also formed reliable working partnership to field their system. Both these working partners will now develop, a BMS individually and will then deploy the same for field tests. The selected BMS will be rapidly inducted and the selected company will be reimbursed with 80% of the development cost. The first Prototype of the BMS would available with the army by 2017 for field testing which would last for around a year.

BEL has been selected as a ‘developmental agency’ and is charged with the development of every aspect relating to the project. BEL has established a testing hotbed for BMS, this enables continuous evaluation and implementation of user requirements. BEL has been a key partner of DRDO in the development of several Tactical Command, Control and Communications & Intelligence (Tac C3I) systems being used by the Indian Army. Having worked as the developer and integrator of several Tac C3I systems, BEL has an unmatched knowledge regarding the Indian army needs.

As newer and newer technology reaches the battle-filed, it evolves every second. The advent of more lethal weaponry has made the battlefield extremely chaotic. But technology like BMS has now made it possible for battlefield commanders to see their areas of responsibility in depth and in real time. This has also helped to develop an accurate common picture of the battle space. This can further be shared right to the bottom of the command with a click of the button. This has been made possible only by enabling rapid acquisition, processing and transfer of information, enhancing situational awareness and acquiring capability to react to the available information.

The Management of the information available on the battlefield is crucial and decides the course of the war. The BMS is a third generation warfare system. This third generation system effectively digitizes the battlefield. The sensors and weapons which are used in current warfare are now using extensive digital technology. The sensors, weapons and units which help in enabling the digital technology collectively help in integrating and bolstering the usages of Battle Management Systems (BMS).

BMS can effectively provide an integrated ‘Common Operating Picture’ which can be used by the all armed forces to plan evasive plans collaboratively. This helps in exercising highly effective control over operations in a dynamic and ever changing battlefield. The main principal of the BMS is based on Observe-Orient-Decide-Act (OODA). This process involves quickly, observing and reacting to unfolding events more rapidly than an opponent, this can thereby “get inside” the opponent’s decision cycle and gain the advantage.

Most advanced countries have a very well implemented situation awareness packages but what is crucial is integrating these packages and digitizing them. In an implemented BMS it is crucial for the system to cover the whole military command from the highest order to even a foot soldier. The BMS sought by the Indian Army is expected to perform a variety of operational situational awareness tasks and should also be of decision making support end to a battalion. The Commanding Officer will have a very high amount of situational awareness and through this, can command his unit to a very effective position against the enemy with the help of a secure communication link.

The BMS system being sought by the army is a mobile tactical command and control platform which are integrated with sensors, various weapon platforms and decision making command units. This effectively reduces the time taken for making these decisions with the help of real time analysis of the battle field. BMS will comprise of wearable or hand-held information relay systems which are mounted or controlled on an individual soldier; this information is further relayed to a central command through a secure communication link.

BMS also compromises of vehicle mounted information systems which relay the information back to the Central command. This information relayed back is quickly analysed and with the advance systems is placed in real time situations and crucial decisions. The decision made now is verified with various other commands charged with the crucial surveillance task. These commands are responsible for noting the location position of the enemy and the friendly forces. Once the positions of these forces are made available and the battle field scenario is drawn up the information is soon analysed and is forwarded to the strike units which have the crucial weapons systems. These weapon platforms are integrated as part of the BMS. With a higher level of combat information available these forces can retaliate/Strike forward enemy positions inflicting huge drawbacks on the hostile forces and paving the way for forward movement of ‘friendly forces’.

The BMS is one of the most crucial projects for the army and can turn out to be a major factor deciding the outcome of a operation. BMS is also one of the projects selected by the government for ‘Make in India’ platform. BMS was cleared from the DAC (Defence Acquisitions Council) tables in July, 2013. The EoI (Expression of Interest) for the project was issued by November, 2013. Around 15 companies received the EoI for the project which involved the Larsen & Turbo, BEL , Rolta , Tata Powers and various other companies. The companies were given four months to form consortiums, forward the proposals and a detailed plan to be submitted to the MoD by July 2014.

The foreign consortium involved of Israel Aerospace Industries, Rafael and Elbit from Israel, Thales of France, BAE systems from UK and General Dynamics of US. The MoD would be funding around 80 % of the project cost and the remaining 20 % to be funded by the foreign companies. Two consortiums would be selected and their BMS would be put to test on battle fields and the best one would be finally cleared by the MoD to be implemented on the Battlefield. The implementation of BMS has a long way to progress with at least 3 years required to test the systems at various levels and finally to be implemented at a battle field level.

BMS is a force multiplier that gives a combat edge to a military force. It enables faster and accurate decisions to be made which may totally change the course of an operation. With the location of every single tank, artillery and soldier known the command can easily make course changing decisions. If the system is put in place, the command will have a hawk eye over the battlefield enhancing the capabilities of the command to manage ground forces of the third largest army in the world.

A quick look into the BMS system