Gearing up catalyst for the Indian defense manufacturing 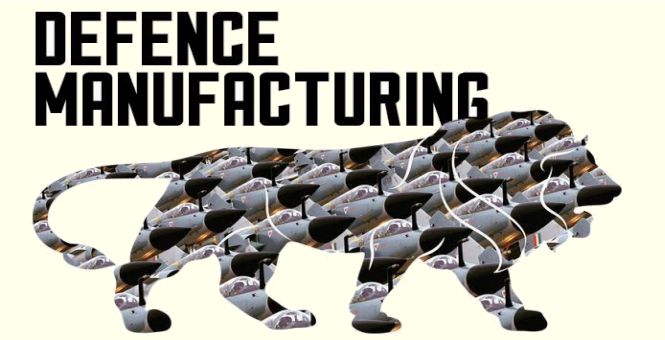 Being the only large country that is dependent too much on external sources for the defense requirements, India has got a hope in the Make in India campaign to be self-reliable in the defense sector. If we consider the stats provided by the Stockholm International Peace Research Institute (SIPRI), India is the world’s largest arms importer.

Under the initiative of MakeInIndia, defense manufacturing has been identified to stimulate the industrial growth in India.

The prime drawback of India’s defense manufacturing is the lack of a high-powered institution that can lay out a long term roadmap for the defense industry, set a target for the industry, monitor the progress and more importantly bring all the stakeholders on one platform and commit to the common cause of MII or self-reliance.

To start the program, the government has to identify the existing and new companies in the field of defense, which are under the guidance of defense personnel. The defense production agencies which are a part of the government are just manufacturing without having a control on the technology.

DRDO has been enjoying the monopoly over India’s defense research and development. Depending solely on the DRDO for technology has not given any desired results. DRDO has been a much esteemed government body with the best of the scientists, researchers and over 50 labs. But the buffering gap in the R&D compared with other nations and the minute drawbacks in the academia has made us to outsource the technology. On the other hand, the top notches in defense manufacturing like US, Israel and other nations foster R&D at non-government agencies also. If we consider U.S., Defense advanced research projects agency (DARPA), which has hosted a lot of innovation in the field of Global Positioning System (GPS), Unmanned Aerial Vehicle (UAV) and internet, does not do R&D on its own. A surprising fact is that it doesn’t even have a lab in its possession. However, it identifies the potentials from industry, government laboratories and individuals and rewards them with R& D contracts, which does come with a clause of execution within 3-5years.

Israel, the most reliable ally of India, is another nation which lets the private sectors to take a huge part in the defense manufacturing. Like the DARPA, Israel has the Office of the chief Scientist (OCS) that is responsible for executing R&D policies of government to encourage innovation. Even OCA offers R&D contracts to the potentials and manages them with a team.

To get into the league of broader spectrum in R&D, India should try to shift its complete dependency from DRDO and the government should start supporting the existing and emerging companies in defense manufacturing in an exponential form.

Indian defense industry was opened to the private sector in 2001. When it comes to the big contracts, procedural obstacles are making it impossible for the private sector to stay in defense manufacturing industry. If privates sector is considered as an equal partner, the chances of MII being successful will be high.

Another key factor, which has been the obstacle for the DRDO is relatively low profile of the workforce compared to other national agencies.  Low education and lack of training on the specific domain and instruments has been another factor that has made ISRO and even HAL to hind back in achieving the rapid progress. Sticking to the old syllabus and subjects is not giving edge to the young scientific Indian souls. The most essential subjects have been not taught in depth even in IITs and other esteemed universities also.

However, ISRO has been tapping the talents at very early age and providing graduate-post-graduate and doctoral programs in the areas of space science and technology. Yet again, there is no dedicated university for the defense, which whoompingly seeks the attention to be provided.

Even if we have a Transfer of Technology (ToT) from our allies, we might have to rely on the engineers of those countries for a longer period. Training our own engineers on the subject and all the extended procedures will take a lot of time. MII can even bring the valuable education to India.

The new government has been successful and having a firm steps in acquiring the much required products for our arsenal. This leads to the tech requirement, which may require the brightest minds in a large numbers. The government must ensure that the local industry is geared and incentivized enough to rise up to the expectations and make the government’s ‘Make in India’ initiative a success story.

According to the estimation of the MoD, the budget for defense modernization is more than $130 billion for the coming decade. If the opportunity is utilized well, it will have positive impact on the wider economy by improving India’s self-reliance in defense production.