Terrorist David Headley Deposes in 26/11 Case. Nails ISI And Pakistan Role In The Attacks! Will This Deliver The Death Blow? 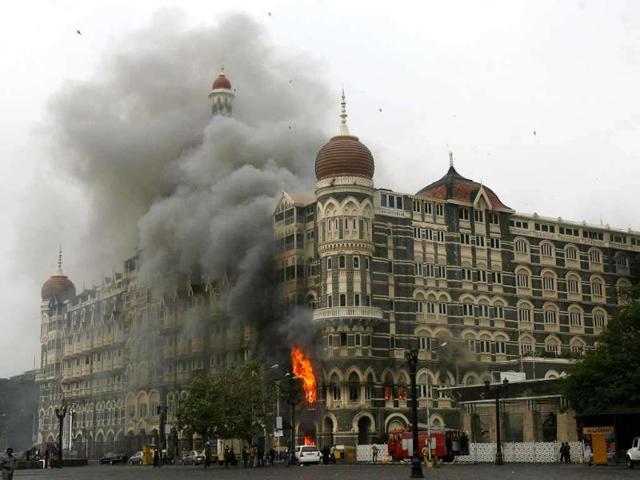 India’s quest, to prosecute the perpetrators of the ghastly ‘26/11 – Mumbai attacks’, has received a major boost. David Coleman Headley – a Pakistani-US National, and a key conspirator in the terror attacks, has deposed as an approver. Headley was arrested in USA, shortly after his connections with Lashker-e-Taiba were ascertained. His deposition has given Indian prosecutors and anti-terrorist experts, a new insight into LET’s modus operandi. Headley has also given a chilling blueprint of how the attacks were carried out.

Headley’s deposition started on Monday through a Video conference. He explained in detail about his roles and contacts in the attack to Special Judge G.A.Sanap. The first contacts named by the terrorist were LeT founder Hafiz Saeed and Zaki-ur-RehmanLakhvi – the operations chief. He further named – Sajid Mir as his handler, during his tenure in the terror outfit. India in the past had named all these individuals as conspirators in the terror attack. Pakistan had failed to arrest or act against any of them. 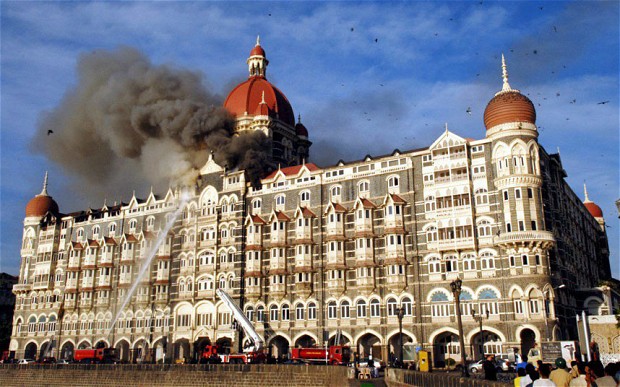 David Headley was introduced to the LET by his childhood friend – Tahawwur Raha. Headley was readily accepted into the organization given his Pakistani origin. Headley made multiple trips to Pakistan and finally in 2003 he met Lakhvi at Muzaffarbad where LET’s HQ is situated. Headley was put under a rigorous training program along with 124 other operatives. He graduated in 2004 and claims this training is over seen by Pakistani Army.

In a meeting which had Lakhvi and JuD chief Muhammad Saeed in attendance, India was selected as the target for a terror strike. Headley was then personally hand-picked by Lakhvi and sent to India. Headley arrived to India on 14th September 2006 with his wife and stayed in Taj Mahal Hotel, Mumbai. His local contact was Bashir Sheikh.

During his stay, Headley recced the Naval Station at Mumbai. Headley also video graphed “Taj Hotel, Maharashtra Police HQ, the Oberoi Hotel, CST, Leopold Cafe and surrounding areas.” He also confessed to have put Naval and Air station under his surveillance. He has said the ‘Siddi Vinayaka Temple’ was specifically asked to be covered by Lakhvi himself. He then saved the exact location of every target on a GPS device and the terrorists used the very same data during 26/11.

Headley left Mumbai on 28th September 2006. He also confirmed that India’s IT capital – Bangalore, was also on the hit list. The city houses some of the most crucial defense installations. Headley also named the nation’s capital – New Delhi, to be on the top of the terror hit list. He has confirmed that he visited areas around the Vice-President’s residence and India Gate. 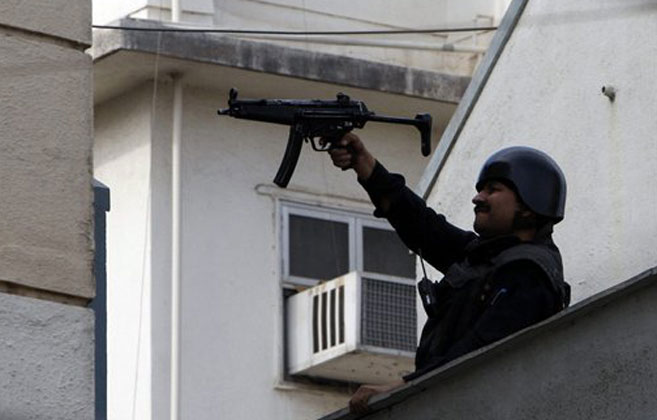 A NSG Commando fires towards the terrorist hide-out. Source – Net.

According to Headley, it was in a meeting held in November 2007 that Mumbai was choosen as the target. He said the other two cities were dropped because of the tight security envelope that surrounds them. The meeting was attended by Sajid Mir, Abu Khafa and Lakhvi. Headley claims his video and photographs were at the centre of the plans. Lakhvi asked Headley to visit India yet again and video graph the ‘second floor of Taj Mahal’ in detail.

When questioned, why specifically the second floor, he laid out LET’s bloody plot to target a meet of Indian defense scientist community. Using his video and photographs, a mock up of the hotel was created. Fortunately, the attack fell apart in the last stages. Headley also claimed, that LET prior to 26/11 had twice attempted to attack Mumbai. But, these attacks had failed due to the unfriendly sea routes and regular patrols that were thrown up by India.

Headley claims his first contact with ISI was in 2006. According to him, Major Iqbal was his first contact and names him the recruiter. Headley also names ‘Sajid Mir’ as his handler in both ISI and LET. Sajid Mir himself was a senior Pakistani army official. Today multiple Intelligence sources, have confirmed that Sajid is in-charge of recruiting, motivating and training youths. USA is believed to have solid intel regarding the role of ISI in recruiting youths for terrorist organizations.

Headley has given further insight into the illicit relationship that exists between ISI and various other terror outfits. He claims ISI is the mother organization for various terrorist activities that are shipped over the border. According to his testimony, ISI is believed to finance and nurture, any organization that is capable enough of mounting terror attacks against India. Besides, it also provides military-grade training to all terrorist and is accused of providing psychological help.

Headley has claimed he was repeatedly met by ‘Abdul Rahman Pasha’ – a retired high-ranking officer from the 6 Baloch regiment. He has also confirmed that most of the LET operatives are trained by Ex-Pakistani commandos. He has confirmed that almost every terror outfit operates training centres in and around Lahore and Abbottabad. He further claims that, JuD chief Mohammad Saeed and Zakiur Rehman Lakhvi – LET’s terror-operation chief- are in direct contact with ISI.

Headley also claims he was recruited by Maj. Iqbal to work with the ISI. He was then out in-charge, of befriending senior Indian Army officials and extract data about troop movement. He was also asked to specifically target recruitment officers and keep close association with them. A Colonel from the Pakistan Army is believed to have met Headley multiple times to collect photographs.

Headley confirms Pakistan was and is a safe heaven for terrorists.

Much to the amusement of the prosecution, Headley himself has labelled Pakistan a heaven for terrorists. According to him, some of the most wanted terrorists roam freely around Pakistan. He has also confirmed his meetings with, JuD chief and Zakiur Rehman Lakhvi was mostly within Pakistan. He says LET and various other organizations have set-up training camp right inside Pakistan.

He has also confirmed that Pakistani Army for long has been using drug-smugglers to supply terrorists with weapons. Headley says public ‘anti-India speeches’ are common inside Pakistan and people are dictated to consider India their enemy. These claims by Headley have brought out the secret plots – ISI and Pakistan Army had drawn. At a time, when cries for ‘demilitarization of Siachen’ are heard from both the sides, Headley has virtually confirmed Pakistan’s role in the attacks. 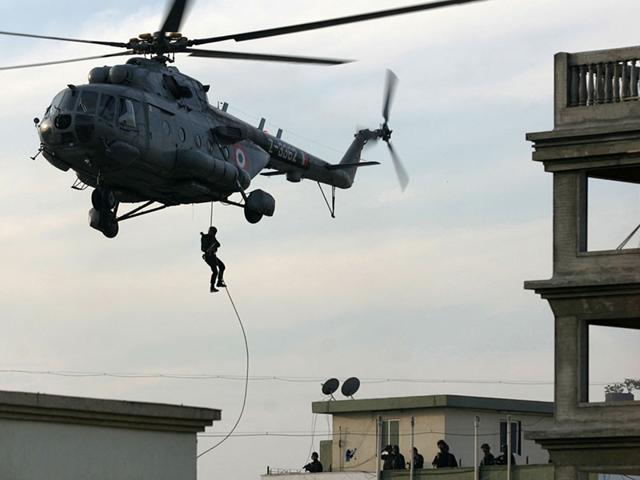 The question, if Pakistan is really trustable has been answered. Pakistan was, is and will be a safe heaven for all terrorist organizations. Headley’s accusations have driven a nail right into Pakistan’s innocence story. It has to be seen if this will deliver a ‘death blow’ to the perpetrators of the gruesome ‘26/11 – Mumbai attack’ that killed 164 people and left 400+ wounded.