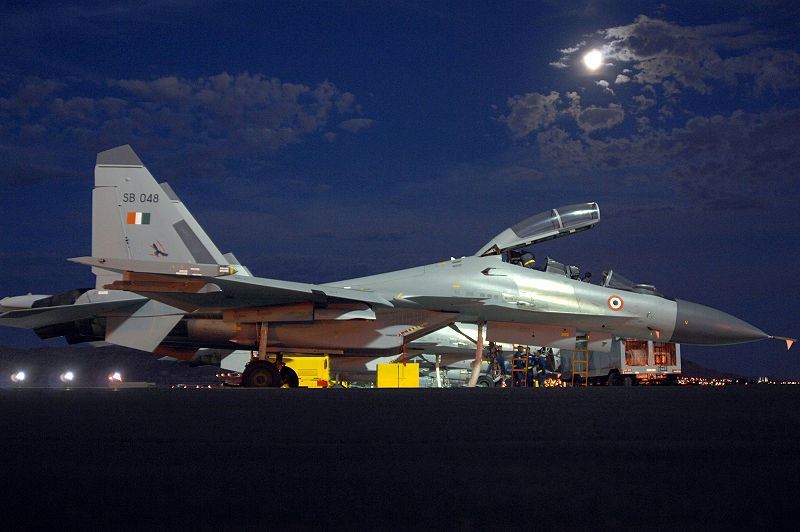 The Indian Air Force (IAF), facing acute shortage of fighter aircraft has decided to order 40 more Sukhoi Su-30 MKI aircraft from Russia. The Su-30 MKIs are the backbone for all aerial operations of the IAF and are perhaps the most lethal fighter jets in service. The IAF today operates 225+ Su-30 aircraft under its command. It is these aircraft that are in-charge of guarding the Western and Eastern fronts of India. The induction of these aircraft to the force has helped the IAF maintain air superiority in the region.

IAF under its command operates 27 operational fighter squadrons, as against the sanctioned strength of 45 squadrons. The rapid induction rate being followed by Pakistan and China has been a cause of worry.  IAF’s quest to induct Medium Multi Role Combat Aircraft (MMRCA) has failed to reap any results. The much anticipated ‘Rafale Deal’ has not taken off even after India and France signed a MoU during Hollande’s visit to Delhi. Both the parties are yet again, struck on the price factor and this has been confirmed by India’s Defence Minister, Manohar Parrikar.

IAF’s decision to induct more Sukhoi aircraft is a welcome move given the reliability of these aircraft. Over the years, Hindustan Aeronautics Limited (HAL) has mastered the technology involved in manufacturing these jets. The air force currently operates around 225+ MKIs. HAL has successfully built 175+ aircraft in India incorporating various Indian sub-systems. A single Su-30 MKI aircraft is estimated to cost 75 million as against a whopping 4.7 billion being shelled out for 36 Rafale aircraft. The integration of Indian built sub-systems with the aircraft has drastically reduced the cost of the jet. The Su – 30 aircraft are no doubt a replacement to the Rafale’s but are a force multiplier to the air force. 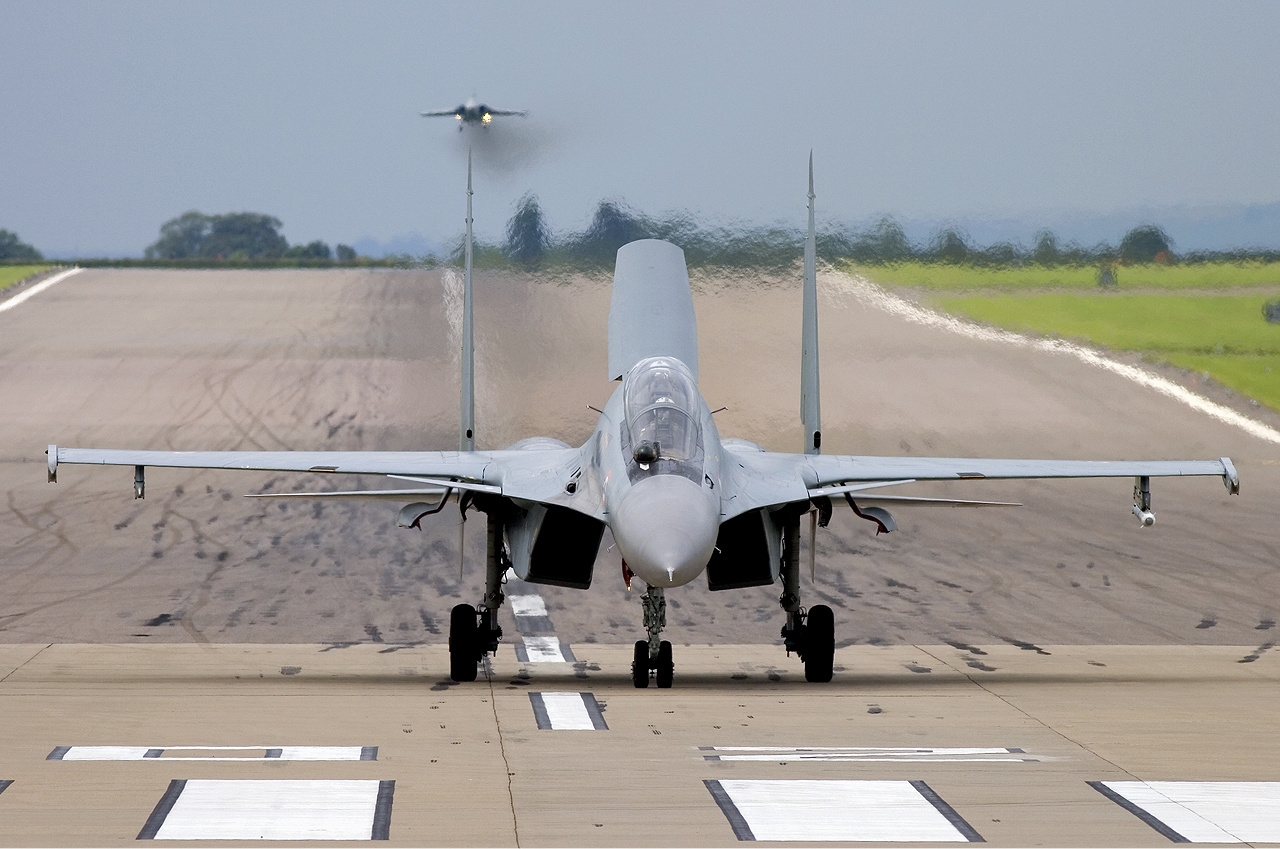 The Su-30 MKI is a multi-role air superiority fighter aircraft that was designed specifically for Indian conditions. The aircraft is derived from the Sukhoi Su-27 aircraft. The jet is powered by twin ‘AL-31F’ turbojet engines. The aircraft made its debut with the Indian Air Force in 2000.

HAL and various premier DRDO laboratories have indigenously developed several key technologies for the aircraft. This includes state-of-the-art mission computers, control systems, communication and navigational aids.HAL also incorporated Israeli and French developed avionic systems to the aircraft. The hybrid of these technologies has made the aircraft extremely nimble and lethal. Over multiple up-gradation schedules, HAL has loaded the aircraft with the most advanced and lethal technology available. The Su-30 MKI’s are undoubtedly, one of the best 4th generation fighter aircraft ever designed.

India initially had ordered 50 Su-30 aircraft in flyaway conditions from Russia in the 90’s. Subsequently, the aircraft was built in India by HAL with Russia’s support. Russia has completely transferred the technology to HAL. HAL, on its end has put up a massive effort to absorb the technology to locally manufacture these jets. Over the years, HAL has become proficient in the production and assembly of the Su-30 MKI’s. Initially, HAL was assembling the aircraft from knock-down kits. Today, HAL has successfully absorbed the technology and is manufacturing the jets from scratch. 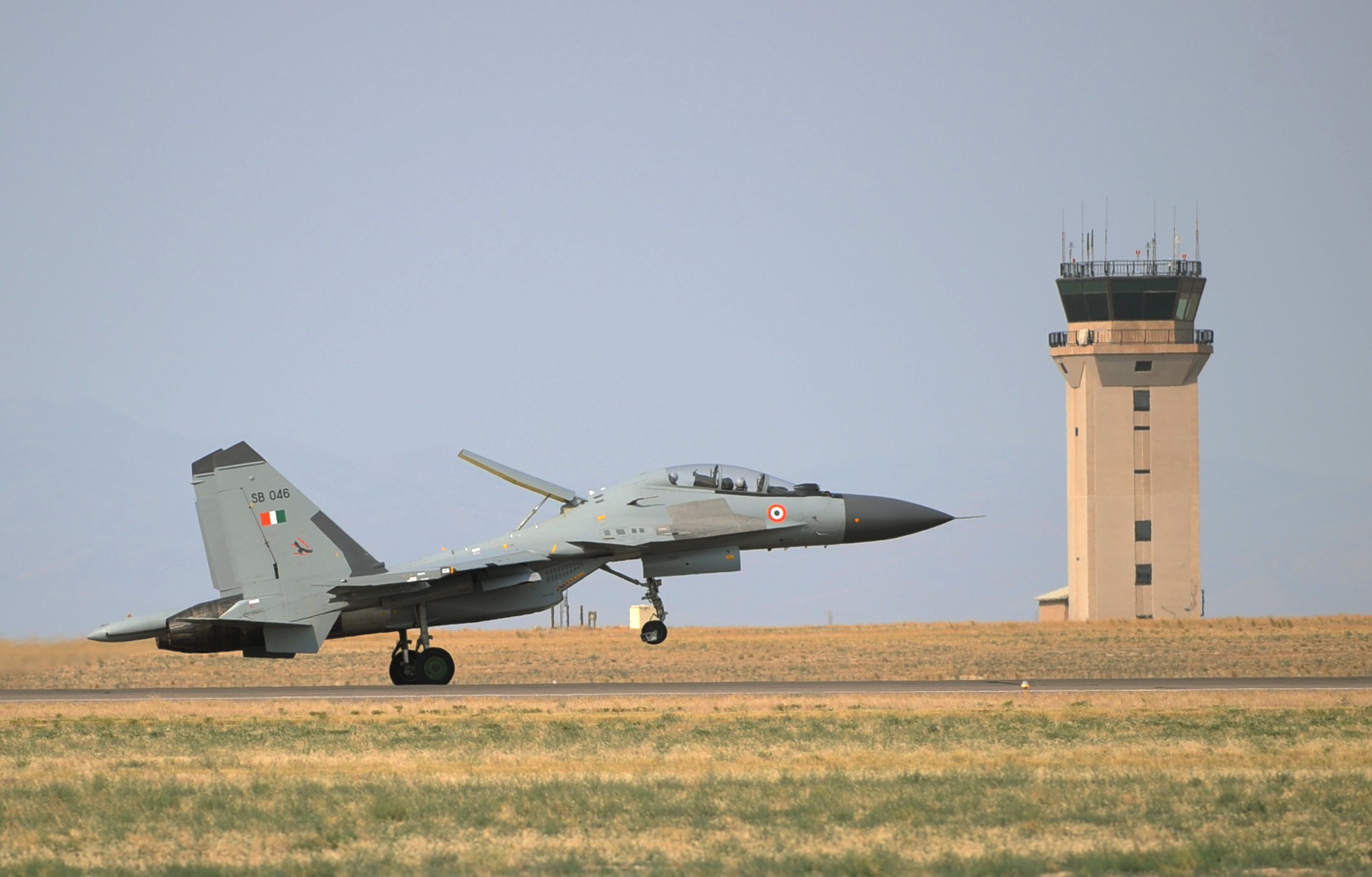 HAL’s Nasik division has rolled out 175+ battle ready SU-30 MKI aircraft and is in the process of assembling another 50+ aircraft. These aircraft are expected to be inducted to the force by 2017. HAL is currently having a capacity of producing 10-12 aircraft per year.

The Indian Air Force (IAF) has been fielding the Su-30 MKI aircraft successively for various air exercises across the globe. Su -30 MKI aircraft have represented the air force in IndraDhanush, Red Flag, CopeIndia and Garud air exercises with various foreign air forces. RAF Air-Vice Marshal, Christopher Harper, had praised the aircraft for its sustained capability in a dog fight. The aircraft during CopeIndia – 04 was reported to have scored a kill ratio of 9:1 against the USAF F-15’s. The aircraft is also speculated to have incinerated USAF F-16’s in mock combat during CopeIndia – 05.

The aircraft has time and again proved its might in the air. IAF’s decision to induct more Sukhoi’s will undoubtedly guarantee air superiority for India in the region.