India deploys stealth warships to the South China Sea even as tensions flare in the fragile waters. 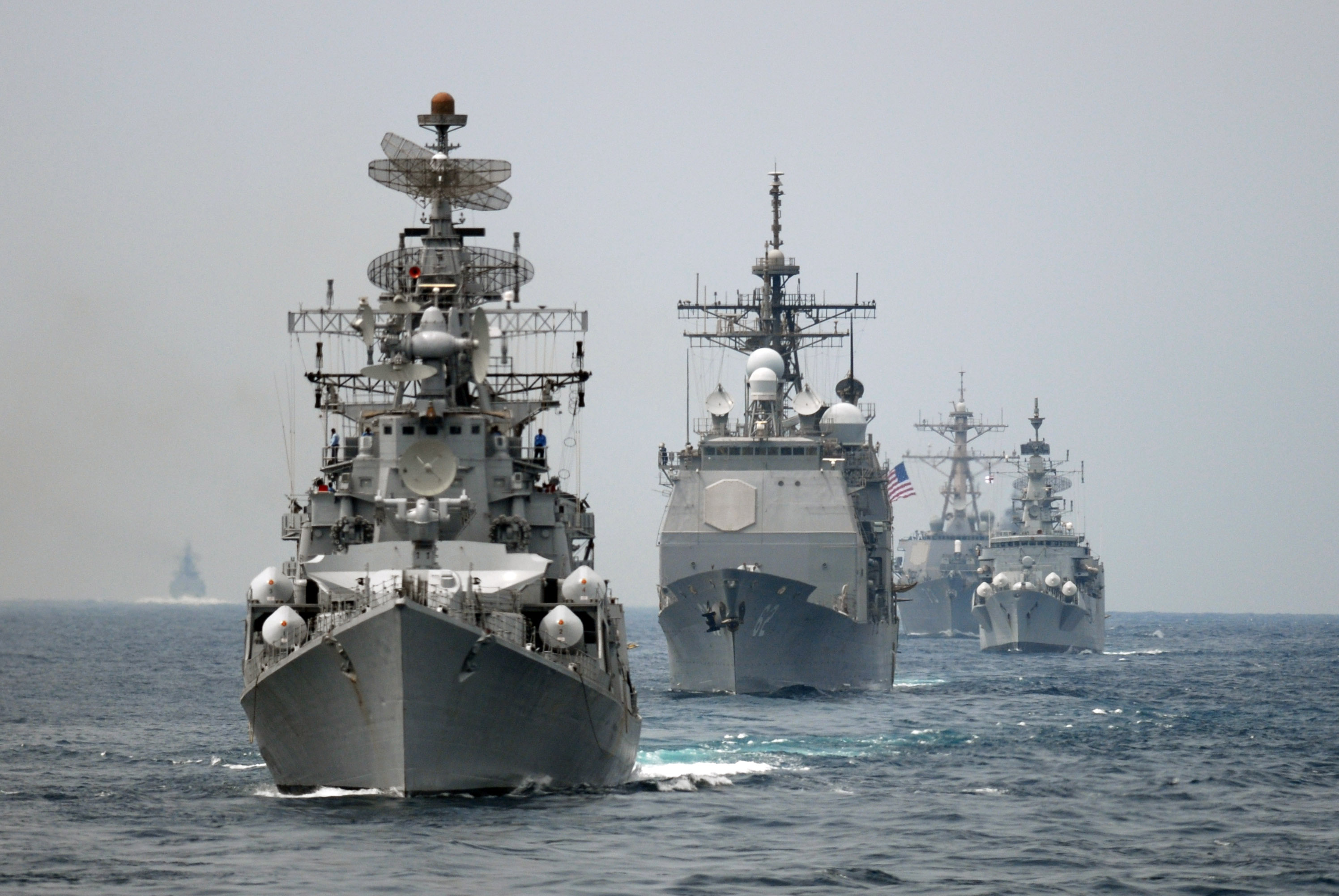 The Indian Navy has dispatched a task force led by two of its stealth frigates into the troubled South China Sea. The warships from the India Navy’s Eastern Naval Command (ENC) have set sail on a two and half month long trans-continental operational deployment mission. The task force commanded by Rear Admiral SV Bhokare, Flag Officer Commanding Eastern Fleet, departed from the Vishakhapatnam harbour on 18th May.

The task force is being led by stealth enabled Shivalik-class frigates, INS Satpura and INS Sahyadr. These warships are being flanked by the Indian Navy’s frontline replenishment tanker ‘INS Deepak’ and INS Kirch, a missile corvette. The task force over the next two and half months will operate extensively in the South China Sea and the North Western Pacific Ocean.

The Shivalik class frigates displace around 6,200 tonnes of water and were built indigenously by Mazagon Docks Shipyard Limited (MDSL). These vessels are armed to the teeth with BrahMos and Klub cruise missiles which can strike targets with deadly accuracy. Notably, the BrahMos cruise missiles are the world’s fastest cruise missiles in service. The addition of stealth features has made these indigenously mastered frigates lethal force multipliers. 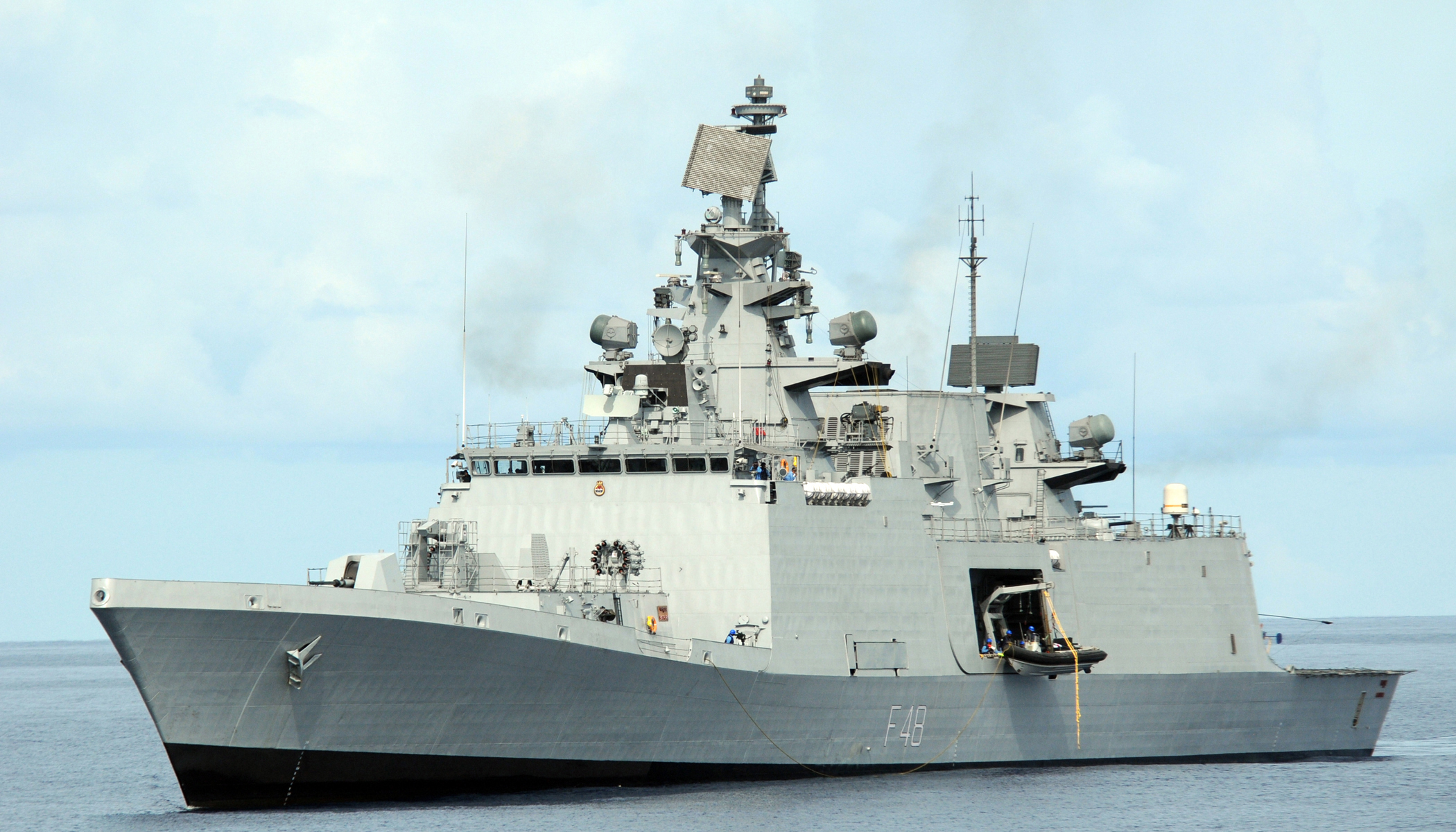 INS Kirch is a Kora-class corvette that is armed with the deadly Kh-35 anti-shipping cruise missiles. These missiles can target ships as far as 300 kilometres away with pin-point accuracy.

The task force during its deployment will be making scheduled port calls at Cam Rahn Bay in Vietnam, Subic Bay in the Philippines, Busan in South Korea, Sasebo in Japan, Vladivostok in Russia and Port Klang in Malaysia.

The Indian navy has outlined the details of the deployment in a press statement dated May 18th. According to the statement each of the port call would last for four days and are aimed at strengthening bilateral ties and enhancing inter-operability between the navies. The statement also states that the vessel will hold ‘PASSEX’ exercises with the host navies during their deployment. The experience gained during these exercises is the building blocks for boosting the inter-operability levels shared between the navies.

The task force during its deployment will be taking part in Exercise Malabar-16, a trilateral naval warfare game. Exercise Malabar is an annual naval warfare game held between the navies of India, USA and Japan. The exercise was started to increase the inter-operability between the navies.  The high-voltage naval exercise enables the navies to take part in near combat scenario missions.

The exercise for the first time is being held in the Northern waters off Philippines coast. The venue for the exercise is not too far off from the artificial islands created by China in the South China Sea. The exercise comes at a time when the relationship between US and Japan with China is on turbulent waters. China had in the past protested Japan’s involvement in the exercise. A tri-lateral warfare game right at its backyard is bound to irk off China. 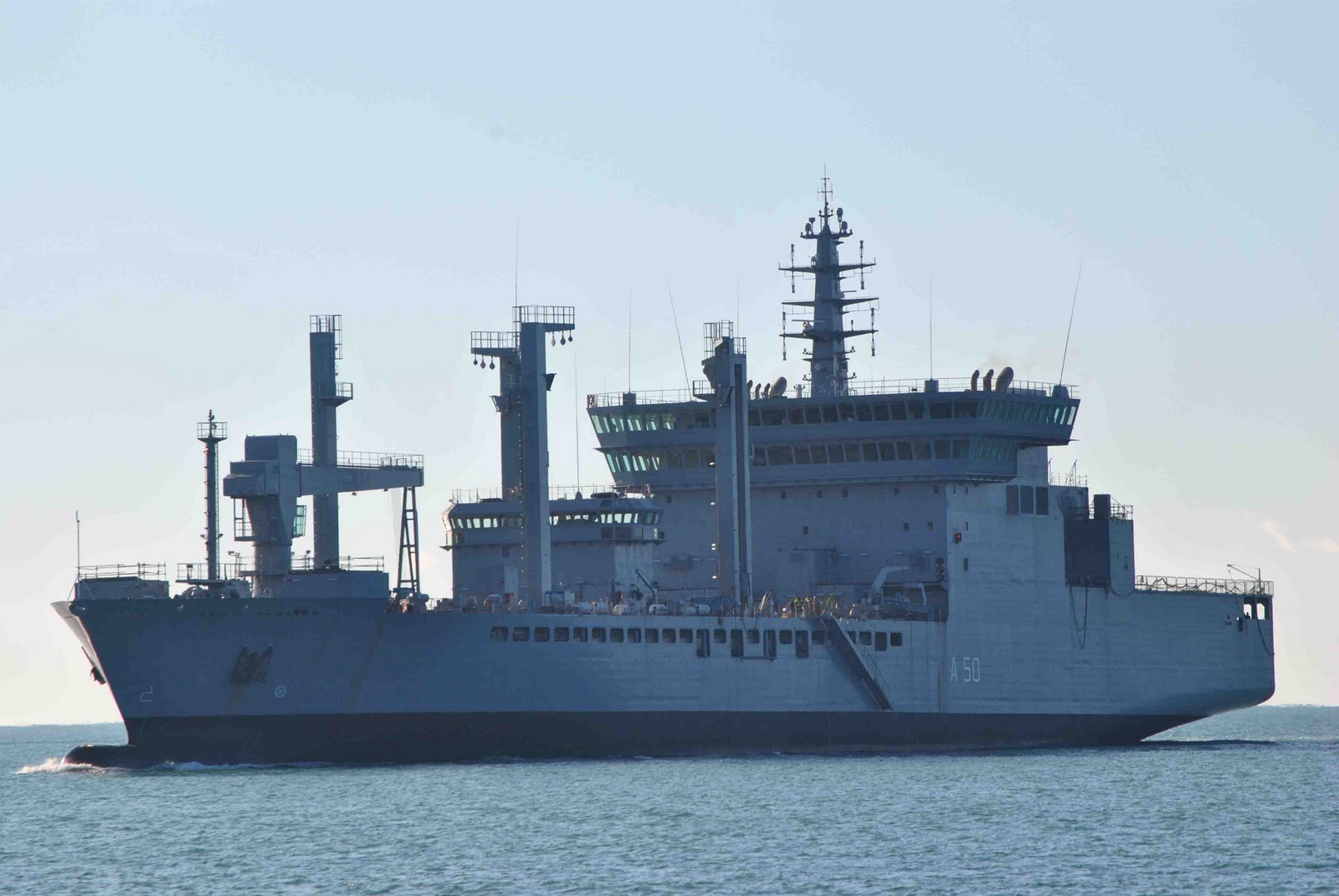 Ever since the NDA government came to power at Delhi, India’s ‘Look East’ has transformed to ‘Act East’ policy. The ‘Act East’ policy has credible biting teeth. India under this policy has been actively engaging South Eastern nations in diplomatic and military dialogues. Military forces from these Eastern nations have arrived to India for various joint military training missions. The nations have also witnessed several high-level diplomatic visits.

The Indo-Japan relationship has evolved drastically over the years. Japan now considers India a crucial ally. It was in fact, India that Japan approached soon after lifting its self imposed weapons export embargo.

USA on the other hand considers India as a crucial partner in the Indo-Pacific region. India is undoubtedly at the epicentre of America’s ‘Asian Pivot’ and ‘Asia-Pacific rebalancing’ policies. The diplomatic and military ties between the largest democratic nations are in an upswing. India’s willingness to sign the ‘Logistics Support Agreement (LSA)’ or the now ‘Logistics Exchange Memorandum of Agreement (LEMOA)’ with USA is a testimony for the above statements.

The deployment of the warships to the contested Pacific and South China Sea is an open dare of India against the untamed dragon. India operating alongside America and Japan is bound to set-off alarms in Beijing. The crucial port calls held by the task force will also drastically boost India’s diplomatic status in the region. It is a win-win for all the security partners involved in the lucrative Asia-Pacific theatre.