Saab aims to set-up a complete aerospace ecosystem in India for Gripen development and manufacturing. 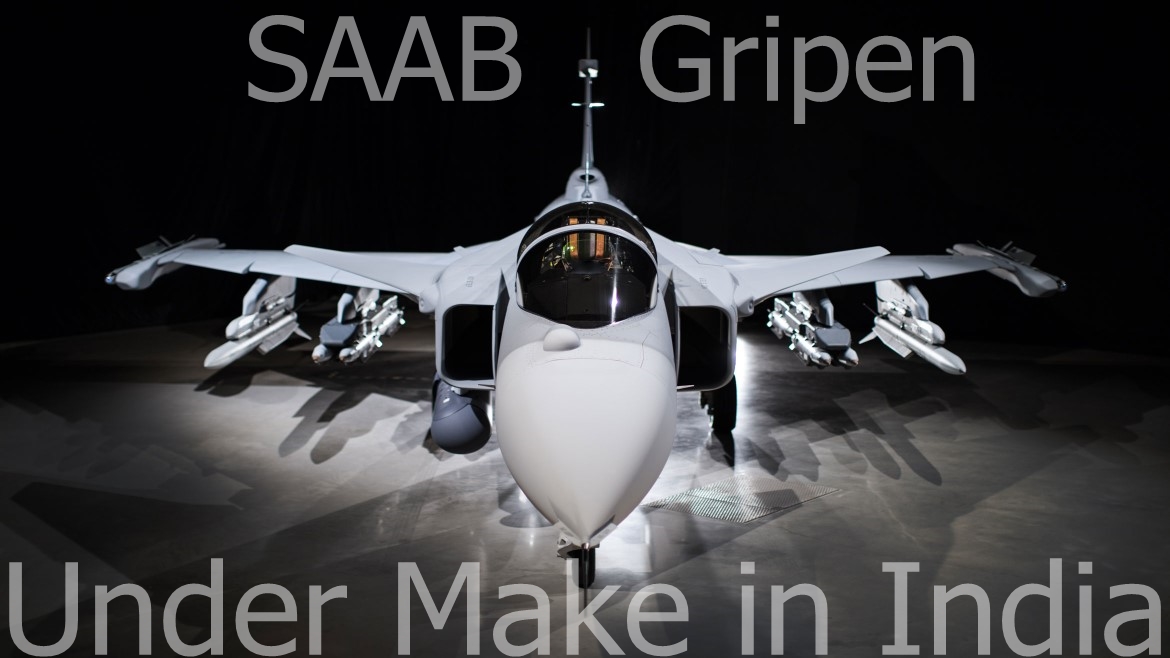 Saab, a pioneer in aerospace and defence technology showcased its cutting edge products in DefExpo-16 held at Goa. The centre of attraction at Saab’s stall was the Gripen fighter aircraft system. The Gripen is a state-of-the-art multi-role fighter aircraft. The Sweden based company over the years has committed itself to assist India in its quest to be a self-reliant defence equipment manufacturing hub.

Saab India, a fully owned subsidiary group of Saab, was set-up exclusively to boost the company’s hold on the Indian Market. Saab has drawn up several plans to offer India its latest products under the ‘Make in India’ initiative. Saab’s operation in India began with the Carl Gustaf recoilless rifles. The company has catered to Indian needs for the past forty years.

Saab today has engaged several Indian companies and these firms have earned a solid benchmark in Saab’s global logistics supply chain. The Swedish defence giant has been making several strategic investments in India and is working towards setting up a sustained aerospace ecosystem in India. 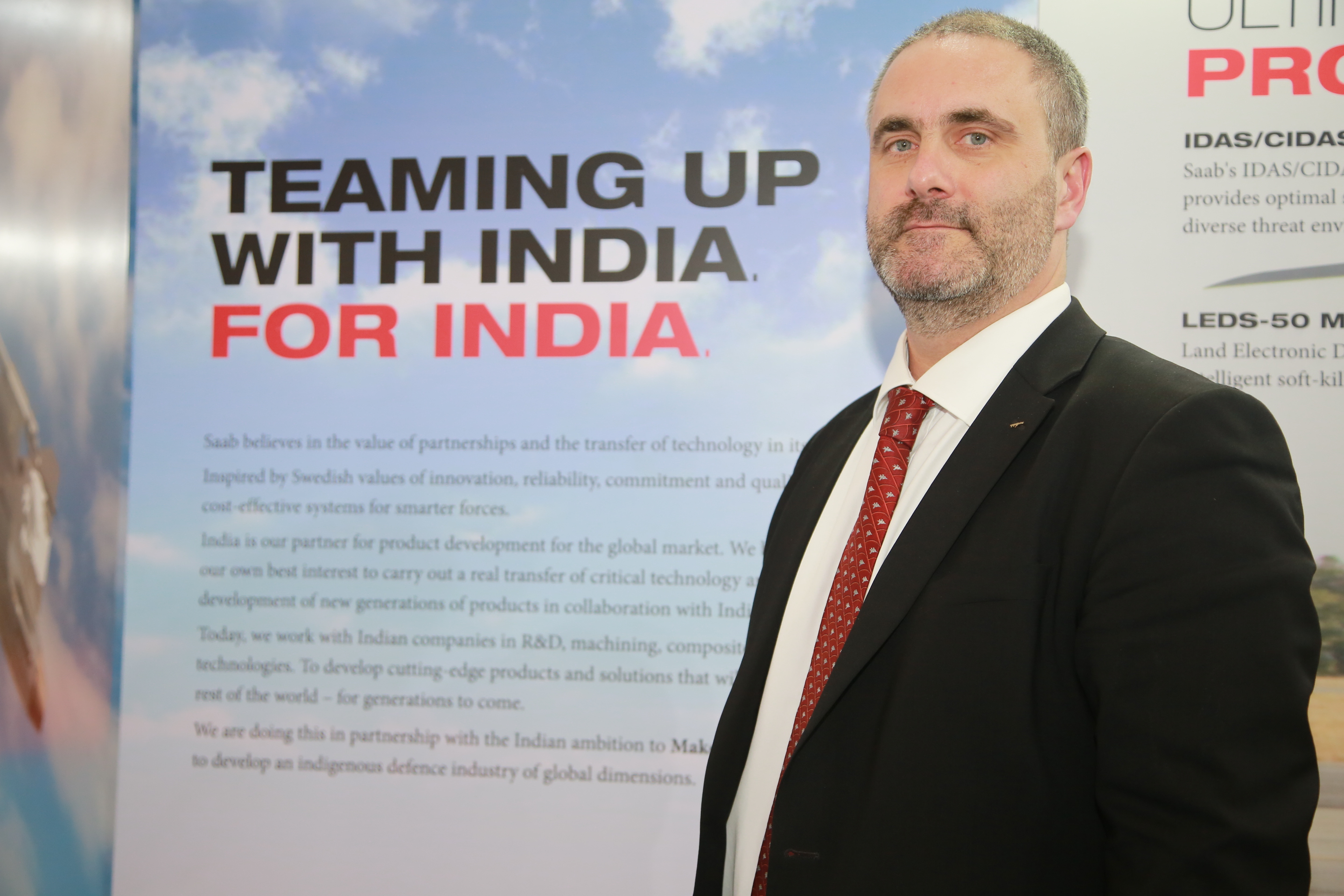 LoS – A noteworthy part of Saab’s offer to India is its willingness to co-develop advanced technologies. India has a few ambitious fighter aircraft programs at various developmental stages. Saab is a leader in aerospace technologies. What level of co-development will Saab offer for  the development of critical technologies locally in India?

Jan Widerstrom – Sharing and jointly developing technologies with partner companies and countries is a big part of Saab’s DNA – for example, we currently have more than a hundred people from Brazil in Linkoping working on Gripen System development. We have repeatedly shown how Gripen can encourage collaborative industrial partnerships with a customer’s local industry. We’re open to sharing critical technologies with partner companies, because we’ve seen it work to everyone’s benefit many times. We are fully willing to offer technologies like GaN based AESA radar and EW systems to India, for indigenous platforms. We will not simply transfer an assembly line – we will help India develop its aerospace capability for the future.

LoS – Saab had drawn up a working partnership with Adani Groups of India to effectively offer Gripen. What is the current status of this working group? Will this be the Indian arm of Saab?

Jan Widerstrom – We are currently in discussion with many Indian companies to identify potential areas of co-operation. Our aim is to set-up a complete aerospace ecosystem in India for Gripen development and manufacture, and we’re currently identifying partners that will have a role to play in this ecosystem.

LoS – Could you please shed light about the current status of Gripen E/F and Gripen NG aircraft?

Jan Widerstrom – Development of Gripen-E is perfectly on schedule right now – in fact, we’re rolling out the first prototype on May 18 this year, and we’re very excited about it! We have confirmed orders for 96 planes from Sweden and Brazil, and we see interest from many countries. Gripen is the most advanced fighter jet platform in the world today, and we’re very optimistic about the future. It’s equipped with sophisticated data links, radar and other sensors, plus an electronic warfare suite that is the best in the world. Gripen is built to fly, and survive in the most hostile threat environments, while all the time staying connected with friendly forces in the air, at sea and on the ground.

LoS – One of the concerns of Indian sources with Gripen is its powerplant. Gripen NG and E/F are powered by GE and Volvo Aero developed F – 414 AB turbo-fan engines. USA in the past had blocked Saab’s offer of Viggen to India citing its critical technologies on the aircraft. How will Saab get through these concerns?

Jan Widerstrom – We have an excellent relationship with all our suppliers and partners, including with the engine manufacturer, GE. Gripen has been marketed and sold to several countries without problem, the most recent case being Brazil. 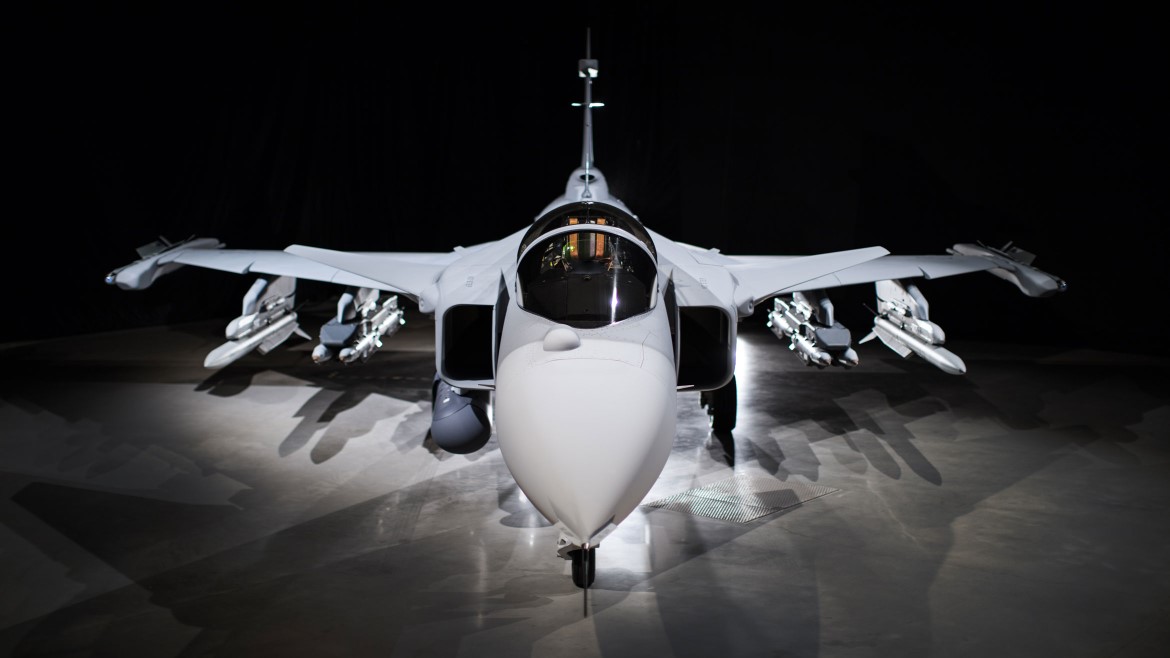 The formidable Gripen-E strikes for a pose just after its launch at Sweden.

LoS – Another concern that is been discussed about the Gripen is the amount of foreign technology that has gone into it, the AESA radar is said to be of Italian origin and sizable portion of the airframe imported from across Europe. How does Saab plan to counter these?

Jan Widerstrom – Saab and Gripen have the support of a large network of global business partners. We are a world-class integrator of Defence and Aerospace systems – and that involves working with many partner companies across boundaries. For our work on our programs for Airbus and Boeing, we have a large network of suppliers in India, including a JV we have with Aequs in Belgaum. Our Indian suppliers play a vital role in these programs, and we see their role increasing in the future. If we start manufacturing Gripen in India, we will look at manufacturing most of the airframe in India itself.

LoS – India is said to be immensely interested in Saab developed submarines. Could you shed light about Saab’s offer to India for the P-75I project? And please do brief us a bit about Saab Kockums Gotland and A26 submarines?
Jan Widerstrom – The acquisition of TKMS AB (former Thyssen Krupp Marine Systems AB), now known as Saab Kockums, has added a lot of strength to our company to offer a range of naval products that now extends from fully integrated fighter aircraft to a wide range of combat platforms for navies.

Saab Kockums is already working with GRSE on the last two corvettes of Project P-28; the composite superstructures on these platforms are supplied by Saab Kockums. The sandwich composite technology used for these is the one used on the stealthy Swedish Visby class corvettes and the very efficient Swedish Koster class MCMVs, and this design in glass or carbon fiber is regarded as a modern alternative with further development potential. 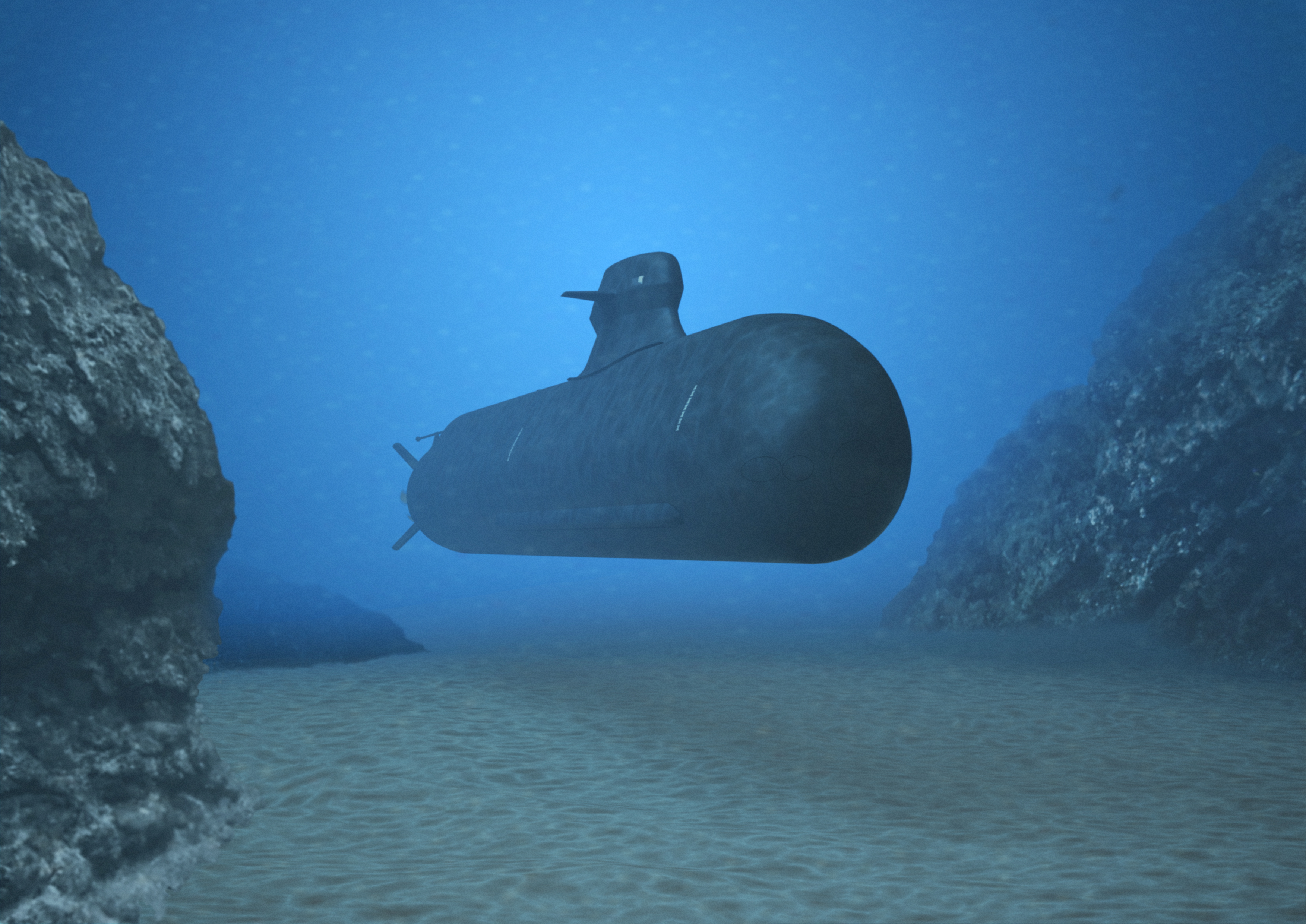 The A-26 Diesel-Electric Submarine.
Source – Saab.com

We look forward to working with the Indian shipyards on the next generation of corvettes to be built for the Navy and faster patrol vessels for the ICG. We also look forward to strengthening the market for composite superstructures on other Naval platforms.

Regarding submarines, the Swedish Navy has placed an order on Saab Kockums to design and build the next generation of air-independent propulsion submarines. The Swedish A26 submarine is the most modern submarine program on the market.