Boost to Indigenous Products as HAL Chief takes a spin in Hawk – i and HTT – 40. Urges Youngsters to Look for Career in Aerospace & Defence. 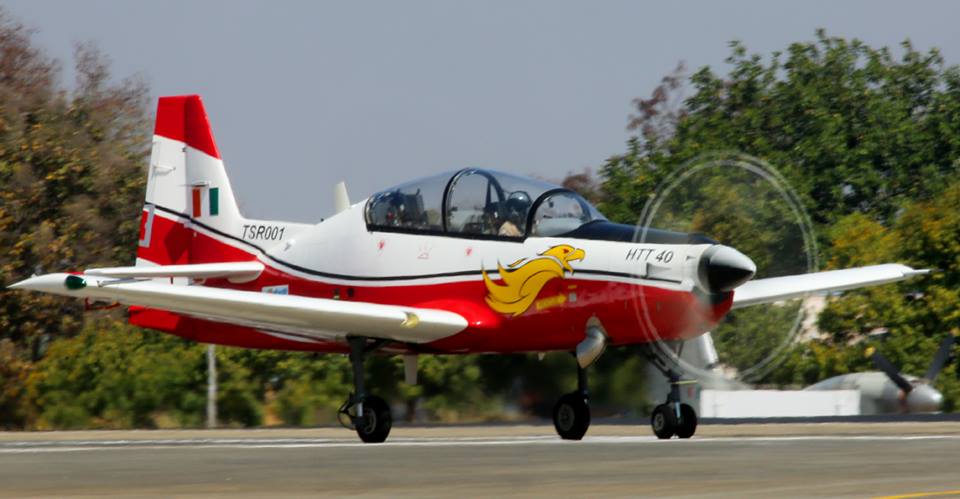 Mr. T. Suvarna Raju, CMD, HAL on the sidelines of Aero India – 2017 co-piloted the indigenously designed and built  indigenous Basic Trainer Aircraft, HTT 40 and the indigenously upgraded Hawk – i ‘Advanced Trainer aircraft’. These flights by the Chairman himself come as a major morale booster to the developmental teams of the state-run Hindustan Aeronautics Limited (HAL), which for decades has been catering to the demands of the Indian forces.

Mr. T. Suvarna Raju, speaking about his flight in the HTT – 40, which was designed and built by an extremely young team said “It is a wonderful machine and my flying is intended to enthuse youngsters to look for flying as a career in defence  or in aerospace as engineers and take-up challenging assignments”

The state-run PSU has been a driving force in India’s mission to attain self reliance. HAL has been developed combat aircraft, helicopters. unmanned aerial systems and transport aircraft for Indian and global forces.

The HTT-40 or the Hindustan Turbo-prop Trainer (HTT) – 40 is the latest product from the hangars of HAL and the project has been making rapid progress. The aircraft is to be used for basic flight training, aerobatics, instrument flying and close-formation flights whereas its secondary roles would include navigation and night flying. 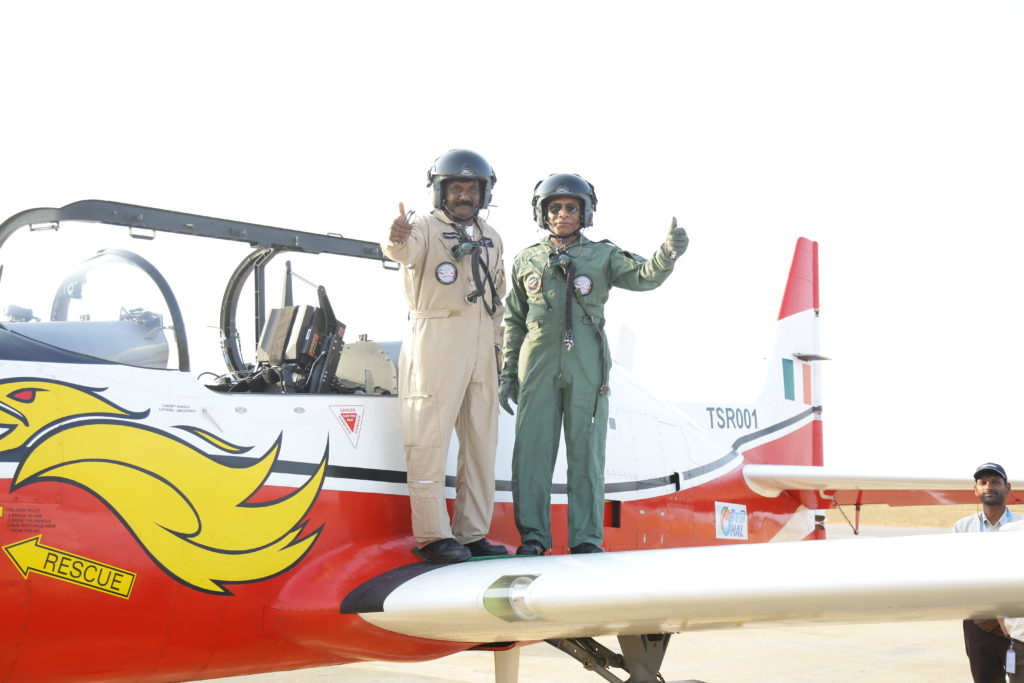 Mr. T. Suvarna Raju after his flight aboard the HTT – 40.

HAL had not sourced in investments to the projects and had routed finances from its own treasury. The program witnessed a high point, when the first HTT prototype took to skies for the maiden time on 31 May 2016 from HAL’s Bengaluru facility.

Currently, two prototypes have taken flight and a further two are being manufactured to speed up flight trials and to reduce the developmental period. The aircraft is expected to be inducted into the ranks of the air force by 2018 following certification of the aircraft and its critical systems.

In addition to the HTT – 40, Mr. T. Suvarna Raju, also flew in the in indigenously upgraded Hawk-i AJT aircraft. Hawk – i which is based on the BAE-HAL manufactured Hawk – 132 AJT aircraft was rolled out days prior to Aero India – 2017. India is the largest operator of the aircraft, which serves as the lead trainer aircraft for Indian Air Force (IAF) and Indian Navy (IN).

Speaking to the media after his brief flight aboard the aircraft, Mr. T. Suvarna Raju, termed it as a lifetime experience and said that he had a first-hand experience of the upgraded systems. The aircraft during the Chairman’s flight was piloted by Wg Cdr Pratyush Awasti.

Mr. T Suvarna Raju, CMD, HAL after his flight aboard Hawk – i aircraft.

HAL has also unveiled a combat version of the Hawk aircraft which has been jointly developed been developed with the aircraft’s OEM – BAE Systems. An market for over 300 aircraft has been projected and HAL aims to leverage up on this project to dive into the lucrative global fighter market.