Will a maritime quadrilateral in the Indo-Pacific waters tame the adventurous dragon – China? 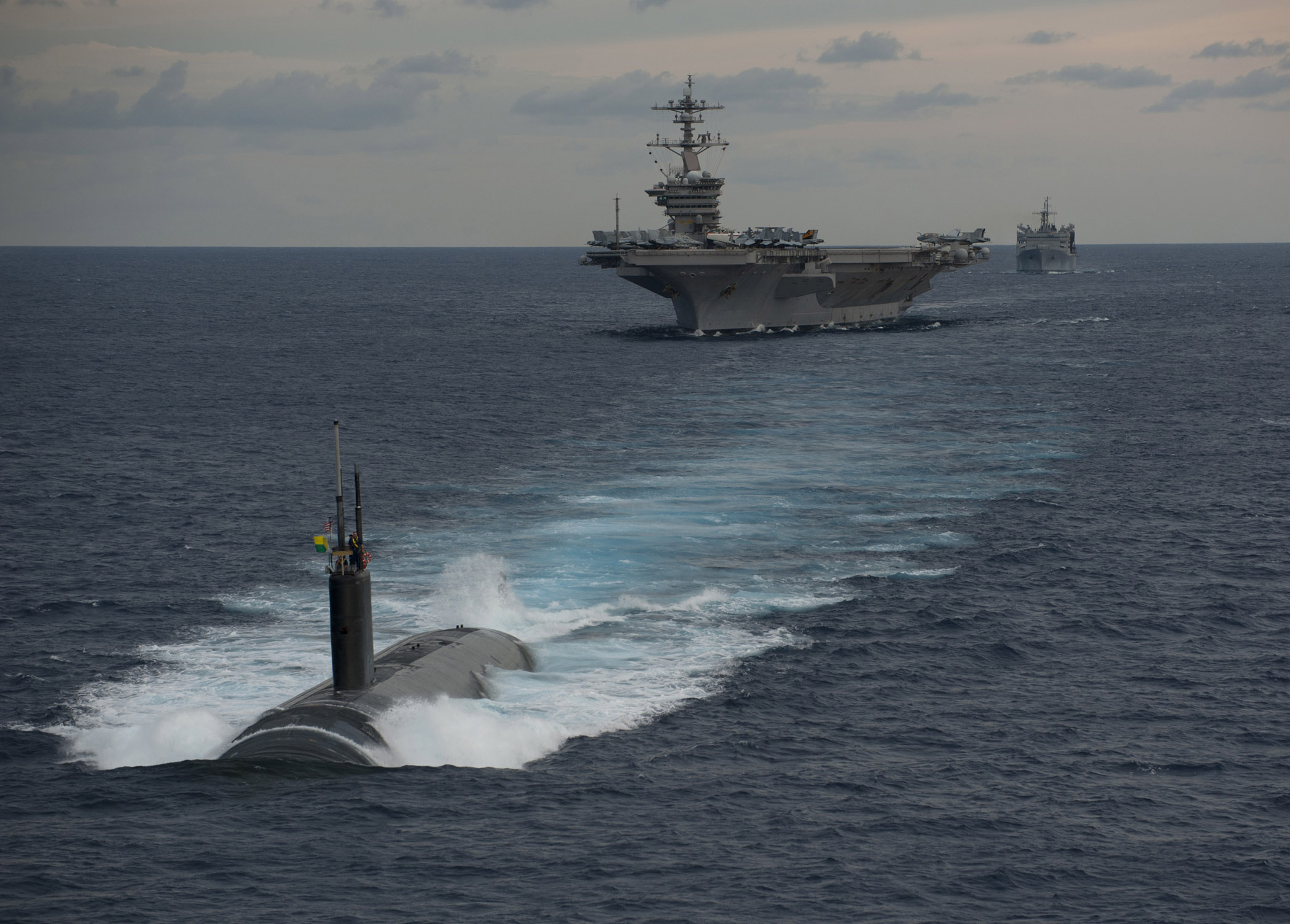 The Indo-Asia-Pacific waters which consist of the Indian Ocean Region (IOR) and the South China Sea (SCS) are one of the most strategic waters with unmatched geopolitical significance. These waters are the sea highway connecting the west and the east and are the maritime bridge for ever expanding trade quotient of the world.

Close to 70% of the world’s shipping traffic pass through several strategic choke points in these waters. Balance of power in the region remains a key mission to several countries in an effort to keep the trade routes thriving.

Over the decades, the traditional power balance has drastically shifted in the region and is fast losing ground as China’s ambitious ‘Pearl of Strings’ gains traction. Containing China’s influence and onslaught in the region has emerged as one of the most crucial missions for regional and global powers.

A change of leadership in USA, which is at the helm of maintaining sanity of these waters, has provoked debates in diplomatic and strategic circles. Donald Trump, the 45th US President, has already held conversions with both the Japanese and Chinese leadership. But his administration is to still rollout a policy to define the country’s role in the strategic Indo-Pacific waters.

Trump administration since the campaigning period has questioned Chinese influence in the region and had termed Obama’s ‘Pivot to Asia’ policy a massive failure. Commander of US’s Pacific Command, Adm. Harry B. Harris Jr., has indicated that his country will continue to question China’s expansion in the region and that America’s commitment to the waters will remain unchanged. Trump’s advisors had in the past hinted of floating a new ‘Pivot to Asia’ policy and also of considering options to create what is known as a ‘maritime quadrilateral’.

This has revived hopes for a ‘maritime quadrilateral’ dialogue between India, Japan, Australia and America which was initiated in 2007 by Japanese Prime Minister Shinzo Abe. As sea highway, waters of the IOR and SCS provide passage to a major portion of world’s oil and container traffic. Sea Lanes of Communication (SLOC) which criss-cross these waters are referred to as the nerve lines of world trade.

Over a dozen countries share albeit control over the IOR and SCS. For decades, naval forces have operated to towards maintaining sanitized shipping lanes. Any disturbances along these waters threaten to choke several countries off their essential supplies.

Confrontations have raked up in the region ever since, China, laid claims to the entire China Sea and started foraying into the Indian Ocean. These increasing confrontations have made way for massive military build-up along the crucial SLOCs, leaving several nation worried.

Through its naval arm – PLAN, China is flexing its muscles bringing it in direct skirmish with countries like India, Australia, America and Japan.

Geopolitical experts view the Chinese intrusion, as an effort to not just gain access to natural resources but to control the world trade by gaining control over strategic SLOCs. This has emerged as a major concern to not just regional naval powers like India and Japan, but also to US which relies heavily on these waters.

China since the late 70’s, through its state policies has reclaimed land masses and has further deployed its military forces on them, effectively asserting its regional dominance. China in 2009, submitted UN the ‘Nine Dash Line’ claims under which is a testimony to its aggressive policies. As China forays into these waters, ‘freedom of navigation’ across the region is in dire question.

USA, India, Japan and Australia remain the largest maritime players in the region and have emerged as key security partners in these waters. Operating sizable naval forces, these countries project power across their wider operational horizon.

Since the past decade, USA and Japan have been making sustained efforts to counter the brutal onslaught of the Chinese. Under the ‘Pivot to Asia’ policy, America not only renewed her commitments to the region but also increased its military-presence. Its ‘freedom of navigation’ sail, under which US warships sailed within ‘twelve miles’ of China’s artificial islands, have brought it in direct confrontations with the dragon.

Japan which neighbours China has for decades reeled under the dragon’s shadow. Australia which sits at the fag-end of the SLOCs is a worried nation. The sole supply lines of the country remain to be these shipping lanes and any heightened activities, threaten to starve her off vital supplies.

India, sits above several choke points situated along the SLOCs and with its able naval force, it has enjoyed unquestioned control over these waters. This however is now being threatened, as China forays into India’s backyard – IOR. China’s increasing bonhomie with Pakistan has further upped the ante between India and China.

The ninth edition of ‘Exercise Malabar’ featured over 25 vessels from Singapore, Japan and Australia besides permanent participants – India and America. ‘Malabar – 07’ became the largest conglomeration of battleships for a joint exercise. 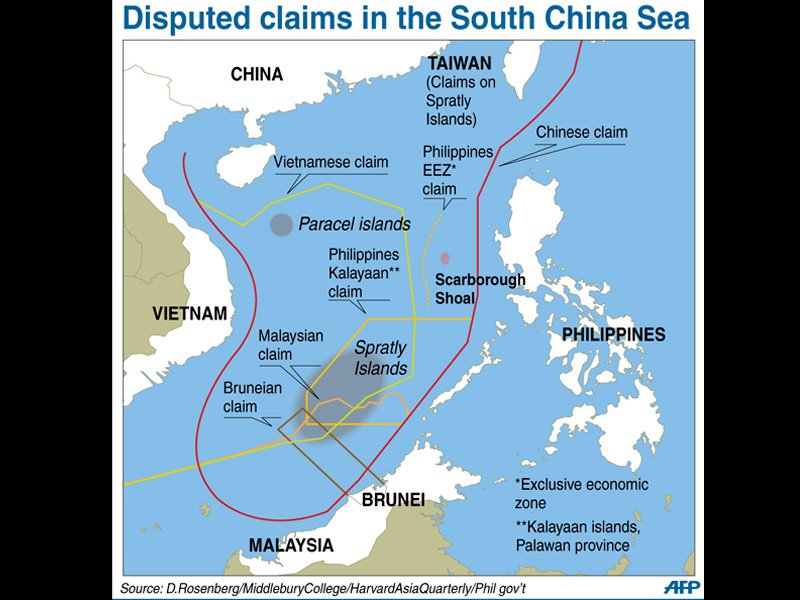 Following the exercise, senior foreign ministry officials from the four nations met in Japan and discussed a prospective naval quadrilateral in the Asia-Pacific region. The countries through the ‘quad agreement’ planned to promote peace, prosperity and stability in the Asia-Pacific waters. The initiative however was shelved after Australia and India pulled out of the agreement under due pressure from China.

Admiral Harry B Harris, Commander of US Navy’s Pacific Command, has several times underlined the importance of a quadrilateral for the region. Speaking in a Congressional hearing the Admiral said “PACOM (Pacific Command) aims to build a powerful quadrilateral partnership framework of the most powerful democracies in the Indo-Asia-Pacific region. It will work together for the maintenance of the region’s rule based order, counter balancing and deterring coercion or unrestrained national ambitions.”

The QSD or Quad, according to US, will not just be a military initiative but largely a diplomatic mission to haunt the dragon through its soft underbelly – the South China Sea. Australia which was once reluctant to join the Quad is now publically endorsing the idea and has termed it as a key measure to secure the shipping lanes.

Australian Defense Minister Kevin Andrews during his visit to New Delhi had held successive dialogues in regard to the quadrilateral. Andrews in a presser said “India is a key partner for security in the region. Australia recognises India’s role in supporting the security, stability and prosperity of the IOR and the stability of a rules-based global order and there is scope for us to cooperate further on global issues”

Australia and Japan recently elevated their relationship and have also agreed to hold joint maritime exercises in an effort to increase interoperability levels. Both the nations have come together with USA, to form a credible trilateral naval force and have held multiple naval exercises off Australian and Japanese coasts.

Experts suggest a positive shift towards the Quad has already begun in the region and several key events on the geopolitical and diplomatic front stand as a testimony to this. In January 2015, India and America unilaterally accepted to elevate ‘Exercise Malabar’ to a trilateral maritime affair by including Japan as a permanent member. ‘Malabar – 15’ featured around a dozen frontline battleships and was held in the Philippines Sea close to SCS. 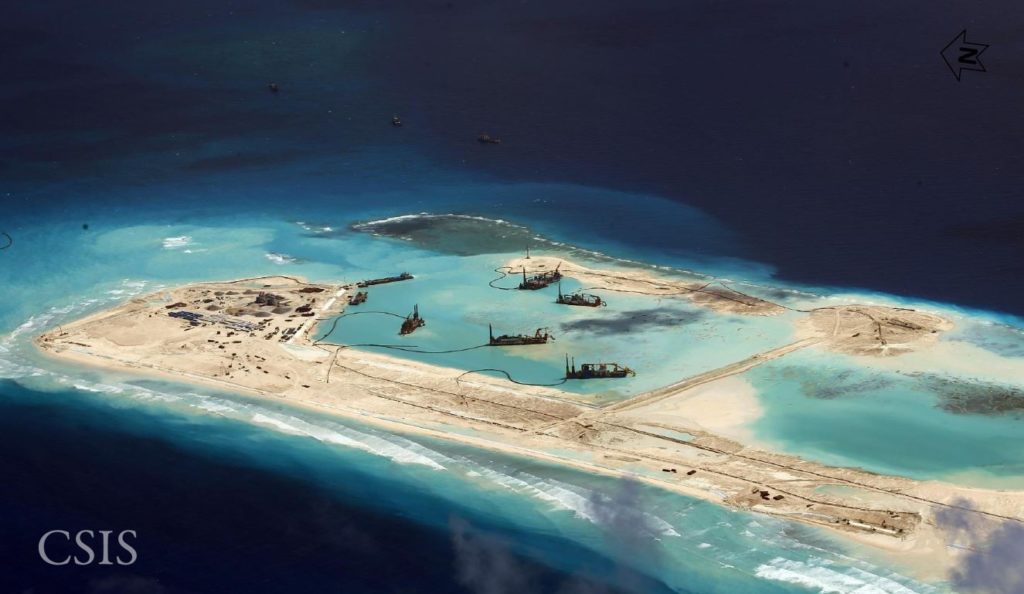 India’s recent move to elevate SCS from the status of extended neighbourhood to area of strategic interest, speaks volumes about the country’s growing interest in the region. India’s ‘Act East’ policy which was created to check the Chinese, has gained strength under Narendra Modi’s government. India in 2016, engaged Japan and Australia in separate maritime exercises off the Indian coast.

The quadrilateral if formed will be a win-win situation for all stakeholders. India’s ‘Act East’ policy will receive a strong backing and the country will get to enjoy its regional supremacy. For US, building strategic ties with India and other maritime nations, will serve as a measure to share its burden of patrolling the IOR and SCS. America will also gain staging ground to counter the Chinese right in its backyard.

Through the ‘quad’, Japan and Australia will gain the backing of the powerful US and India navies. Under the agreement, the countries can sail square to square and this promises to boost the interoperability levels. Further, regular exercises will increase the maritime domain awareness and will help the countries build mutual trust across broader horizons.

The willingness of all stakeholders to form a quadrilateral and hold joint patrols in the Indo-Asia-Pacific region, is directly dependent on the future Chinese activities. But the rise of a formidable maritime conglomeration in the region will serve as a win-win situation for all stakeholders. The ‘quad’ if formed promises to boost security, stability and prosperity in the region but the risk of waking the dragon always looms large.