Need for a roadmap to enhance co-operation between India and its natural partner in the Asia-Pacific region – Japan.

One of the most volatile, contested yet economically thriving regions in world is undoubtedly composed around the Asia-Pacific waters. Housing the fastest growing economies and technological power centres such as India, Japan and China; the Indo-Pacific region has taken great significance in the world order.

The region has witnessed one charismatic relationship in the recent past and it has been the warm friendship shared between the Prime Ministers of India and Japan. Fuelling this warm courtship amongst the fastest growing economies is the strong relations their countries share.

Successive administrations taking over the helm at both New Delhi and Tokyo have strived hard to encompass their countries in a tight hug. On India’s part, greater impetus to strength the relations have been made ever since India introduced its ‘Act East’ policy in an effort to contain the onslaught of China. In fact, according to strategic thinkers, Japan has emerged as the centre pillar for the success of India’s Act East policy.

As both the countries race ahead towards embracing each other in a tight knot to jointly take upon their mutual aggressor in the region’s geopolitical arena – China – defence relations between the countries is undoubtedly taking the centre stage in their bilateral relations. Successive mutual interactions between the forces coupled with initiatives at the highest order have started reaping benefits. However, the countries are struggling to realise the full potential of the relationship.

Mr. Arun Jaitley, who till 06 Sep, 17 held the Defence Ministry portfolio, in an effort to raise the defence co-operation, chaired the Defence Ministerial Meeting on 05 September 2017 in Tokyo alongside his counterpart Mr. Itsunori Onodera. During the course of the high-level two-day visit, the ministers exchanged views and ideas to further strengthen defence and security cooperation, under the framework of the “Japan-India Special Strategic and Global Partnership”. 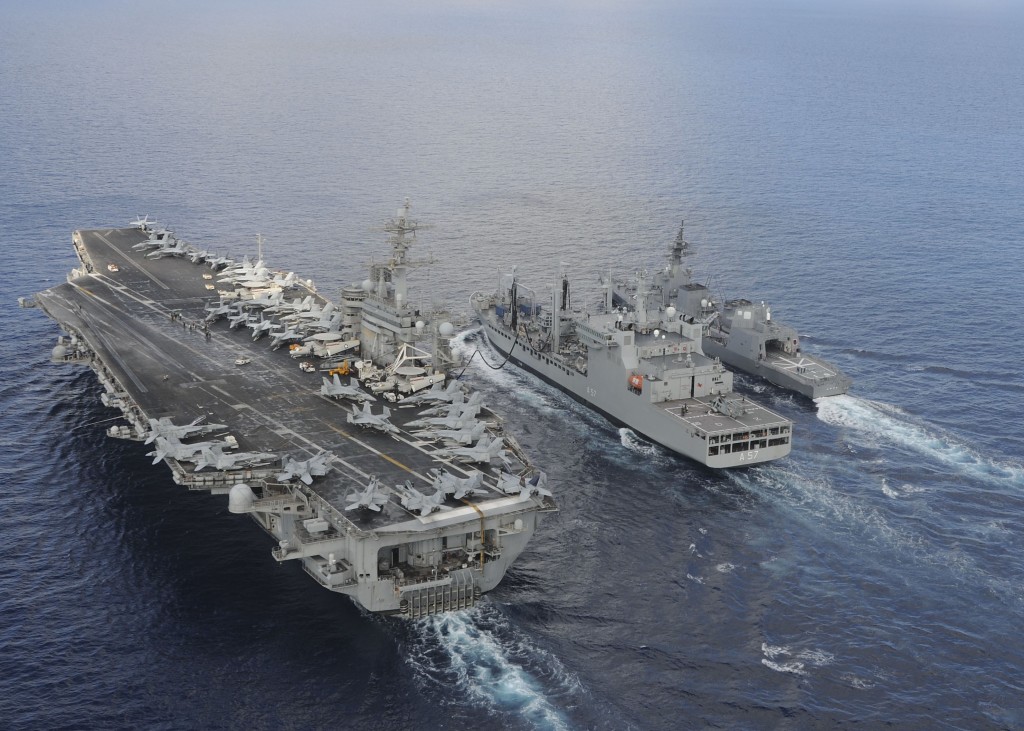 For India, Japan is a natural partner as it steadily transforms from a regional power to a true global power. Japan with its unmatched technological knowledge could help in fuelling India’s mission to modernise its armed forces with the most modern and cutting-edge defence technology. It particularly holds good in the case of Indian Navy as it sails towards attaining blue-water capabilities. Infusion of proven technology from leading Japanese manufacturers such as Kawasaki and Mitsubishi could be true force multiplier.

In fact, the Indian Navy has been in negotiations with Japan for decades to acquire SAR (Search and Rescue) aerial platforms and underwater combatants. Even after years of negotiations, these strategic deals have constantly run into roadblocks, even though an icebreaker was expected during the just concluded visit of Shinzo Abe, Prime Minister of Japan, to India, little moved in this prospectus.

With India having made giant strides to boost its defence equipment acquisition, through the introduction of ‘Make in India’ initiative and ‘Strategic Partnership’ model, the situation is ripe for Japan to make great inroads into India’s lucrative defence industry. For instance, the Indian Navy has recently floated an RFI for the multi-billion dollar Program – 75I submarine acquisition program in which Japan’s Soryu-class submarines are forerunners. Measured push by Japanese companies could change the strides in their favour.

Even though both the Defence Ministers during their recent meet expressed satisfaction at the continued deepening and diversification of bilateral defence cooperation, since the signing of the bilateral Memorandum on Defence Co-operation and Exchanges in September 2014, it is imperative that both sides have to work towards devising a well charted road map, which enables acquisition of equipment and also aid robust technology transfer.

A well documented roadmap, which warrants both acquisition and technology transfer, will undoubtedly hurl a new era in the Indo-Japan relations. The acquisitions themselves will help increase the interoperability shared between the forces and also paving way for increasing maritime co-operation along the strategic Indo-Pacific Sea Lanes of Communication.