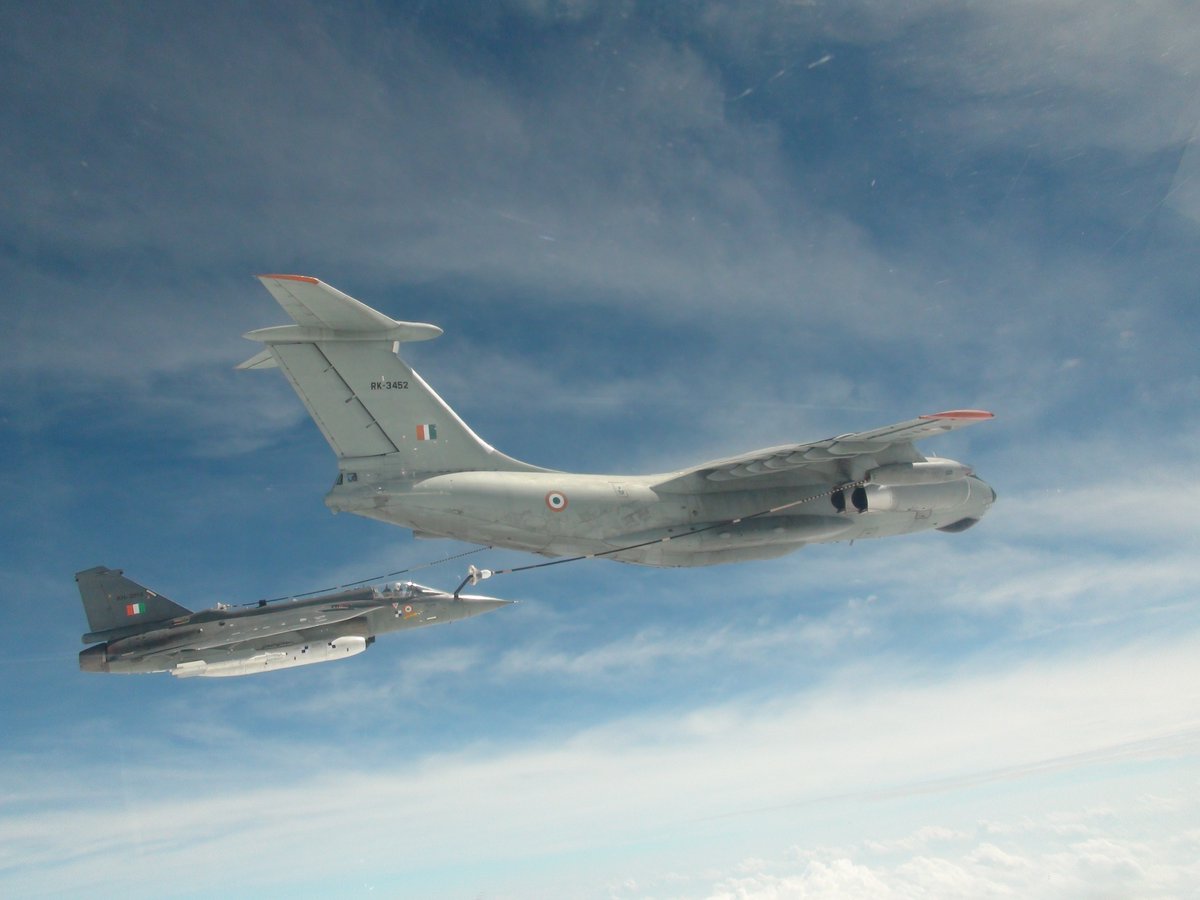 The indigenous Light Combat Aircraft (LCA) program received a shot-in-the-arm when one of the Tejas aircraft, developed under the program, successfully refuelled mid-air for the maiden time.

In preparation to the wet-contact between the fighter aircraft and the tanker, developmental agencies had conducted sustained ground trials and made extensive aero-structural changes to the aircraft. The agencies had also conducted dry-contact trials between the platforms on September 4 and 6.

During the wet-trials Tejas received about 1,900 KG of aviation fuel from the tanker, filling all its internal and external fuel tanks.The completion of these crucial trials has placed the LCA program on a steady course towards attaining the much awaited Final Operation Clearance (FOC) certification. Capability for mid-air refuelling was one of the most crucial requirements sought by the Air Force as part of the FOC package.

Tejas’ capability to refuel mid-air will mean that the aircraft will not only have increased time on station but will also drastically boost the combat radius of the aircraft. The Air Force had time and again raised a requirement for an increase in the aircraft’s range for it be deployed in active combat rules. The completion of these trials will now see the aircraft inching a step closer towards being deployed along Forward Operating Bases (FOB).

Besides, with mid-air refuelling capability, the aircraft can now take-off with minimum fuel load, thus allowing it to carry higher payloads for critical missions. The aircraft can then refuel mid-air effectively boosting its strike capabilities.

R Madhavan, CMD, HAL lauded the developmental teams for the success and quipped that the completion of the trials have quickened the FOC certification phase and has helped India join an elite group of countries who have developed the Air-to-Air (AAR) system for military class of aircraft.