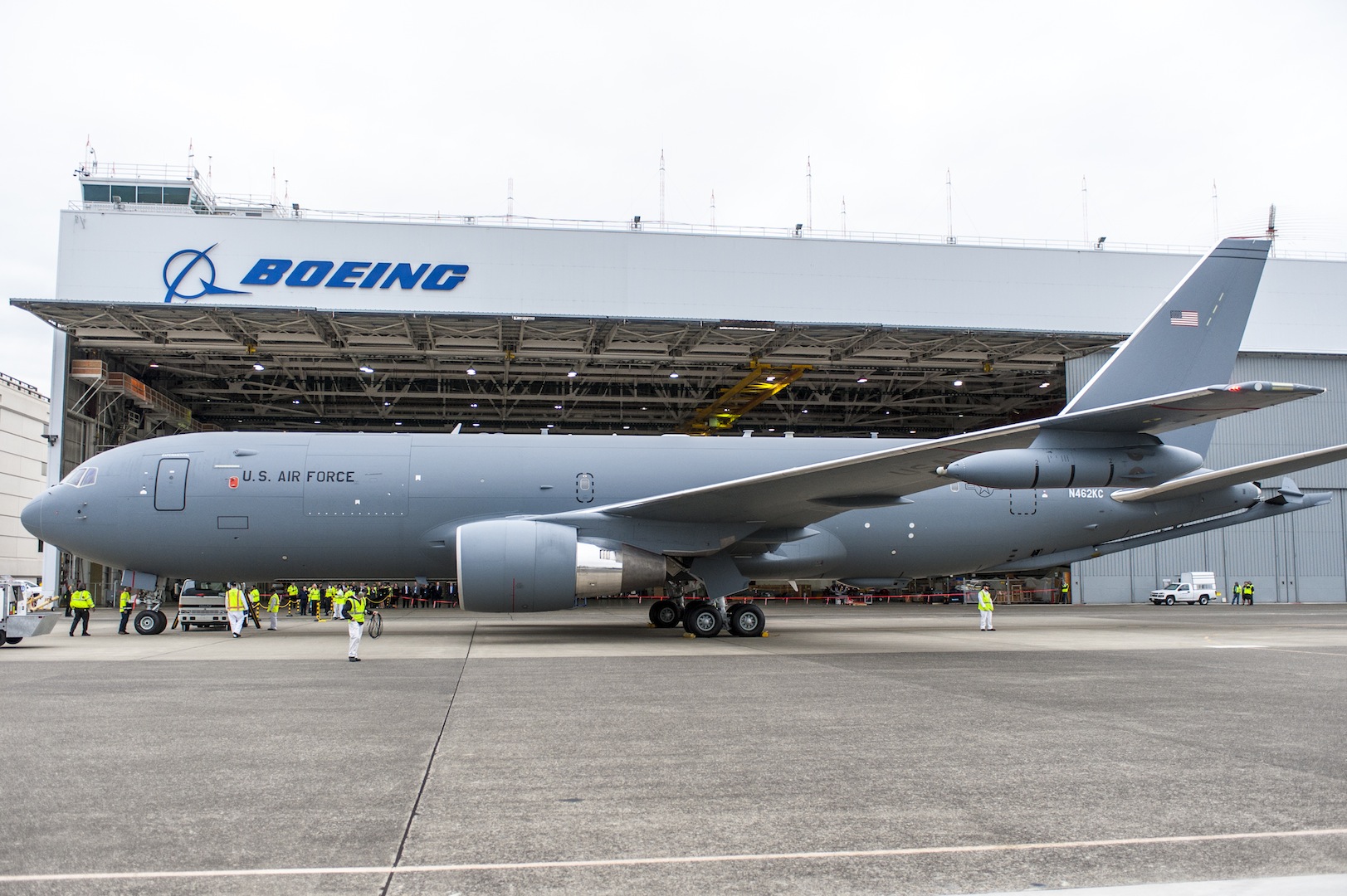 After years of developmental trails and a costly cost over run, Boeing Defence has finally tasted success with the KC-46A mid-air refueller program. The U.S Air Force, which is the primary user of the Aircraft, accepted the maiden Boeing KC-46A Pegasus tanker aircraft to the fleet.

While the formal delivery and induction of the aircraft is scheduled in February, 2019, the acceptance of the aircraft has however brought cheers to Boeing. This will now pave the way for an accelerated delivery and manufacturing cycle within the company. The first of the inducted aircraft are to be based at McConnell Air Force Base in Kansas.

“The KC-46A is a proven, safe, multi-mission aircraft that will transform aerial refueling and mobility operations for decades to come. We look forward to working with the Air Force, and the Navy, during their initial operational test and evaluation of the KC-46, as we further demonstrate the operational capabilities of this next-generation aircraft across refueling, mobility and combat weapons systems missions,” said Leanne Caret, president and CEO of Boeing Defense, Space & Security. “I want to thank the men and women of the Air Force and across the Boeing tanker team who made this happen.”

During extensive flight testing, six KC-46 completed more than 3,800 flight hours and offloaded more than four million pounds of fuel to A-10, B-52, C-17, KC-10, KC-135, KC-46, F-15E, F-16 and F/A-18 aircraft. The Pegasus has been rigorously tested throughout all aspects of the refueling envelope and in all conditions, including day, night and covert.

With the signing of what’s known as the DD250 paperwork, the delivery activities can proceed. McConnell Air Force Base will receive the first four KC-46 aircraft, all of which are ready for delivery, with four subsequent aircraft destined for Oklahoma’s Altus Air Force Base, beginning as early as next month.

Boeing is on contract for 52 of an expected 179 tankers for the Air Force. Beyond the first aircraft that was accepted today, nine aircraft are undergoing customer acceptance testing with the remaining aircraft of the contracted amount in production.

“This is an exciting and historic day for the Air Force and Boeing, as we hand over the first of many KC-46 tankers,” said Boeing Chairman, President and CEO Dennis Muilenburg. “I’m proud of the dedication and commitment by our enterprise-wide team, and we’re honored to provide this valuable and capable aircraft to our customer. We look forward to continuing to build and support the KC-46 for the Air Force—and other customers across the globe—for decades to come.”

The KC-46, derived from Boeing’s commercial 767 airframe, is also a contender for Indian Air Force’s (IAF’s) hunt for at least six mid-air re-fuelers. The IAF has been searching for these aircraft to significantly
bolster the strike capabilities of its fighter aircraft. The IAF in January, 2018 reissued a multi-billion dollar global tender for the acquisition of these platforms.

In both the tenders, Airbus’s A330-200 MRTT aircraft had outwitted Ilyushin IL– 78 aircraft in extensive field trials. With Boeing now offering the KC-46A Pegasus, the scale has titled in the high stakes tender.