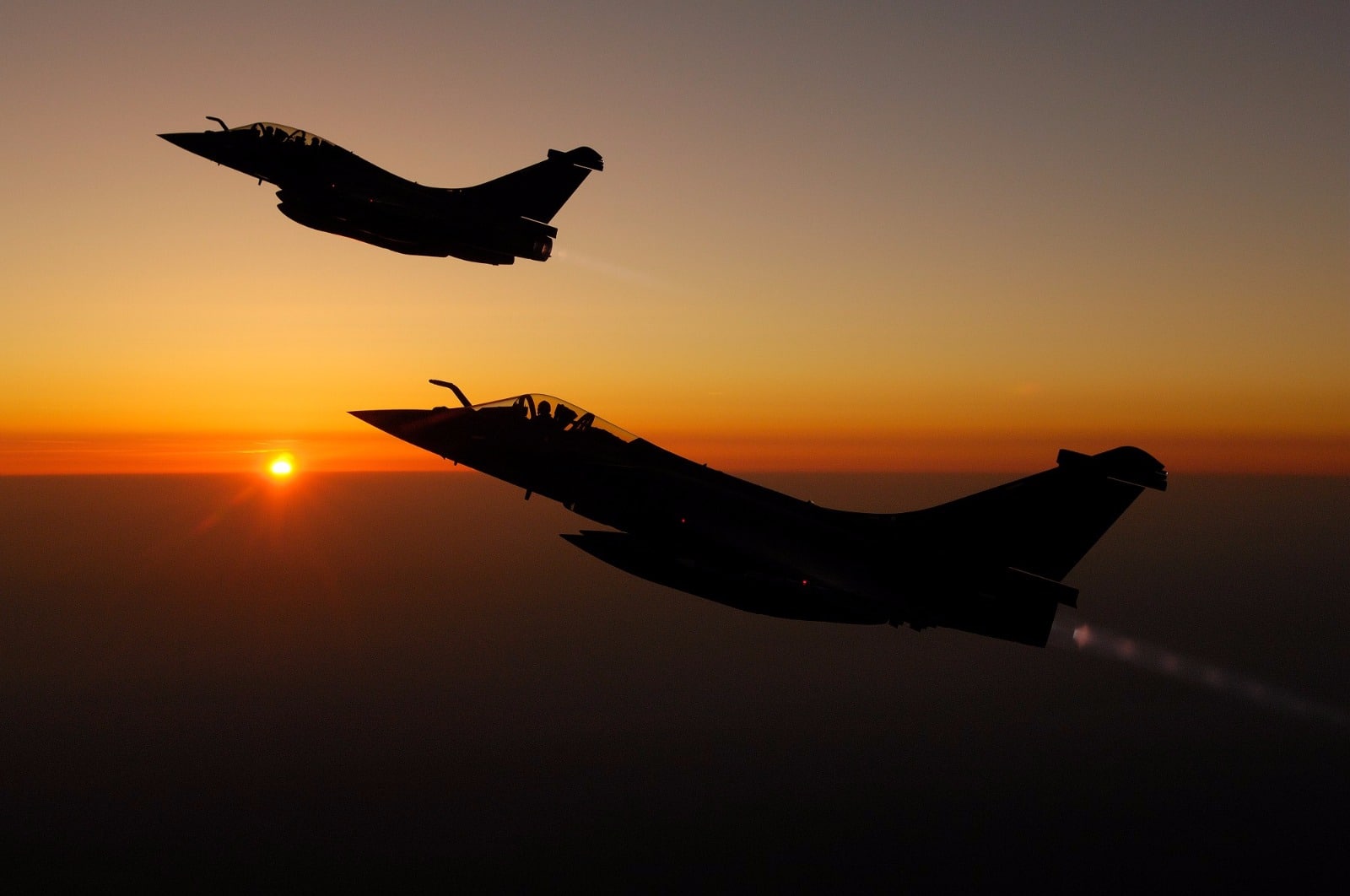 Will the Indian Air Force be second time lucky with its hunt for Medium Multi Role Combat Aircraft (MMRCA) platforms?

As India steers clear of its regional power status and sets course towards attaining a global power status, the country’s armed forces have emerged as the sword arm in this voyage. A robust military capable of projecting India’s power across the extended neighbourhood, stretching from the Persian Gulf to the depths of the Pacific Ocean, remains a key requirement.

The Indian Air Force, the fourth largest in the world, with its capabilities to apply air power across the region, has a crucial role to play in this voyage. Given the sustained hostilities in the Indo-Pacific region, successive governments at New Delhi have been actively pursuing programs to drastically enhance the reach and capabilities of the Air Force.

A major part of this modernisation efforts has been towards energising the fighter fleet of the Air Force, which has for years been the preferred power projector for India. With a sanctioned strength of 42.5 squadrons, the fighter fleet of the Air Force, under the evolved doctrines of the MoD, has been placed at the tip of the spear in any blitzkrieg attacks against hostile powers.

Even though the Air Force has floated several procurement and modernisation programs since the last two decades, success with them has been largely limited. One such high-profile program that the Air Force has pursued for decades has been its search for a reliable Medium Multi Role Combat Aircraft (MMRCA) platform, which the Air Force says is crucial to bridge the operational gap between its fleet of light and heavy fighter aircraft.

The search for these platforms began in the 80s and initially culminated with the induction of the Mirage – 2000 fighters. The success of these platforms in the Kargil episode promoted the Air Force to revisit the acquisition program for these platforms and soon emerged the infamous MMRCA tender, which was floated in 2001 for procuring 126 such platforms.

While the Air Force largely remained confident of acquiring its preferred platform under the tender – the Dassault manufactured Rafale – the MMRCA tender, however, crashed and burned, leaving a gapping hole in IAF’s modernisation program.

Undeterred, the Air Force in April, 2018 resumed its hunt for these MMRCA platforms through a global RFI, which laid the broad contours for acquiring 110 such fighter aircraft from a global manufacturer. Since the introduction of the RFI, all of the six global manufacturers who had contested in the erstwhile MMRCA tender have reentered the fray, making the current tender a redux of the prior MMRCA tender.

The tender, value at well over $20 billion, is being pursued under the Strategic Partnership (SP) model, giving a major boost to the government’s ‘Make in India’ initiative. While the Air Force is set to procure the initial 16 fighters directly off-the-shelf from the selected manufacturer, the rest 94 aircraft are to be manufactured in India by a local partner.

With the resurrection of the tender, global OEMs have already hit the ground running to edge their competitors in the multi-billion dollar race. With the tender now being routed through the SP model, global OEMs have been scouting for reliable strategic partners to execute the eventual ‘Make in India’ clause under the tender.

Lockheed Martin took a lead when the manufacturer decided to partner Tata Advanced Systems Limited (TASL) for manufacturing its F-16 Block 70 fighter in India, subject to its selection under the tender. Since the partnership, TASL has steadily been increasing its contribution to the global supply chain of Lockheed Martin. Besides the existing work orders for supplying aero structures for the C-130J aircraft and S-92 helicopters, TASL and Lockheed Martin signed an agreement on 04 September 2018 for manufacturing F-16 wings in India at TASL’s facilities. This agreement, which is independent of the impending decision for MMRCA 2.0, makes TASL the lead providers for all future customers.

US-based Boeing Defense which is offering it’s F-18 Super Hornet to the Air Force has tied up with Mahindra Defence and India’s only combat aircraft manufacturer Hindustan Aeronautics Limited (HAL), giving it a unique comfort in the tender. Given the minimum opportunities available for private vendors, HAL has for decades remained the sole supplier for the Armed Forces and it has time and again emerged as the preferred choice for executing offsets and licence manufacturing agreements in country.

Mahindra Defence has also steadily been making a foray into the defence sector and on the aerospace front, Mahindra has already began manufacturing smaller commercial aircraft besides producing airframe structures and aerospace components. This unique partnership with both the public and private sector of the country, gives Boeing definitive edge in the tender, specially so under the ‘Make in India’ clauses.

Dassault Aviation, the manufacturer of the Rafale fighters, are working towards strengthening their partnership with Reliance Defence. Both the companies have already created a Joint Venture (JV) – Dassault Reliance Aerospace Limited (DRAL) – as part of the offsets under Government-to-Government deal for 36 Rafale fighters. DRAL has been tasked with initially producing aerostructures for Falcon business jets and will eventually graduate to not only manufacture critical aero components for Rafale but will also fully manufacture the Falcon jets locally here in India.

Swedish-origin Saab AB which is pitching its Gripen – E fighter has tapped Adani Group, a new entrant to the aerospace and defence sector. In this regard, both the companies have cerated a Joint Venture (JV), which is aimed towards providing Adani Group with foundational capabilities. Besides the Gripen platform, the companies have also agreed up on building Unmanned Aerial Vehicles (UAVs), helicopters and other associated aerospace and defence platforms. Adani has itself been drastically increasing its footprint in the defence sector and is set to ink a contract with Elbit for manufacturing Hermes drones in India, according to a company source. Adani is also said to be at the cusp of attaining controlling stakes in at leas two major MSMEs, which have been providing cutting-edge defence technology to Indian forces. An increased footprint will go a long way towards addressing the concerns of Adani’s minimal experience in defence manufacturing and thus boosting Gripen’s prospectus in the tender.

It is undoubtedly a tough uphill flight for Eurofighter’s Typhoon, which was the L2 in the erstwhile MMRCA tender. While the aircraft has proven technical capabilities, the involvement of Leonardo, parent company of Augusta Westland, will definitely put the aircraft through headwinds. Augusta Westland and all her associated subsidies and interests, including Leonardo, have been suspended from doing business with the Defence ministry. As investigations into the Augusta Westland case, which alleges bribery charges against the OEM, picks up pace, it is unlikely the Ministry, specially so under the current NDA government, will give any respite to Leonadro.

While all the Western-origin fighters slug it out for the mother of all defence deals, the Russian-origin Mikoyan-manufactured MiG-35 fighter may very well emerge as the dark horse in MMRCA 2.0. Mikoyan, which has had a strong presence in India since 1960s, have revealed discussions are underway with HAL for the program. Company sources have indicated that the partnership agreement may witness the MiG-35s, which the OEM claims to be the most advanced and latest 4++ generation fighter aircraft, being manufactured in HAL’s Nasik facility, which currently has been involved in the Sukhoi Su-30 MKI program. Such a move may drastically reduce the cost for basic infrastructure and will also be a big boost to the current suppliers involved in the Sukhoi program.

Having received responses from global OEMs, the Air Fore is now working towards issuing the pre-requisite Air Staff Qualitative Requirements (ASQR) by the year-end. The issuance of the ASQR is a crucial stage in the tendering process as it will set the broad contours in regards to the aircraft’s required technical capabilities.

With the ASQR in place, the Air Force will then proceed to examine the submitted bids against the set standards and may shortlist the aircraft meeting the desired capabilities. RFP (Request for Proposal) is expected to be issued to these selected vendors by May, 2019.

While the ASQR is being drafted, the procurement wing of the Air Force is also working towards drastically reducing the whole acquisition time-cycle for the new tender. In the prior MMRCA tender,  it had taken the Government more than a decade to select the desired aircraft, let alone inking the contract with the OEM.

With all the participating aircraft being a carry over the erstwhile MMRCA tender, the Air Force, after due consultation with the ministry, is learnt to be considering plans to conduct limited technical trials for the current tender. Data generated from the extensive technical evaluations and trials conducted for the prior tender is expected to come in handy for the Air Force. However, abrasions about how the Air Force will evaluate platforms such as the Saab Gripen and Boeing F-18 Super Hornets, which had been ejected right in the initial stages of emulations in the prior tender, still exists in the air.

Air Force sources indicate that the trials would largely concentrate only on new enhancements mounted up on the aircraft since the trials in 2010. While the Rafale has since been upgraded to F3-R standards, Boeing’s Super Hornet are being upgraded to Block-III standard, featuring considerable stealth capabilities besides being equipped with conformal fuel tanks. Drawing from the F-25 and F-22 stealth aircraft, Lockheed Martin claims that it’s latest version of the F-16 – Block – 70 – has evolved to a true 4.5 generation fighter. Flying into the pack with extensive upgrades or an altogether near new fighter will be Saab with its Gripen – E platform. The trials through out the prior MMRCA tender was conducted up on the Gripen – C/D fighter. The new fighter besides featuring a heavily up-gunned power plant is also equipped state-of-the-art avionic systems such as an AESA radar and EW suites. A level playing field and a transparent trial and evaluation process remains a key requirement.

While the Air Force works on the contours about the technical capabilities, the MoD is burning the midnight lamp to roll out fighter acquisition specific implementation guidelines for the SP model. With legalities being probed into, sources indicate that life would be induced into the SP model by February, 2019 and may well be rolled out at Aero India – 2019.

It is crucial that the Ministry works in lieu with the Air Force to drastically cut down timeframes across the acquisition cycle. Even if the Government concludes a contract for these fighters by 2022-23, which largely remains the best case scenario, the first of the fighters will be joining the fleet only in 2025 and the final batch of the aircraft as late as 2037.