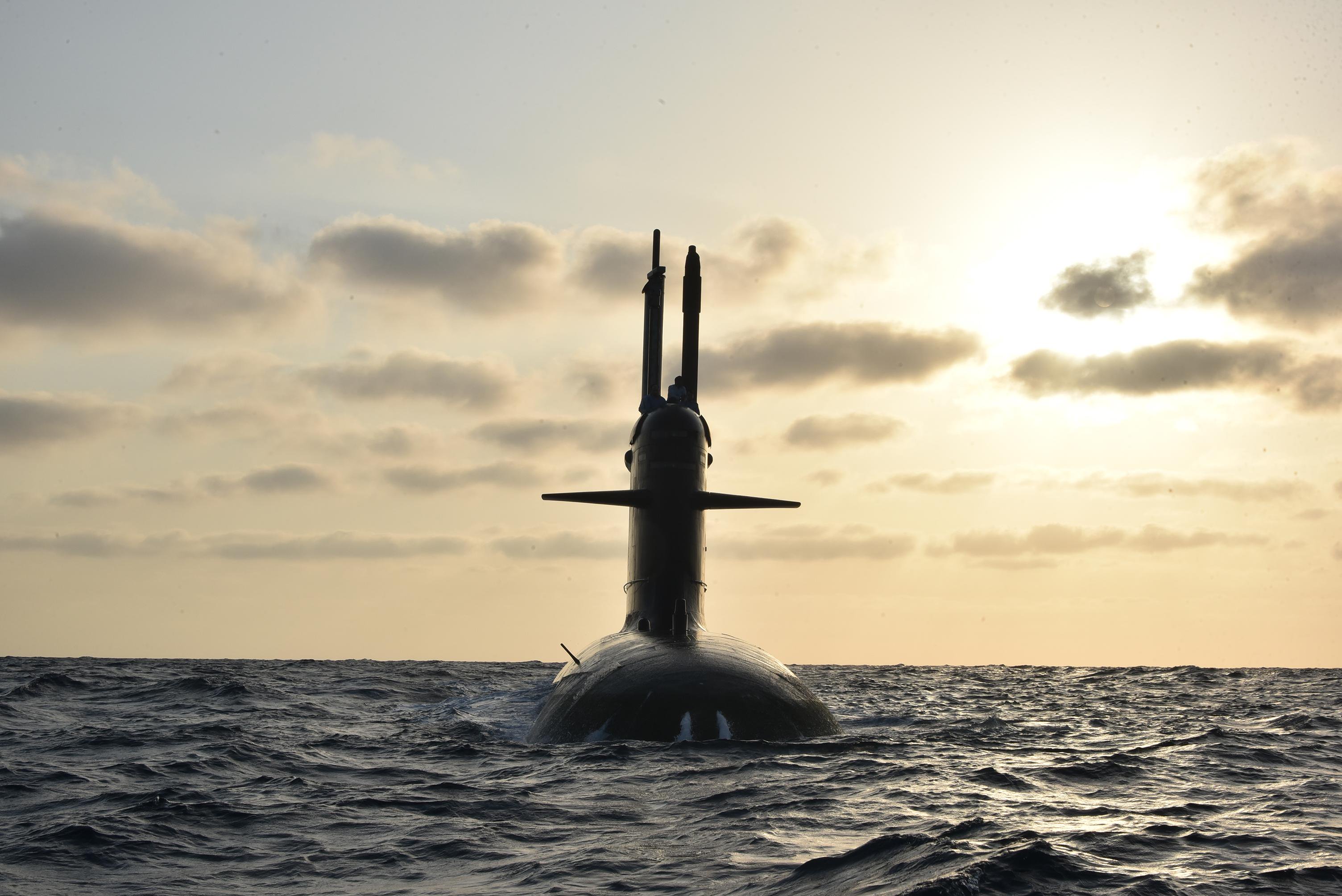 The second submarine of Project 75, INS Khanderi, was commissioned to the Indian Navy earlier today in the presence of Defence Minister Rajnath Singh, Chief of Naval Staff Admiral Karambir Singh and other dignitaries. The highly-advanced Kalvari-class submarine has been constructed locally by MDL in partnership with French maritime giant Naval Group. INS Khanderi features a high-degree of indigenous technology and stands as a cornerstone achievement in India’s ‘Make in India’ initiative.

After the commissioning of INS Khanderi, Defence Minister tweeted – “With growing stature of India in geo-political and geo-strategic dimension and increasing reliance of our neighbours on us to provide credible security and peaceful and prosperous sea routes, our responsibility has taken a paradigm shift.”

The submarine has been constructed under Indian Navy’s P-75 program with an outlay of over INR 23,000 crore. The Navy is all set to acquire six submarines of this class by 2021.

INS Khanderi has been constructed based on the Naval Group designed Scorpene-class diesel-electric submarines which are capable of neutralizing surface, sub-surface and ground-based targets.

Scorpene submarines are one of the most advanced combatants in their class and are currently in service with Chilean and Malaysian navy. These submarines were built using a modular design technique and feature high amount of stealth technology effectively making them deadly silent hunter-killers. The submarines using their advanced technology can lurk undetected in hostile waters for days at a time.

The submarine making use of its electronic and sensory suite can eavesdrop on enemy targets and collect electronic, thermal and acoustic signatures. These collected data will prove critical for detecting hostile platforms during wartime.

One of the lead sources for the platforms has been Sec Industries Pvt Ltd, which has provided main thrust blocks, weapons handling and storage systems, cofferdam doors and hull hatches.

Speaking about the relationship of Sec Industries with the project, D. Vidyasagar, Managing Director of SEC Industries, said “We are happy to be part of the on-going indigenisation of the P75 programme. With the know-how, technical assistance and constant support provided by Naval Group, we are happy to have developed these new facilities and delivered some major indigenous equipment for the Scorpene submarines.”

Mr Bernard Buisson in an interaction with Life of Soldiers speaking about the partnership with Indian companies had said “Naval Group and Naval Group India have a successful cooperation with MDL which is now the only Indian Shipyard which can boast of full expertise and know how to indigenously build conventional submarines.”

These companies have overtime gained capabilities to source these technologies to Indian and global partners. The expertise of these companies is already being sought by Naval Group for executing the multi-billion dollar submarine tender of the Australian Navy. These opportunities have now provided the Indian MSMEs with a launch platform to enter the global supply chain. A ToT agreement that had entitled the country with just technology has today provided a thriving defence ecosystem that will prove decisive for the future programs initiated by the Navy.

Scorpene submarines, to neutralise surface and ground-based targets, come fitted with the dreaded Exocet SM-39 AShM missiles. These compact missiles can neutralise targets as far as 49 kilometres away. The submarines will also carry heavy-weight torpedoes which can hunt down naval targets.

These submariners following their induction will be under the Western Naval Command (WNC) and shall be based in INS Kadamba, India’s biggest naval base. The addition of the Kalvari-class submarines will give a fillip to the navy’s capability and shall arm it with a platform to counter hostile threats in its territorial waters and beyond.