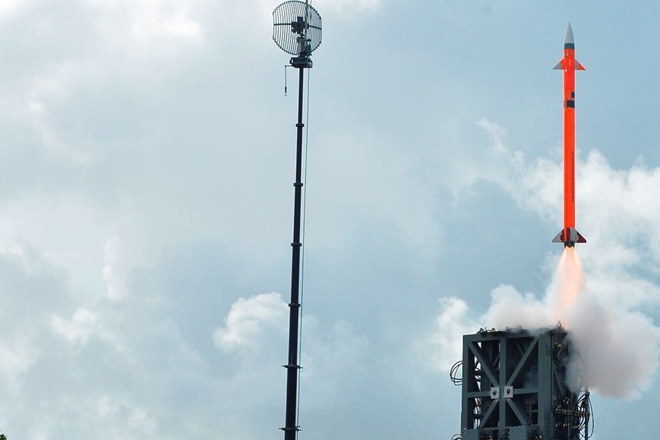 India today successfully test fired the under development Medium Range – Surface to Air Missile (MR SAM) from its Integrated Test Range (ITR) facility situated at Chandipur, Orissa. The missile was fired twice today in rapid successions from Launch Complex – III. The missile initially was fired at 8:15 HRS and successfully interdicted the designated target situated over Bay of Bengal. At around 15:45 HRS, the missile was yet again fired in autonomous mode and successfully neutralized a hovering drone.

Manohar Parrikar, Defence Minister of India, shortly after the test congratulated the developmental teams. He also said multiple tests would follow to ascertain the capabilities of the system. Key officials from the Indian Air Force (IAF) who witnessed the launch are said to have been impressed by the performance of the system. 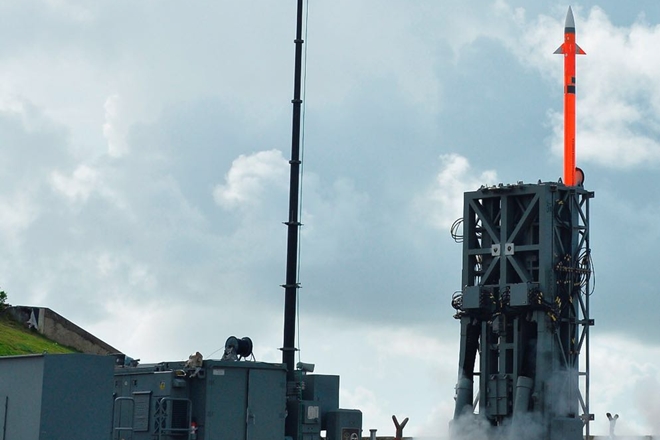 MR SAM system being injected from the launcher.

India is learnt to have played a crucial role in the development of the system. The Hyderabad based Defence Research and Development Laboratory (DRDL) in partnership with Research Centre Imarat (RCI) is believed to have developed key propulsion, navigational and computational systems for the missile. BDL, L&T, BEL and a host of the other Indian private companies were responsible for the development of the launcher and radar system.

The missile is possibly based on the Barak-8 Naval SAM system and features minimal developments over the same. The missile is expected to have a range of around 70 kilometres and can obliterate aerial targets ranging from 5th Generation fighter aircraft to terrain hugging cruise missiles. The missile assisted by its radar system can make multiple in-flight course changes and this helps in effectively countering highly agile targets.

The missile is integrated with MF STAR (Multi Function Surveillance Track And Guidance Radar) system. The radar system has been developed by the Israel based ELTA systems which is also a lead partner in various joint Indo-Israel programs. This state-of-the-art AESA radar is in-charge of acquiring, tracking and guiding the missile on to the designated target. MF STAR is a highly automated radar system and is capable of picking up targets as minute as a tennis ball in its range. 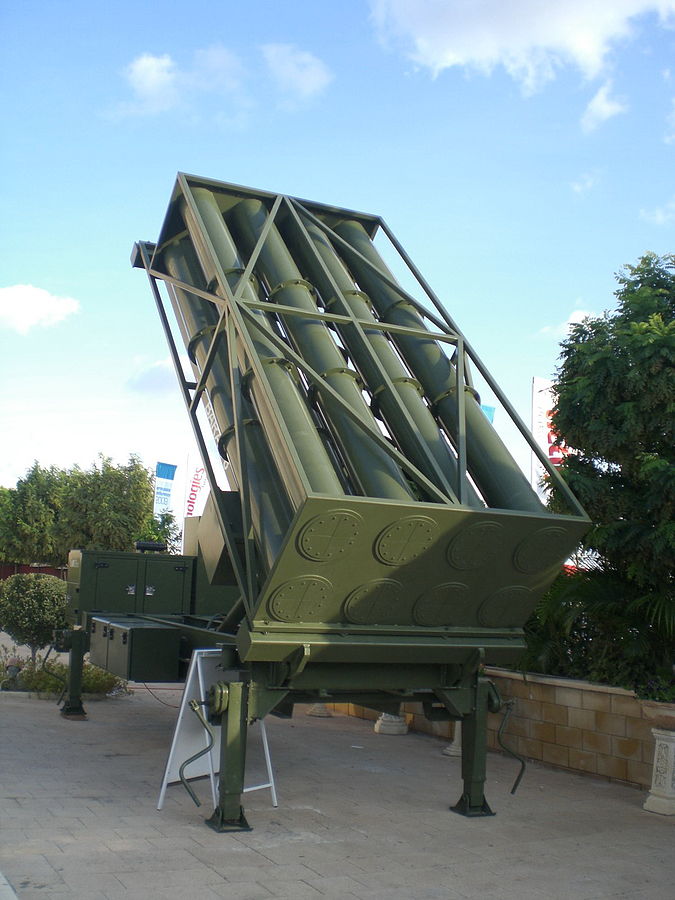 The system was first test fired in Israel by 2009 and various developmental hurdles have delayed the project by over two years. However, the naval version of Barak-8 has been in operation on-board the Kolkata Class guided missile destroyers of the Indian Navy and the Sa’ar 5-class corvettes of the Israeli Navy.

The land based version maybe inducted into the main folds of the Indian Air Force (IAF) by 2017. The missile system will replace the aging Pechora SAM systems of the IAF. The successful test and induction of the missile system will not only be a major boost to the capabilities of the air force but also a step forward in the maturing Indo-Israeli relationships.