Indian Navy inducts INS Chennai – the vanquisher of the enemies !!!

Today was a red-letter day for the Indian Navy and the nation’s effort in mastering indigenous technology, as Defence Minister Manohar Parrikar commissioned INS Chennai – the biggest indigenously-built stealth warship in Mumbai.

Manohar Parrikar addressing the gathering after the induction said “Today is a historic day for the Indian Navy as the last of the P-15A class destroyers formally enters service. The ship represents a significant coming of ages in our warship building capacity. The induction of Chennai is an important milestone in our relentless journey towards achieving self-reliance in battle readiness.”

The Defence Minister lauded Mazagon Docks saying “Chennai is yet another feather in the cap of MDL, which has translated a complex design into three state-of-art warships. MDL has been delivering quality products to the Indian Navy, as also offering wide product for domestic and over sea clientele.” 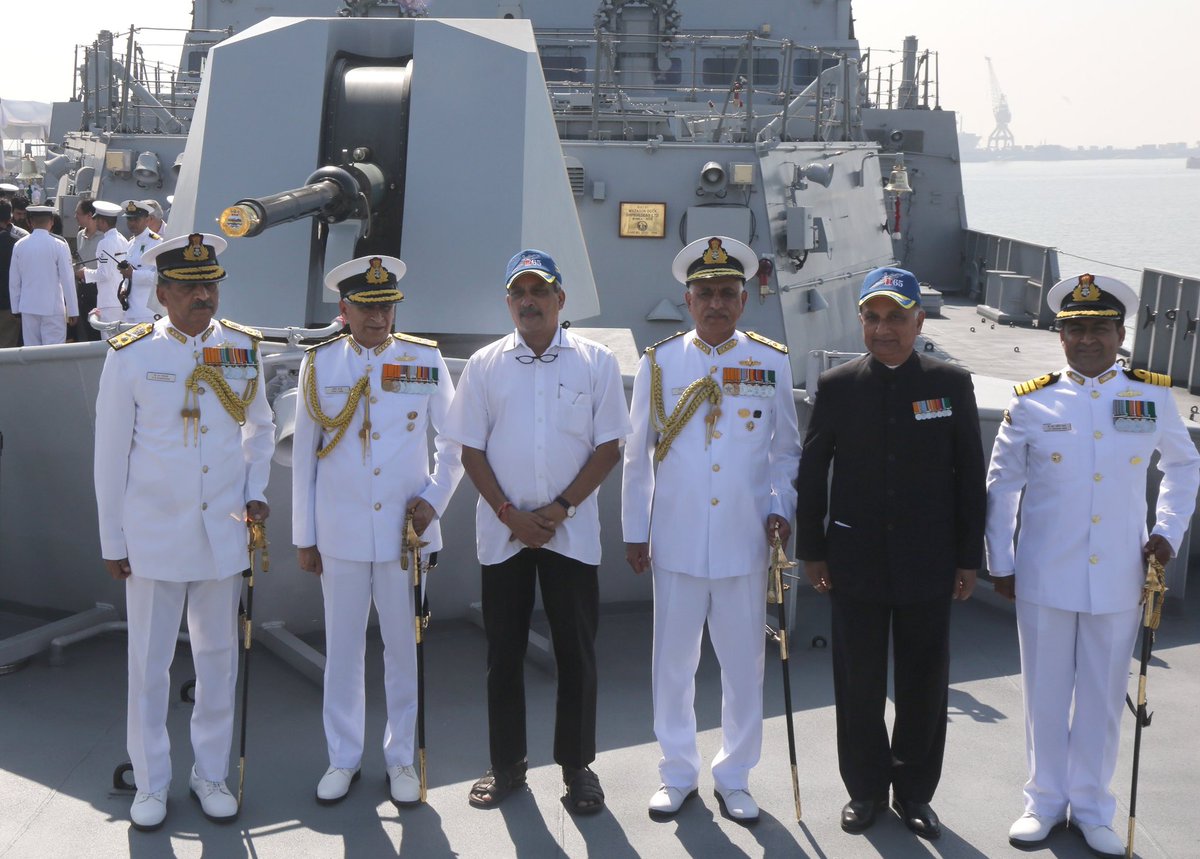 INS Chennai is the third and the last warship to be built under ‘Project – 15A’ in which the navy acquired three stealth guided missile destroyers. These warships were designed by the navy’s Directorate of Naval Design and were built using extensive indigenous technology by Mumbai based Mazagon Dock Shipbuilders Limited (MDSL).

INS Chennai is armed with the latest weaponry and sensory package and this gives the navy a fillip to its capabilities in countering a wide array of maritime threats. The warship becomes the navy’s tenth destroyer and will be based under the operational command of the Western fleet and will be homeported either in Mumbai or Karwar.

CNS Admiral Sunil Lanba, termed the induction of Chennai as a boost to the navy’s striking power. Lanba also praised the efforts of MDSL and said the shipyard has played a significant role in helping the navy transit from a buyer to a builder to a designer force.

Powered by efficient gas-gas turbine propulsion systems, the 7,500 tonne destroyer is capable of achieving speeds up to 32 knots. Chennai will be manned by 40 officers and 350 sailors. Captain Ram Mohan Praveen Nayak will serve as the maiden commander of the warship.

Indigenously developed BrahMos surface-surface cruise missiles, having a range of 300+ kilometres, give the vessel unmatched striking power. It is also equipped with twin heavy-weight torpedo launchers to counter any lurking sub-surface targets. The 70-mm naval gun can effectively hunt down surface targets.

The frontline battle ship is equipped with the ‘HUMSA-NG’ hull mounted sonar system developed by state-run BEL. These sensory systems effectively act as the vessel’s ears and eyes providing the crew with unmatched operational awareness. 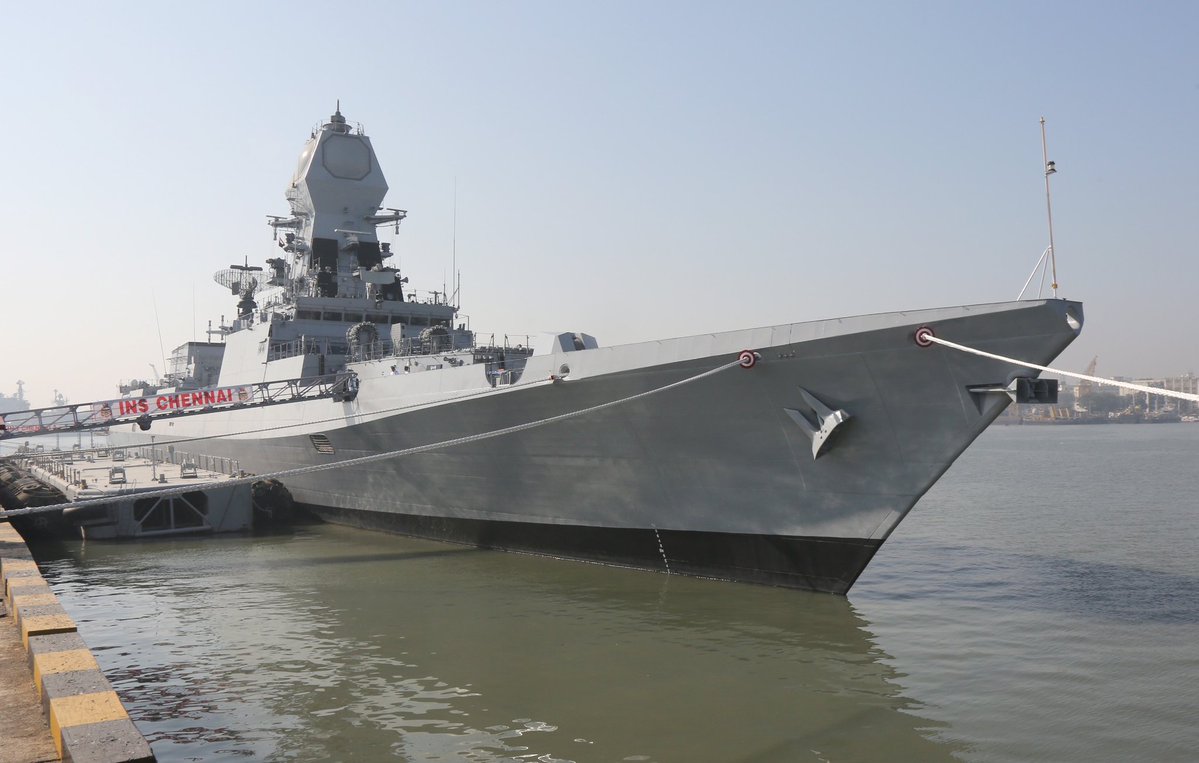 INS Chennai, featuring high level of indigenisation, becomes the latest indigenously-built warship to be commissioned by the Navy. Electronic Warfare suites, ship’s stabilisers, foldable hanger doors, sonar systems, decoy systems and helo traversing systems are a few of the advanced indigenous technologies to have made it on-board the vessel.

According to Admiral Sunil Lanba – the navy has been successfully in achieving 100% indigenisation in the float component i.e the skeel and hull fabrication. In the move component, which includes the engines and other things it is about 65% and in the weapon and fight component the number stands at 40%. The navy coupled with the efforts of shipyards and developmental agencies is working relentlessly to attain 100% indigenisation on its platforms.

The vessel utilizing its weaponry systems can neutralize land based targets as well as surface and sub-surface threats. The induction of INS Chennai is undoubtedly a shot in the arm for the navy’s striking power along the vulnerable Western sea board.