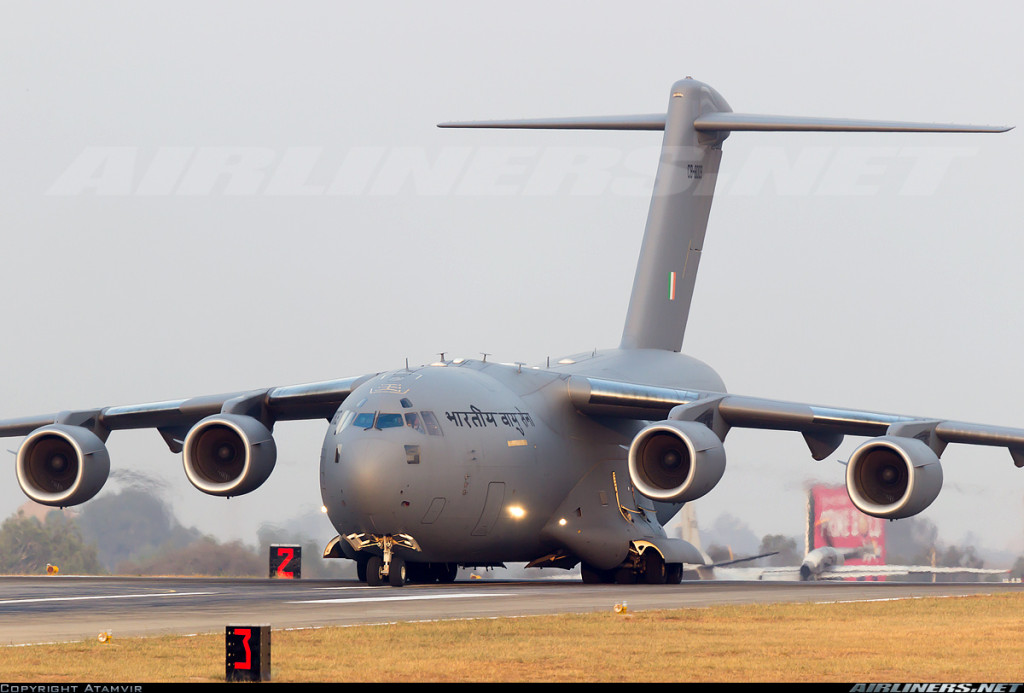 The air warriors of the country, Indian Air Force (IAF), have stepped in as guardian angels as India, grapples through the after effects of Modi’s demonetisation mission. IAF using its robust fleet of transport aircraft and helicopters has been helping RBI in rapid transportation of freshly printed currency.

Reliable sources have indicated that the air force has deployed at least 8 C-17 Globemaster aircraft and multiple units of Mi-17 helicopters to assist RBI. The Globemasters have been making relentless sorties from Mysuru and Nagpur, where two of RBI’s major printing press are located.

PM Narendra Modi on 8th November 2016 demonetised Rs.1000 and Rs.500 currency, in an effort to fight black money and corruption. The country ever since has been struggling to make ends meet with smaller denomination currencies like Rs.100 and Rs.50. To address these issues, the NDA government introduced brand-new Rs.2000 and Rs.500 currency notes.

However, rapid transport of currency notes across India was always a concern. Further, RBI has only four printing presses across the country and these are situated relatively far away from metropolitan cities. The government’s initial plans to use private charter aircraft and to tap into the rail network, failed to meet the surging demands across the country. Even though the government sourced in multiple private charters, the situation failed to improve.

Following this, the government opted to use the service of IAF for rapid transportation of money from mints and presses to regional RBI centres. The Indian Air Force answering the call of the nation, stepped in with its reliable fleet of Boeing manufactured C-17 Globemaster heavy lift aircraft.

IAF has deployed 8 Globemasters to ferry cash from Mysuru and Nagpur printing presses to 19 regional RBI offices. Of the 8 aircraft, 5 C-17s were deployed to serve out of Mysuru Airport while the rest catered from Nagpur Airport.

The C-17s are operated by the elite No.81 squadron which are fondly cherished the ‘sky warriors’. Operating under the Western Command of the IAF, the ‘sky lords’ have served the country gloriously since their inception in September 2013.

The squadron has been working relentlessly ever since they were deployed in what the air force terms ‘a nation building’ effort. For the ‘sky lords’, sorties out of Mysuru airport will v remain a cherished memory given the unique challenges they face.

Mysuru airport features a runway measuring around 5,500 X 95 feet. The minimum operational runway requirement for C-17s at maximum loads is set at 4,752 X 92 Feet. The aircraft thus barely scrapes through the optimal levels. This however is not a concern for the experienced airmen of the No.81 squadron, who regularly train to land and take-off from Leh and Thoise air base in STOL (Short Take Off and Landing) configuration. Missions out of the now inoperative Mysuru airport will serve as practice runs to the squadron.

The C-17’s are highly reliable transport aircraft which the IAF acquired from US based Boeing Company. The air force using the massive 77.7 tonne cargo hold of the aircraft is expected to have moved billions of rupees in days. The aircraft according to sources was used in a flat-floor configuration allowing the air force to accommodate higher amounts of cargo.

The No.81 squadron operates 10 of these highly capable aircraft out of Hindon Air Base in Delhi. The first C-17 was delivered in January 2013 and the last of the aircraft from Boeing arrived in 2015. The air force has been using these aircraft for several missions since their induction.

The efforts of the aircraft and the crew when serving in relief missions shortly after major natural calamities are laudable. C-17s have emerged as the favoured choice of the air force for mounting HADR (Humanitarian Aid and Disaster) missions. Globemasters became the maiden responders, when India mounted missions to Nepal following a massive earthquake. The aircraft till date having flown support missions to Tajikistan, Rwanda, Libya and Syria has proved its unmatched capabilities with the IAF. 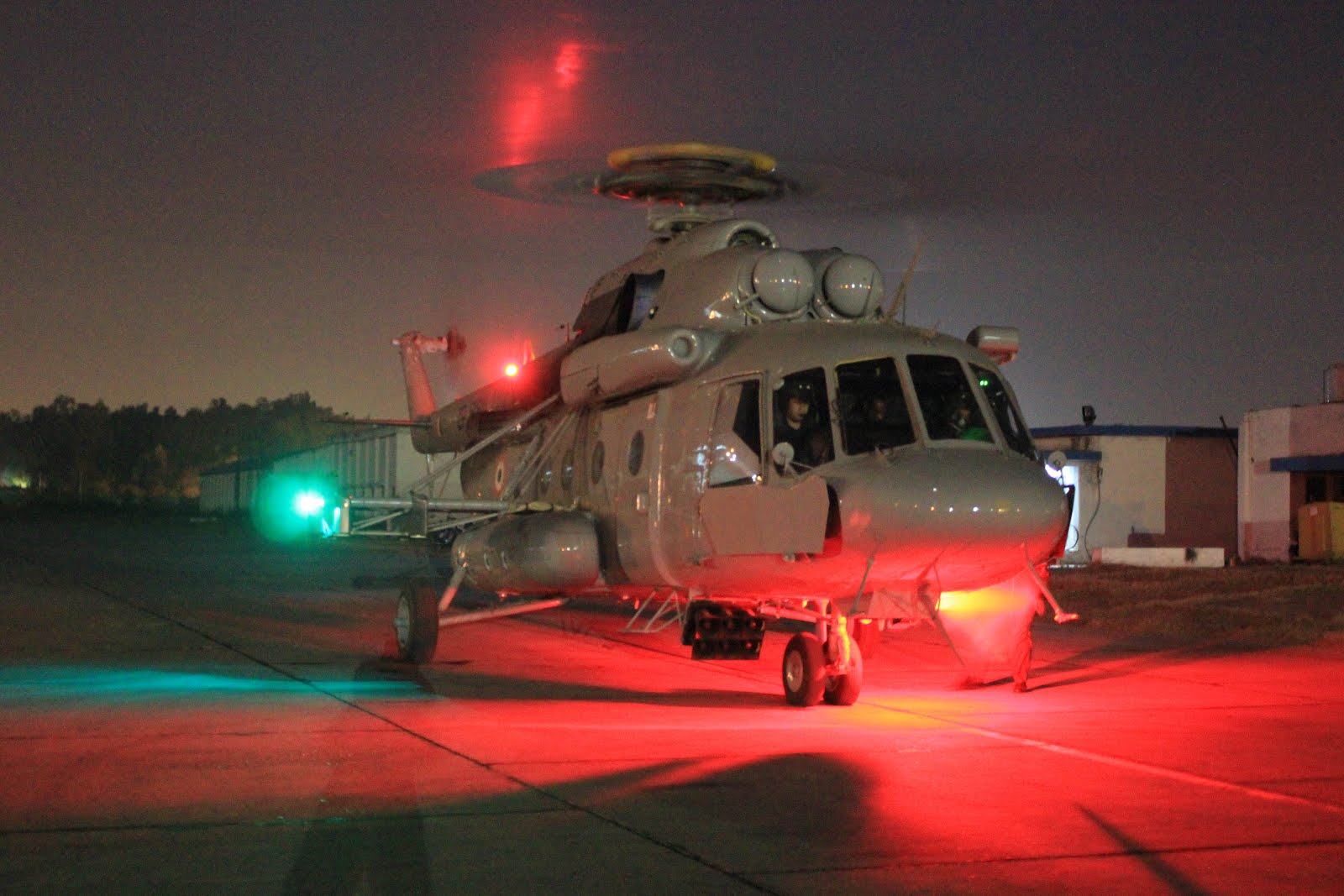 The air force has also deployed the sturdy Russian origin Mi-17 helicopters to dispense currencies from regional RBI centres to remote and inaccessible locations. The Mi-17s are being extensively used in naxal affected areas of Madhya Pradesh, Jharkhand, Orissa and West Bengal.

The inaccessible Northern and North Eastern Frontiers of the country are also being catered to by the Mi-17 helicopters. These able hepters were acquired from Russia and India has emerged as the single largest operator of the Mi-17.

Indian Air Force deploying its fleet of transport helicopters and aircraft is helping the nation beat the ‘cash-crunch’. IAF has and will remain to serve the country at every juncture of need.