Bengaluru – The Aerospace capital of India 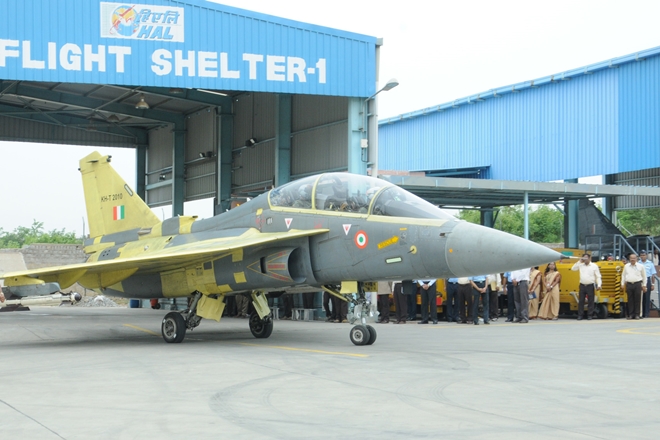 From manufacturing a monoplane, to designing and developing, the lightest 4th Generation fighter aircraft, Indian aerospace industry has grown by leaps and bounds. Today, the country’s aerospace industry has firmly fortified its position in the global arena. It is growing exponentially and is expected to breach the US $ 10 billion mark by 2020.

India outlays almost 3% of its GDP for keeping its armed forces battle ready. The Indian Air Force (IAF) is the fourth largest air force in the world and is in-charge of guarding India against aerial intruders. The needs of the air force have been traditionally met by global vendors. However, India has been putting in sincere efforts to indigenously meet the requirements of its air force.

The birth place of India’s aerospace dreams is Bengaluru – also the silicon valley of India. The city is a hub for research and development activities pertaining to aerospace industry. Bengaluru – erstwhile Bangalore – over the decades has simulated the growth of the aerospace industry in the country and is often referred to as ‘India’s holy land of aerospace’. Various government organisations and private vendors based out of the City are catering not only to the local needs but to several global manufacturers.

The city is home to various military aviation developmental centres and also to civilian R&D centres. Bengaluru has received substantial funding through the FDI route and this has enabled it to play host to some of the most advanced aeronautical developmental centres. Apart from the government owned organisations, the city is home to various Original Equipment Manufacturer (OEM) bases. Honeywell, Boeing, Airbus, IAI and IRKUT are some of the major draws in the field. The indigenization factor however is driven by the Public Sector Undertaking (PSU) organizations. It is apt to consider these organizations as the ingredients in India’s quest to attain self reliance.

The company within years of its establishment built and flew its first aircraft ‘the Harlow PC-5 aircraft’ in 1942. Later the company was transferred to the allied forces to support their campaign against the Japanese forces.

The allied forces converted the corporation into a gigantic aircraft maintenance depot which over the years became the largest aircraft overhaul and maintenance facility in the Eastern hemisphere. Operations of Hindustan aircraft was taken over by the Indian Government in 1964. Hindustan Aeronautics Limited (HAL) – was converted into a Public Sector Undertaking (PSU) and was put in-charge of shaping India’s aerospace sector. 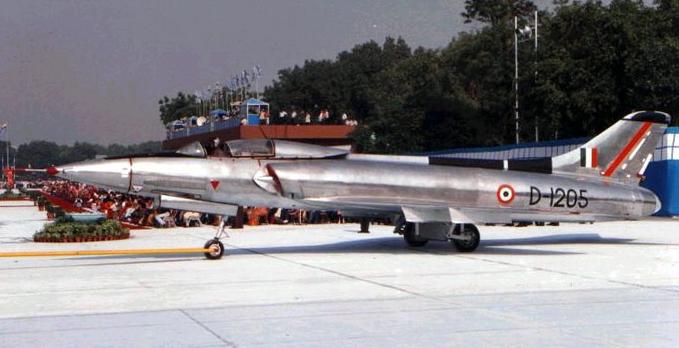 Under the leadership of Kurt Tank, HAL designed and built the Marut HF-241 fighter aircraft which made its debut flight on 17th June 1961. Marut won IAF, three Vir Chakra’s during the 1971 war. The Marut, however withered out owing to maintenance issues. A new era in India’s aerospace adventure was lost due to international pressure. Since 1963, HAL has locally produced MiG – 21, Jaguar and Sukhoi Su -30 MKI fighter aircraft.

Apart from the fighter aircraft, HAL has also earned laurels in the development of rotary aircraft. HAL’s indigenously developed Advanced Light Helicopter (ALH) took to skies on 30th August 1992. The ALH Dhruv has clocked 1,00,000+ flight time and is considered to be one of the best helicopter. Light Combat Helicopter (LCH) that was developed by HAL has thoroughly impressed its end user the Indian Air Force. The chopper will be inducted to the forces by the year end.

A project that threw HAL to the global fore-front was the Light Combat Aircraft (LCA) programme. Tejas, a spin-off product of the program, is designed by Aeronautical Development Agency (ADA) while HAL is designated as the lead manufacturer. The aircraft has outshined hurdles with every flight. It is the lightest combat aircraft in the world and has enjoyed an incident free flight record. Tejas made its debut flight on 4th January 2001 and has clocked 3,000+ flights till date.

Bengaluru and the HAL airport witnessed history on July 1st, 2016, when the IAF inducted the first squadron of Tejas – the ‘Flying daggers’ into its ranks.

HAL taking up on the responsibility of making the nation self-reliant in the aerospace sector has worked relentlessly and has ingeniously developed 12 different aircraft. HAL has rolled out 380+ aircraft and 3750+ aero-engines. HAL caters to almost 85% of the air forces maintenance requirement and has overtime overhauled 9000+ aircraft.

The PSU has 19 production divisions at its disposal and these are supplemented by 9 state-of-the-art R&D centres. HAL today is in tie-up with leading global aircraft manufacturers like Airbus, Boeing, Honeywell and BAE avionics to supply them with several sub-systems for their aircraft.

The Aeronautical Development Agency (ADA) was set-up in 1984 when the LCA program was sanctioned by the Indian Government as an autonomous body under the Ministry of Defence.ADA which is based out of Bengaluru is responsible for designing and developing the Light Combat Aircraft (LCA).

It has carried out extensive Research and Development (R&D) works pertaining to the development of military aircraft in the region. ADA in partnership with Hindustan Aeronautics Limited (HAL) has developed several cutting edge technologies for the IAF. LCA Tejas developed by the agency is considered to be one of the best light combat aircraft ever designed in history. 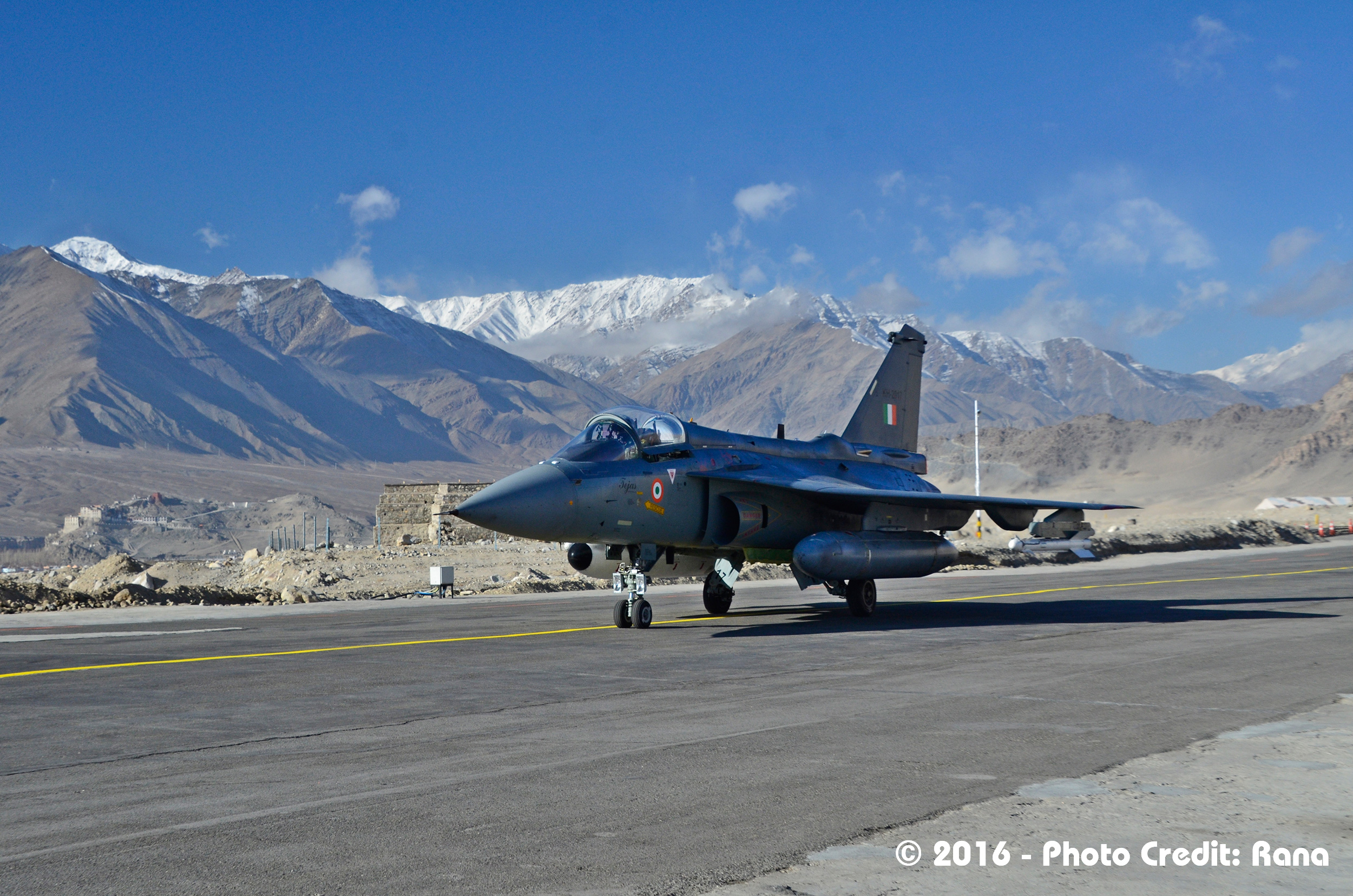 The agency since its inception has gained unmatched material and technological knowledge base. Today, it is capable of indigenously designing and manufacturing several key aerospace technologies in record times. These path blazing technologies have been implemented on various fighter aircraft of the IAF. ADA has consistently been giving life to India’s aerospace dreams.

Working with a budget of INR 2800 crore, it has developed key aerospace materials and electronic systems. NAL developed Hansa and Saras civilian aircraft are India’s stepping stones in the civilian aerospace sector. Through these jets, NAL is aiming to nurture the regional air transport facility in India. 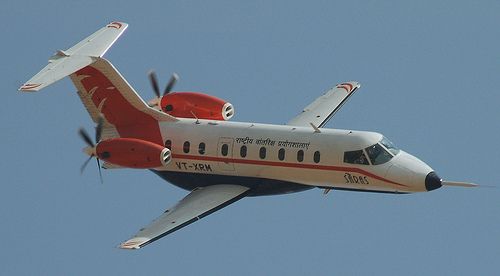 NAL on the military front has developed several strategic support systems for the aircraft of the IAF. NAL in lieu with HAL and ADA developed the fly-by-wire laws for the LCA aircraft. This system has made sure that the pilots have a stress free flight. The LCA aircraft which is considered as the world’s lightest combat aircraft is solely because of the composite structures that were developed with the assistance of NAL.

The agency is also involved in developing Unmanned Aerial Vehicles (UAV) for the IAF and is making significant contribution for the Rustom project. NAL developed Black kite Pushpak and Golden Hawk UAV have been inducted to the IAF and are considered as force multipliers for the air force.

The Aeronautical Development Establishment (ADE) is the lead laboratory of DRDO for developing military aviation solutions. The laboratory working in close competence with the HAL, has taken up on the responsibility of meeting the aeronautical requirements of the Indian forces. The laboratory was set-up in 1959 at Bangalore with an aim to develop electrical and support systems for the aircraft.

Today, ADE is involved in developing path-breaking aeronautical technologies. It has contributed significantly to the LCA program by developing avionics and electrical packages for the aircraft. ADE developed the complex quadraplex digital fly-by-wire system for the Tejas aircraft. 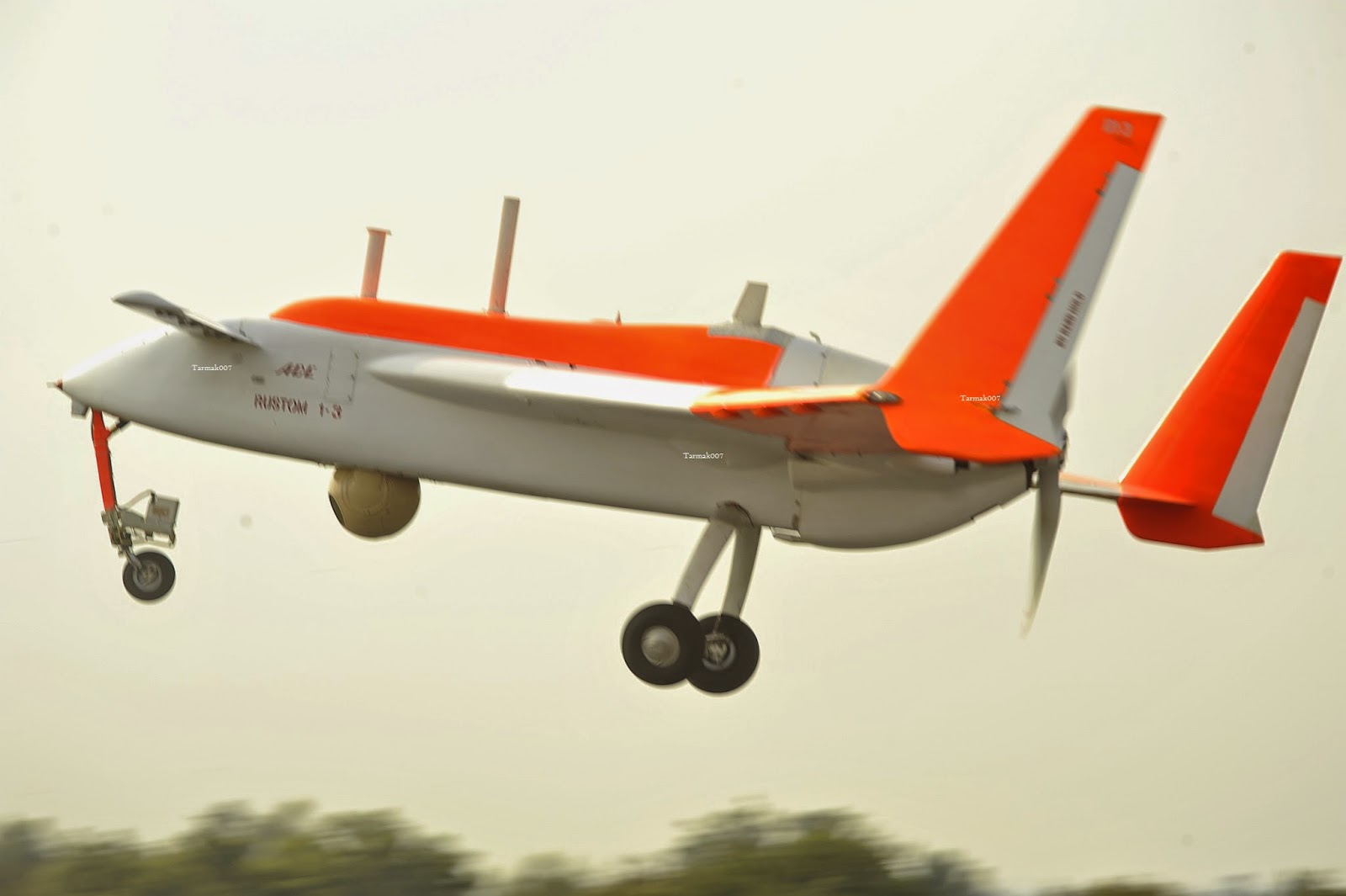 The laboratory has also successfully developed the Lakshya target aircraft and Nishant reconnaissance UAV for the IAF. It is now working relentlessly towards making the Advanced Medium Combat Aircraft (AMCA) and the Rustom projects a reality in the shortest possible time frame.

The nerve centre of an aircraft is always the avionics package. These crucial packages act as a men-machine interface. The Bangalore based Defence Avionics Research Establishment (DARE) laboratory of DRDO is responsible for the development of avionics systems. The laboratory was set-up in 1986 with an aim to meet the requirements of the growing IAF’s aircraft inventory.

Centric to the development of an aircraft is the jet engine which serves as the power plant for the aircraft. Modern aircraft are powered by gas turbine engines and turbofan or turboprop engines. The development of a jet engine is extremely complex given the materials and flawless design required to make the engines work at its best efficiency rate. These engines are fundamental to acquire very high speeds for the aircraft.

The Bangalore based GTRE or Gas Turbine Research Establishment is responsible for developing jet engines for meeting the requirements of the forces. The laboratory is functioning under the DRDO with a mission to develop the latest aero gas turbine engines. The lab was set-up in 1961 and since then has brought forward several revolutionary technologies. Apart from aero-engines the laboratory is also developing marine turbines for powering combat vessels of the Indian Navy.

Gaining expertise from the project the laboratory has developed India’s first Airborne Early Warning and Control (AEW&C) system based on an Embraer aircraft. The aircraft is loaded with multiple state-of-the-art sensor systems and this has enables the aircraft to maintain a vigil on activities happening around its designated territory. The centre working closely with the LRTE developed the highly advanced Active Antenna Array Unit (AAAU).

The CEMILAC working under DRDO is responsible for certify any aeronautical systems developed in India to be air worthy. The centre is the nodal agency for certifying aircraft, helicopters, aero-engines, aero-structures, aeronautical development establishments and aircraft mounted computational systems to be airworthy. The centre was set-up at Bangalore in 1995 to facilitate the booming Indian aerospace industry.

CEMILAC is a major force that is helping India realize its aerospace needs. Today the centre is co-ordinating and consolidating all certification activities with the help of its 14 regional centres. CEMILAC is at the core of every developmental project and it is this very lab that defines the requirements of a project. The lab is also responsible for nurturing such a program from its incubation phase to the date of its decommissioning.

Having more than eight strategic aeronautical development organizations, Bangalore can rightly be called the ‘Incubator of India’s aerospace dreams’. This city has strived to turn those dreams into sheer reality. By-product of these dreams are the highly advanced fighter aircraft, helicopters and UAVs which are protecting the sanity of the Indian skies by serving under the Indian Air Force.