India ramping up its infrastructure and connectivity along the China Border in an effort to gain strong foothold in the LAC region.

India in an effort to bolster its offensive and defensive capabilities along the Line of Actual Control (LAC) — the de facto Indo-China border — is rapidly boosting its infrastructure and support systems in the Eastern border region. The government has constituted several developmental projects under the MoD and MHA with an impetus to enhance the connectivity to these strategic areas.

India and China share a land border of over 4,000 kilometres known as the LAC, which has no formal demarcation line but has been established upon mutually agreement between India and China over several bilateral agreements. LAC has largely been peaceful since the 1962 Indo-Sino war. However, stand-offs and skirmish have increased by several folds in the past few years and India has on several occasions reported of repeated trespassing and heightened transgression by Chinese troops.

China has over the decades rapidly ramped up its infrastructure along the border region especially in the disputed Akash Chin area. The communist state claims almost 1,28,000 Sq. km of Indian territory in Arunachal Pradesh and Jammu & Kashmir. To ramp up its presence and for enabling rapid troop movement, China has constructed several well paved highways, airstrips and railways lines which connect the tip of the LAC.

India along the border region boosts of minimal connectivity and infrastructure along the LAC and this remains a major concern for the forces.  The government has been working relentlessly to connect the Northern Eastern states which border China to the national transportation grid. This will go a long way in addressing troop deployment issues being faced by the forces in this inhospitable operational theatre.

India has taken up the construction of at least 73 high standard roads which run along the contested border. While MoD has been put in-charge of constructing 46 strategically important roads, the MHA is overlooking the construction of 27 roads. These roads after completion will rapidly cut down the troop deployment time. 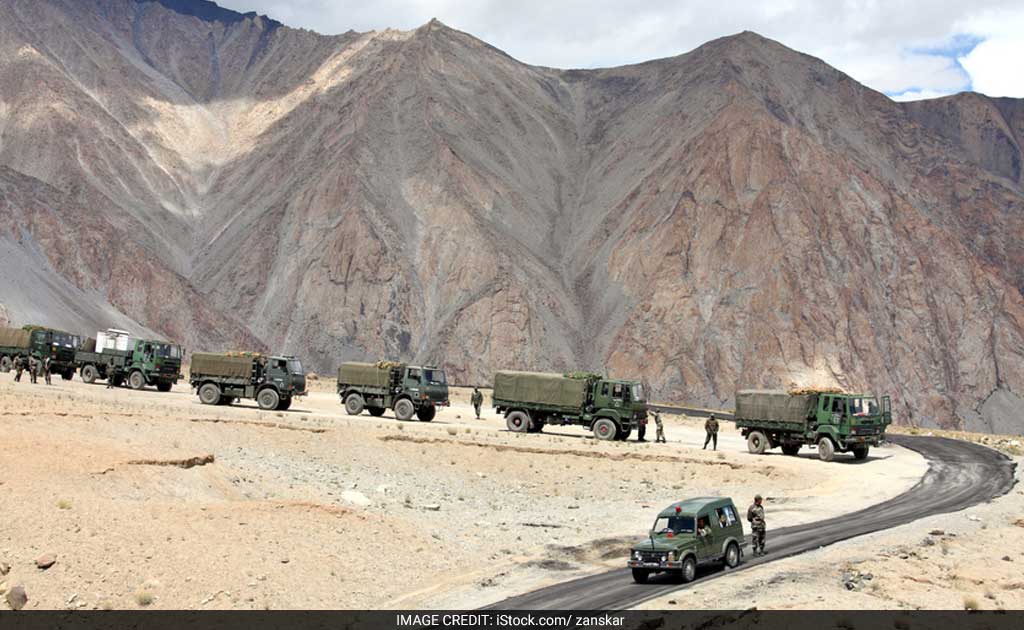 A convoy of trucks of the INdian Army moving in the Indo-China Border; Source – Net.

The army had in the past raised concerns about the project and had even termed the under construction highway from Tawang — at the eastern most part of Arunachal Pradesh — to Vijoynagar — situated in the western most part of Arunachal Pradesh — as a strategic blunder. It has for years opposed construction of roads close to the border and has said that any hostile forces intruding Indian Territory can rapidly advance using these very roads. The government however has placated the army citing that these infrastructure developments are critical to retain local population close to the border areas.

The government besides this is constructing several railway lines close to the LAC which will enhance the logistics support system to the forward deployed troops. The rail ministry is in the process of building 12 strategically located rail routes in the states of Jammu and Kashmir, Himachal Pradesh, Arunachal Pradesh and Uttarakand. China on the other hand currently has about 10,000 kilometres of railway line in the Tibet region alone.

The Ministry of Railway has already completed a detailed technical study in the region. A release by the ministry stated that the routes under consideration are ‘Misamari-Tawang Railway line – 378 kms, North Lakhimpur- Silapthar line – 248 kms, Murkongselek-Pasighat-Tezu-Parshuram-Kund-Rupai Siding line – 256 kms and the Bilaspur – Mandi – Manali – Leh – 498 kms’.

A Senior Engineer with the Indian Railway speaking about the project said “The ministry has given great impetus to the project and a technical survey of the terrain has already been completed. A report drafted in consultation with several engineering and security agencies has been tabled.”

Speaking about the challenges that the railways will encounter when executing the project he said “The construction of these lines is an extremely demanding as they pass through several high-altitude ranges. Construction of bridges and tunnels will be very complex and the railway for this may seek assistance from foreign firms. Indian Railways however has all requisite capabilities and expertise to execute the program.” 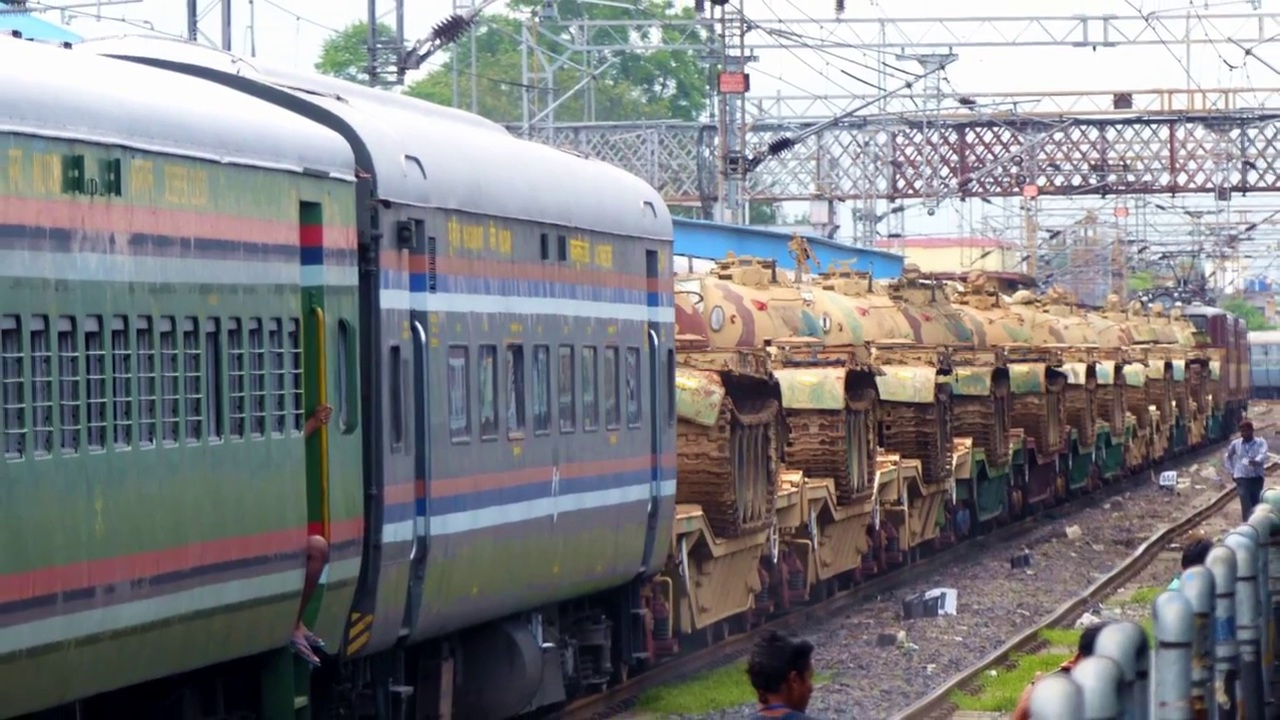 A military train being operated by the Indian Railways. These trains are critical to transport troops and weaponry to the frontiers.

The government alongside these projects has successfully completed the construction of seven Advanced Landing Grounds (ALG) which are located within 50-150 kilometres from the de-facto border. The Indian Air Force (IAF) which is the prime user of these strategic assets had taken up the project at a cost of around INR 1,000 crore.

These ALGs which are critical for rapid troop and ammunition movement were used extensively during the 1962 Indo-Sino war, following which they were rendered inactive. Taking into consideration the surging Chinese activity, the government in the late 2008 cleared the air force’s proposal to reactive these airstrips.

These upgraded ALGs are capable of handling almost the entire fleet under the IAF in adverse weather conditions and even support night-time operations. The air strips which feature paved runways are equipped with handling, refuelling and minimal maintenance facilities. Besides addressing the needs for rapid deployment the air strips will also boost the logistics support for the forces and also the efficiency of air operations in the Eastern theatre.

The first of the repaved and revamped airstrip was activated at Walong in October, 2015. ALGs at Ziro and Along were reactivated in March, 2016. The air force then opened up the Menchuka ALG in May, 2016 which overlooks Chinese posts along the LAC. In August, 2016, the air force activated the strategic Pasighat ALG from which the air force can operate advanced fighters. 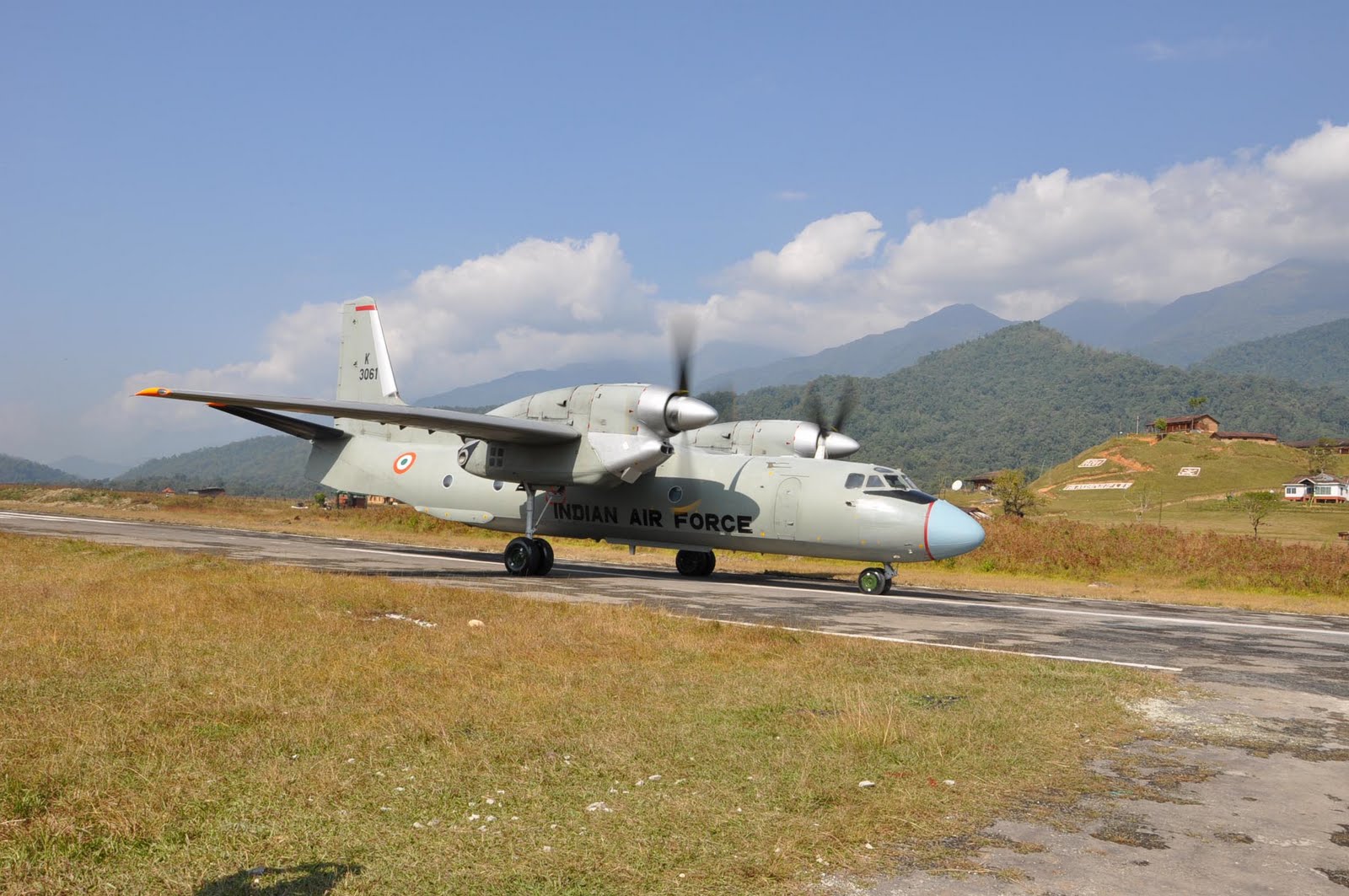 The army’s troop movement capabilities in the region received a quantum jump in November, 2016 when India’s biggest transport aircraft — the Boeing C-17 Globe Master — landed in Menchuka ALG. The air force shortly after this reactivated the Vijayanagar ALG. In a fillip to India’s military capabilities along the LAC, the air force in December, 2016 activated an ALG at Tuting which is located just 30 kilometres from the border. Work on the final ALG has begun at Tawang and the airstrip is expected to be operational by mid-2017.

The addition of these strategic roads, rail lines and air strips will boost the response time of the forces for various operational situations. The development of these assets along the LAC however remains only as a catch-up act of India. China in the past few decades has built-up one of the most robust military infrastructure along the troubled border. The activation of more of these assets will remain a key mission to India even as transgression from China increases.