With Indian Navy floating an RFI for 57 aircraft, global aerospace companies flock to the country with attractive offers. 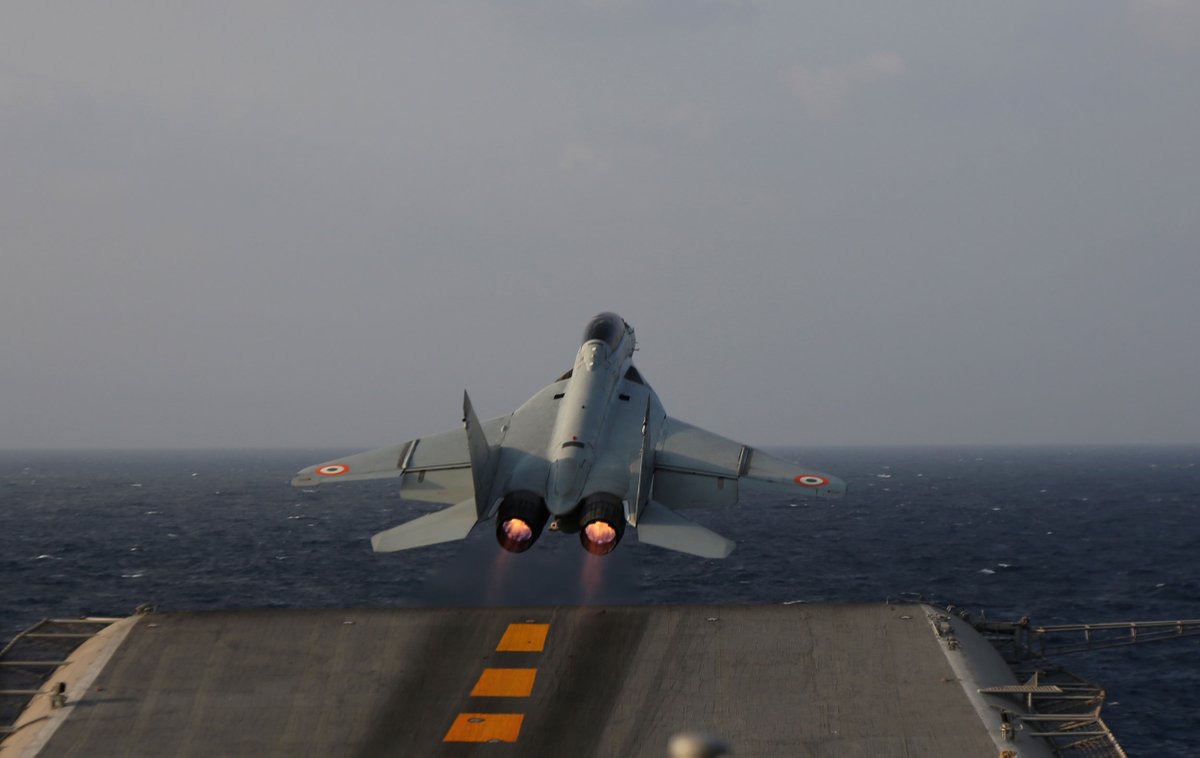 The Indian Navy in effort to ramp up its power projection capabilities has recently floated a RFI (Request for Information) through which it plans to procure close to three squadrons of carrier-borne fighter. The RFI which was floated in January, 2017 comes within months of Chief of Naval Staff (CNS) Admiral Sunil Lanba rejecting the indigenously built NLCA aircraft.

The RFI has been received by Russian based Mikoyan, Sweden based Saab, France based Dassault Aviation and US based Boeing Defense. These global aerospace companies have been mandated to respond with their bids by May, 2017 and the navy plans to finalise a deal by early next year.

The RFI revels that the navy is set to acquire 57 Multi-Role Carrier-Borne Fighter (MRCBF) aircraft for its under construction carrier – INS Vikrant or the IAC – I. Navy is scouting for an able fighter to fly alongside the MiG – 29K aircraft following the dismal performance of the NLCA aircraft.

Speaking about the procurement program, Admiral Sunil Lanba had said “The MiG-29K will operate from the INS Vikrant. But we also need an alternate aircraft now. We are looking for it (foreign fighter), as the LCA is not up to the mark yet. In the present form, the LCA cannot take off with its full weapon load (from an aircraft carrier).”

Aeronautical Development Agency (ADA), the primary developer of the NLCA aircraft, however remains confident and has stated that the Mk-1version was designed only as a technology demonstrator. Mk-2 version of the aircraft is still on the drawing board and is expected to make its first flight only by 2020.

Issues have further multiplied for the navy as its sole carrier-borne fighter, the Russian manufactured MiG-29K fighter’s rate of availability dwindles to alarming levels. With the first indigenously built carrier only years away from induction and with no forthcoming replacements, the navy has been forced to opt for foreign fighters.

The navy in the RFI has enquired the companies if their aircraft can effortlessly operate from a STOBAR and as well as a CATOBAR configuration carrier. The navy has listed that the aircraft is required to perform Air Defence (AD), Air to Surface Operations, Buddy Refuelling, Reconnaissance and EW missions in all weather conditions.

Through the RFI, it is evident that the navy has tilted towards twin-engine fighters but can eventually opt for a single-engine fighter taking into consideration the operating costs. These aircraft will play a pivotal role in not just guarding Indian coastal waters but in conducting punitive strikes deep inside enemy territory.

Saab, Dassault Aviation and Boeing have shown keen interest in the acquisition program and are levelled off to secure the multi-billion dollar tender. Russian based Mikoyan has extremely minimal ground in the tender, given the issues their current MiG – 29K aircraft are facing.

US based aviation giant, Boeing Defence, is expected to offer its proven F-18 Advanced Super Hornet twin-engine aircraft for the navy. Even though the aircraft has traditionally operated from CATOBAR carriers, Boeing has said that the F-18 can very much operate from a STOBAR carrier with minute modifications. The company in the past is learnt to have simulated the aircraft’s capabilities for operations from a STOBAR carrier.

The advanced super hornet is the latest version of the proven F-18 Hornet and has been enabled with advanced stealth technology and features enclosed weapons pod. It all features several developments over its predecessor especially in EW warfare capabilities and is equipped with an AESA radar to boost its situational awareness.

The company is offering to locally manufacture the aircraft back here in India, if the air force and the navy opt for hundreds of these aircraft. Being one of the most proven technologies, the F-18 remains at the forefront for the navy’s tender.

Swedish based Saab is all set to offer its Gripen – M aircraft, a marinised version of the Gripen – E fighter for the Indian Navy. Gripen – M, however remains to be a concept and the company has now paced up the program after receiving the RFI. The aircraft is being developed in United Kingdom with British expertise.

Saab has already secured certification for the design module of Gripen – M and foresees no major challenges in developing a prototype aircraft. The company has stated that minimal airframe changes should enable the Gripen – E fighter to operate from an aircraft carrier.

Saab has termed the Gripen – M aircraft as one of the most cost efficient aircraft with the very high availability rate. The aircraft has an extremely small footprint enabling a full squadron of the aircraft to effortlessly embark on even mid-sized aircraft carriers. 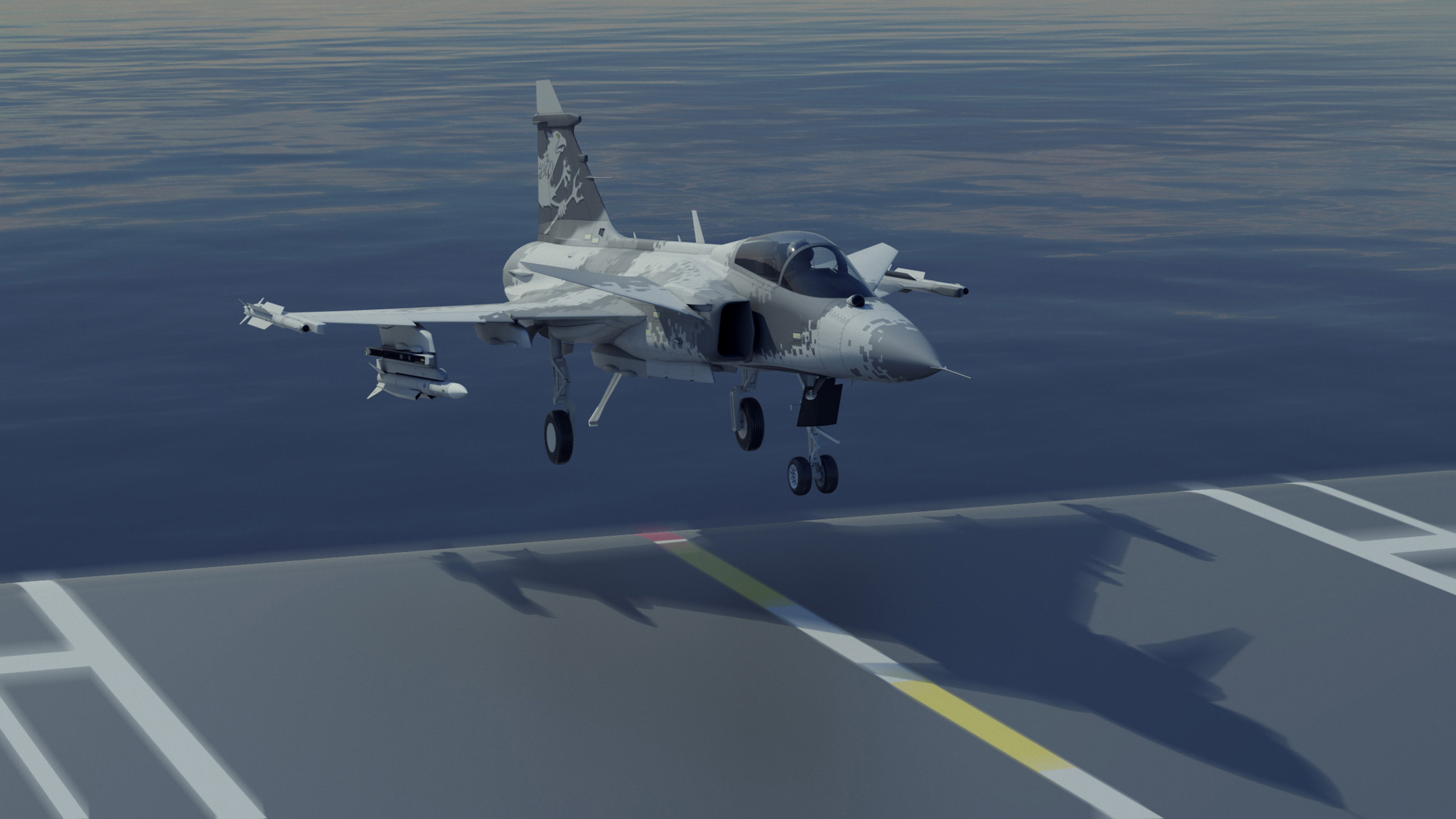 The Gripe n – M fighter on offer for the Indian Navy.

Saab’s willingness to offer string-free transfer of technology for the aircraft has propelled it to the forefront in the IAF’s RFI. If the navy does opt for the Gripen – M, there would be a synergy and logistical commonality between the IAF and its fleet. Also, the Gripen – M is a single-engine fighter much like the underdevelopment NLCA aircraft and Saab’s expertise can help Indian developmental agencies in conquering their technological hurdles.

Rivalling these aircraft will be the Dassault Aviation manufactured Rafale – M aircraft which is a maritime version of the Rafale aircraft, which are set to join the IAF fleet in 2018. The aircraft remains to be the newest entrant and has played an active part in operations against ISIS after being deployed aboard French Navy’s carrier – Charles De Gaulle.

The Rafale aircraft however have not been tested for STOBAR operations and this may effectively dampen Dassault’s offer to India. Also, the costly MMRCA fiasco is bound to haunt the decision makers when they take a look over the company’s offer. Nonetheless, the induction of Rafale – M may reduce logistical footprint given the fact that their predecessor are bound to enter into service with the IAF. 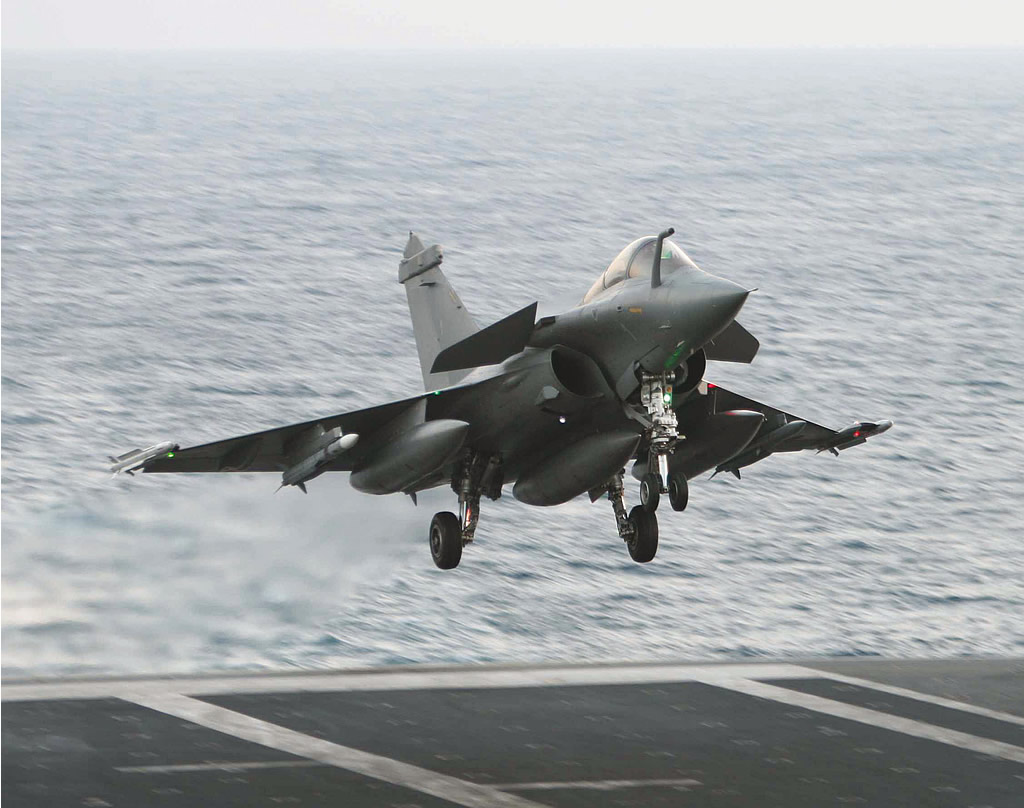 The procurement program has been drawn up to acquire the latest maritime fighter to arm not just IAC-I but also IAC – II, which is likely to be equipped with Electro-Magnetic Aircraft Launch System. The first of the aircraft to be procured under the program is to be delivered within three years of contract signing and the rest are to be delivered in further three years. The addition of these aircraft will add credible strike power to the navy and will help it to effectively assert its dominance in the Asia-Pacific waters.