India’s decades of hunt for reliable Light Utility Helicopter to end soon as Kamov and HAL’s LUH program see the day of light. 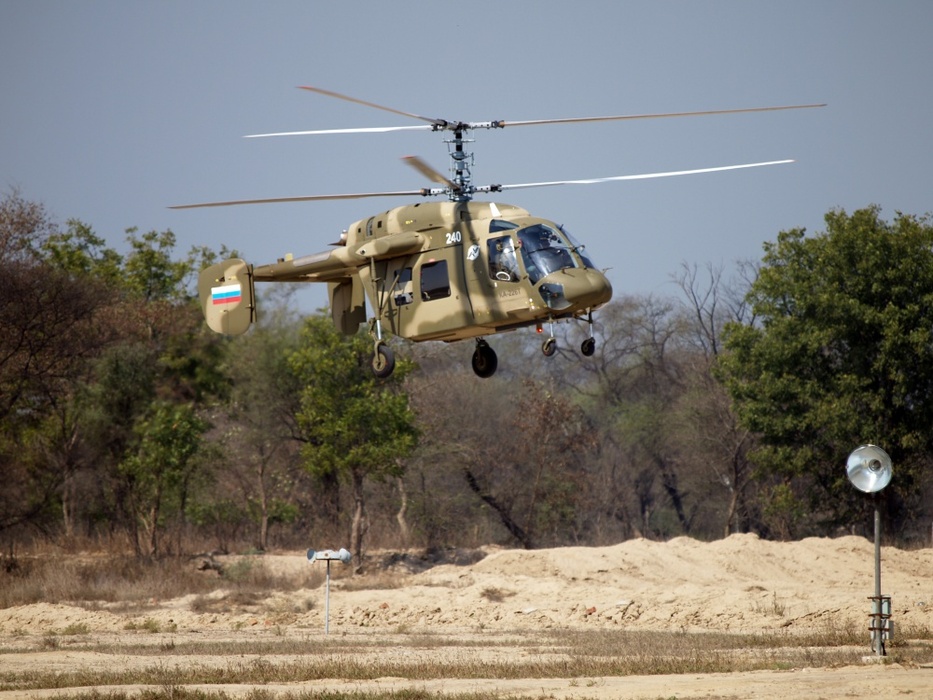 India’s hunt for a reliable replacement to the Cheetah and Chetak helicopters is finally coming to an end as the country is all set to float a JV (Joint Venture) for co-producing Kamov Ka-226T light-weight utility helicopters with its trusted ally, Russia. On Wednesday, Russian Federation President Vladimir Putin accorded his much awaited clearance for the multi-billion dollar deal which was stuck on negotiation tables for months.

India and Russia had formally signed an inter-government agreement in October, 2016 during Putin’s visit to India for jointly producing at least 200 Kamov Ka-226T light utility helicopters. Putin’s accord has now paved the way for formal signing of a JV agreement between Russian manufactures (OEM) and its designated Indian partner – Hindustan Aeronautics Limited (HAL).

The JV will be formed with Indian defence aviation giant HAL holding 50.5% of the stakes and Russian manufacturers, Russian Helicopter and Rostec holding 42.5% and 7% of the stakes respectively. The helicopters are to be manufactured at an ‘under-construction’ state-of-the-art facility in Tumkur near Bengaluru. PM Narendra Modi had laid the foundation stone for this facility in January, 2016 during which he had said that the maiden chopper to be built in the facility would take flight in 2018.

The project which is estimated at around INR 6,500 crores is the biggest ever to be cleared under the government’s ambitious ‘Make in India’ initiative. Under the project, HAL is expected to engage several of the private vendors to procure multiple critical sub-systems for the helicopter. The engagement of the private sector is expected to stimulate the growth of India’s defence industry.

With the path being cleared for the JV, manufacturers will now begin cost negotiations and also talks for prospective ToT (Transfer of Technology) offers. MoD will soon begin final cost negotiations with Russia and sources have indicated that each of these choppers will cost approximately INR 30-34 crores. Besides Russia, MoD will also be required to negotiate ToT offers with multiple global OEMs (Original Equipment Manufacturer) which have provided critical systems for the chopper. 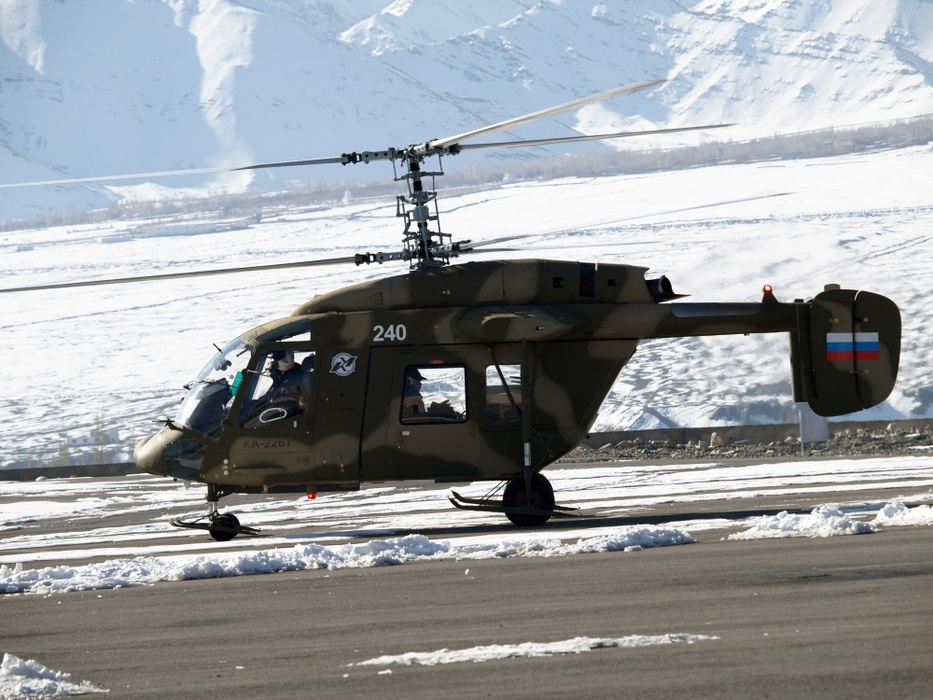 The Kamov Ka-226 after their induction will be deployed for surveillance, boarder patrol, search and rescue, essential supplies replenishment and med-evac missions along the frontlines. Powered by twin powerful French-origin turbo-shaft engines, these choppers are capable of carrying payloads over a tonne to distances up to 600 kilometres.

Indian forces had been scouting for a reliable helicopter to replace the aging Chetak and Cheetah helicopters which have been in service for over 4 decades. The forces have at least 400+ of these rapidly aging airframes under service and these helicopters are the lifeline to India’s forward deployed forces along both the Eastern and Western front.

The Chetak helicopters have served well beyond their indicated service life and this the Army and Air Force says has led to repeated crashes. In fact, the army had in a report to the MoD in 2012 termed these choppers ‘death traps’. Multiple committees have also noted that these aging helicopters have largely curtailed the capabilities of the army’s aviation corps. Successive standing committee reports have noted that there is a deficit of at least 50% in the rotary wing of the forces.

Besides the Ka-226 procurement program, the forces are also largely banking on the HAL LUH (Light Utility Helicopter) program which is being indigenously designed and developed by the defence PSU. The chopper, which falls in the 3-ton category, is being developed as a further replacement to the Chetak helicopters.

LUH had successfully completed its maiden flight in September, 2016 from HAL’s facility in Bengaluru. The chopper also performed in the recently concluded Aero India -2017 at Yelhanka Air Force Base (AFB), Bengaluru.

The helicopter will be built beside the Ka-226T choppers in Tumkur facility and HAL has stated that it will be manufacturing at least four LUH prototypes in this Fiscal Year (FY). LUH is expected to receive its certification by the year end, following which HAL will commence serial production phase. 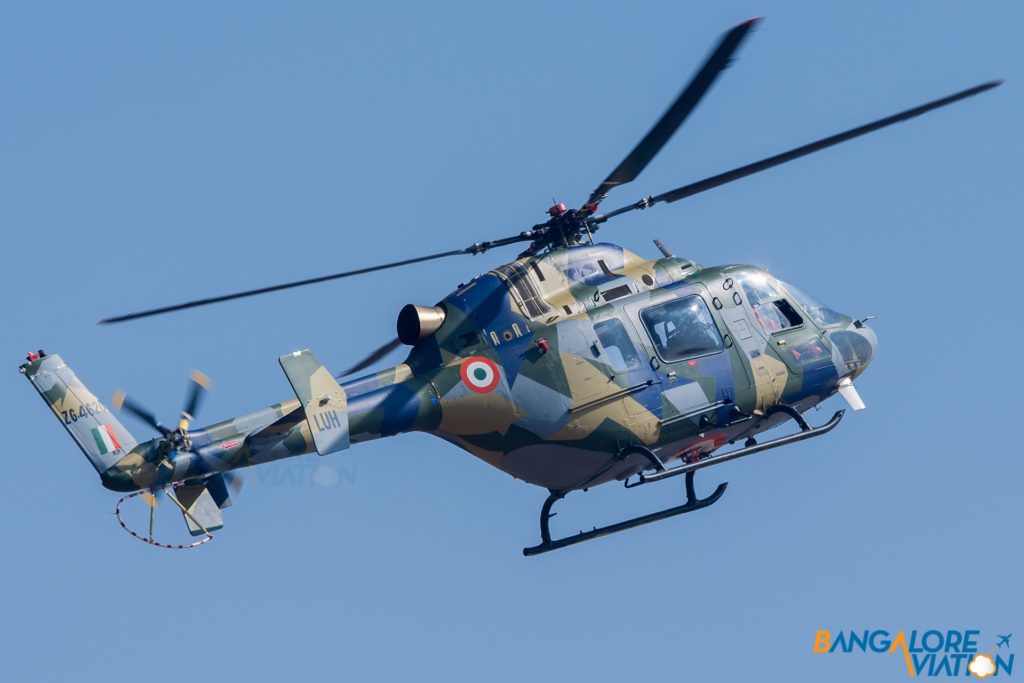 With the path cleared for manufacturing of these helicopters, India’s mission to attain self-reliance in the defence sector has received a major boost. Besides, the addition of these choppers will prove decisive to the forward deployed forces especially to the forces deployed in High-altitude posts, where these choppers are the sole means to transport troops and to deliver essential supplies.