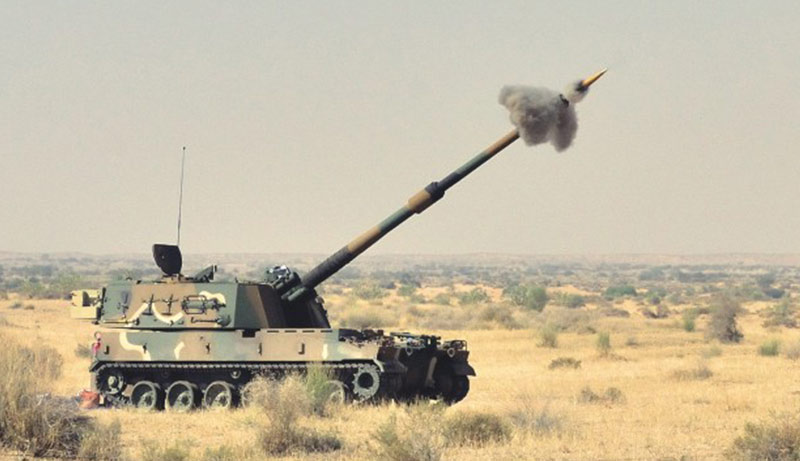 Larsen & Toubro, India’s leading private defence manufacturer, today concluded a multi-million dollar deal with South Korean based Hanwha Techwin to locally manufacture over 100 K-9 Vajra-T self propelled (SP) tracked howitzer. An improved version of the K-9 Thunder howitzer, the Vajra-T will serve as a force multiplier for the army’s mechanized forces, which have failed to induct a single artillery piece since the infamous Bofors scandal.

In accordance to the contract, the Korean giant Hanwha Techwin, L&T’s technology partner, will transfer requisite technology for the gun to be made in India. L&T will in the near future begin manufacturing the howitzer at its Strategic Systems Complex located in Talegoan, Pune. L&T will also be manufacturing at least 13 major sub-systems in India, including the complex fire control and ammunition handling systems.

While the first 10 howitzers are to be flown-in from South Korea, the rest 90 are to be manufactured in India by L&T. The companies are required to supply first of the ten guns within 18 months and the rest are to be delivered in batches within 42 months.

A release by the company has termed the deal a benchmark setter in co-development and co-production of defence systems by Indian private manufacturers.  The company has credited the deal for the decade-long close relationship and joint efforts of the partners. 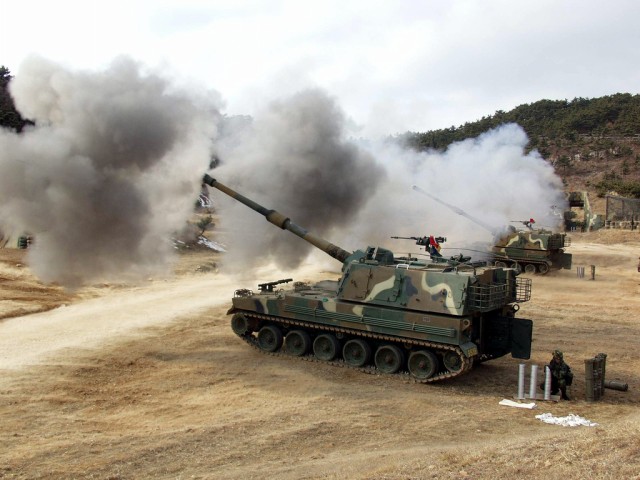 The release quoted Mr. Jayant Patil, Head of Defence and Aerospace and Member of Heavy Engineering Board at L&T, saying “This contract marks an important milestone in L&T’s Defence Business journey and in our relationship with Hanwha Techwin. It will create synergies not only for this program but also for upcoming Indian and global programs. This also marks a giant step forward towards furthering the “Make in India” vision of the Government of India.”

Vajra, which has been specifically designed for demanding Indian conditions, had successfully cleared the rigorous desert and high altitude trials before being selected by the Indian Army. Vajra had made it through the maintenance acceptability trials with flying colours against the Russian origin 155-mm 2S19 MSTA-S howitzer.

The predecessor of Vajra, the K-9 Thunder, was designed by Samsung Techwin for the Republic of Korea Armed Forces and was introduced to service in 1999. It is capable of firing up to eight guided rounds in less than a minute and the 155-mm 52-caliber gun can strike targets up to 42 kilometres away with pin-point accuracy.

The vehicle is powered by a single 8-cyclinder MTU manufactured diesel engine which churns out 1,000 hp of power and this enables it to attain speeds up to 70 kilometres. Vajra is commanded by a crew of 5 and offers the best in class armour suite for protecting the commanding personnel. Equipped with steel armour, the vehicle can withstand hits from armour piercing rounds and shells.

There is a need for at least 200 of these SP tracked howitzers and L&T foresees a tender for at least 50 additional gun systems in the near future. The self-propelled tracked guns offer better speeds and rapid mobility to the mechanised forces and are thus critical for mounting operations in semi-desert terrains. These guns when procured will form an integral part of the army’s strike corps which are tasked with inflicting punitive strikes deep inside enemy territory. 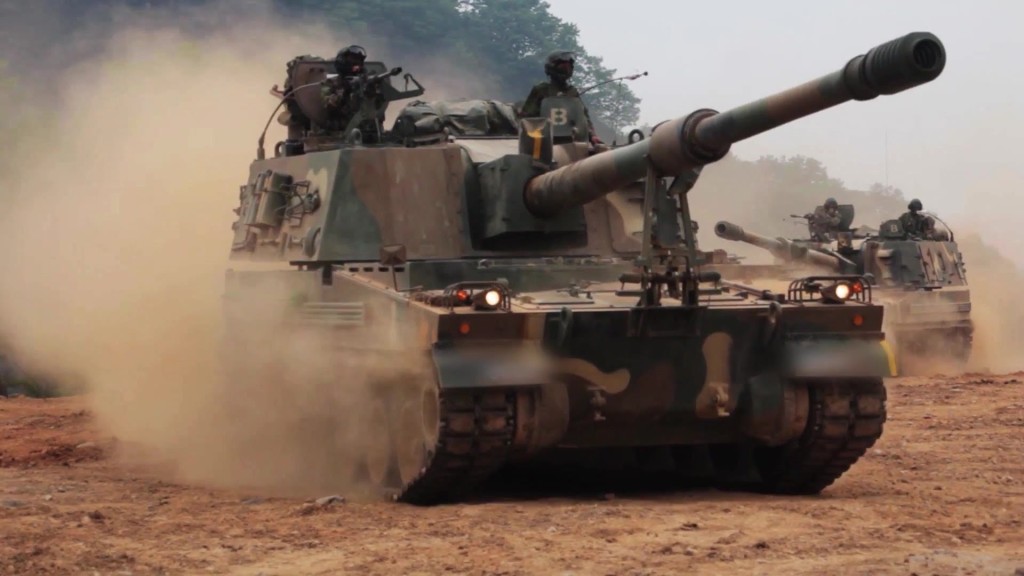 Even though the contract is being concluded under the ‘Buy Global’ category of the DPP (Defence Procurement Procedure), the deal will witness the highly capable weapon system being locally built in India. With the conclusion of this deal, the NDA government has successfully engaged India’s untapped private sector in one of the biggest deals signed so far.

The conclusion of the deal has helped army’s decades-old Field Artillery Rationalisation Program (FARP) gain some solid ground. The induction of Vajra besides the contracted M777 ultra-light weight howitzers will help the army gain some crucial battlefield supremacy.