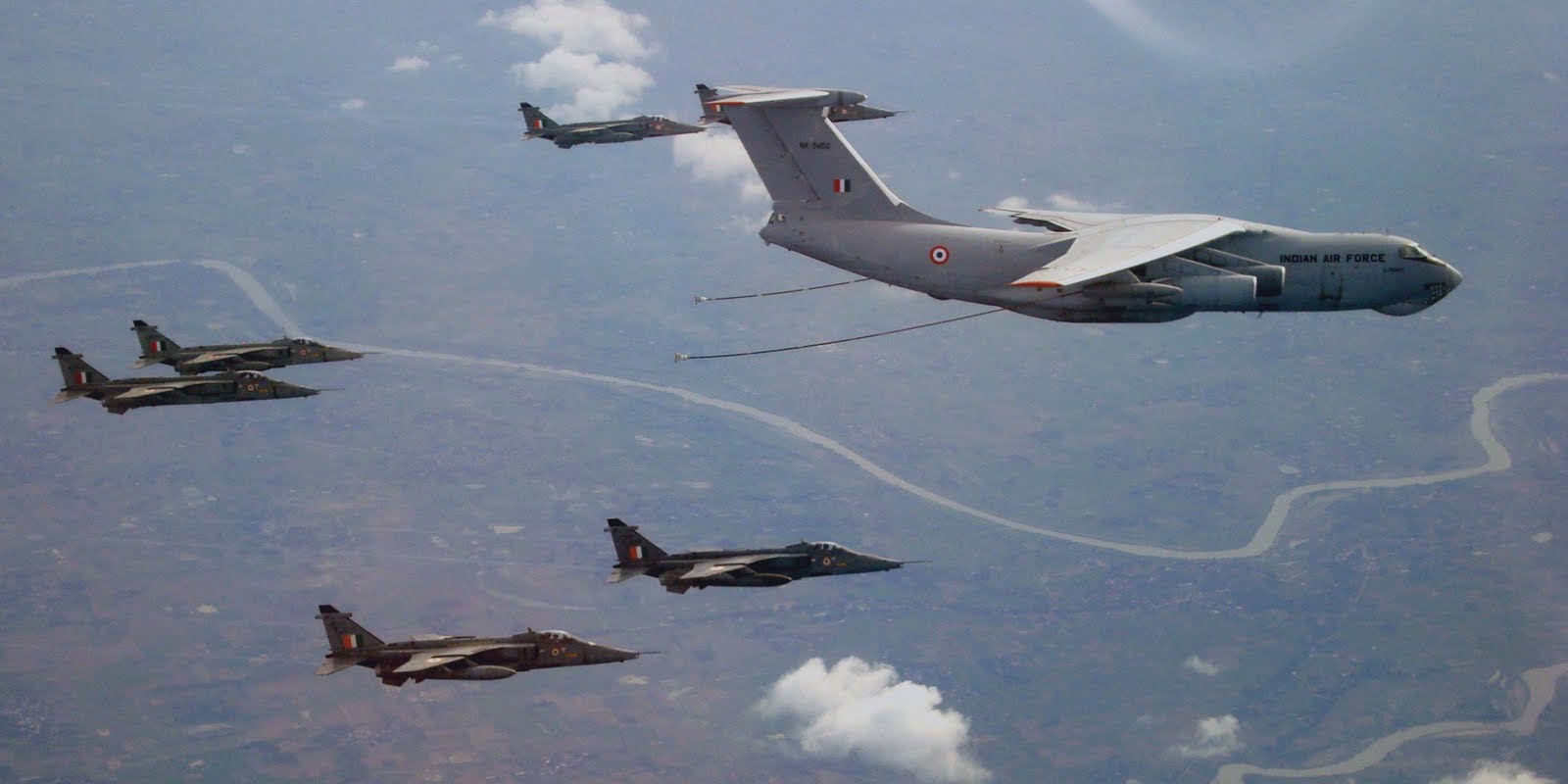 The Indian Air Force (IAF) has reinitiated its hunt for six mid-air re-fuelers in a bid to bolster the strike capabilities of its fighter aircraft. The IAF has reissued a multi-billion dollar global tender for the acquisition of these platforms. The hunt for these aircraft has met with limited success in the previous two occasions.

The Air Force had for years, stated that these aircraft are an exigent need, especially in the Eastern theatre to boost the strike range of its fighters.

In both the tenders, Airbus’s A330-200 MRTT aircraft had outwitted Ilyushin IL– 78 aircraft in extensive field trials. Even though the Russian built IL-78 aircraft was offered for a much lower price, the Air Force had opted for the MRTT aircraft citing the much viable life cycle cost quoted by Airbus. This claim, however, was rejected by the Finance department, which had then further directed the Air Force to scout for newer and cheaper platforms.

IAF has designated these platforms as ‘Mid Air Refueler Systems (MARS)’ which it considers as force multipliers. These specialised aerial platforms carry tonnes of aviation fuel which through specialised systems can be transferred mid-air, to receiving aircraft. These refuelling systems remain at the epicentre of USAF’s (US Air Force) aerial campaign against terror in Afghanistan, Syria and Iraq.

This practise of aerial refuelling aircraft will help to enhance the strike ranges and the loitering time of fighter aircraft. A fighter can take-off carrying maximum payload (missiles and bombs) and with minimum fuel and then can be refuelled by a tanker mid-air, effectively enabling it to strike deep into enemy territory with its fullest capabilities. 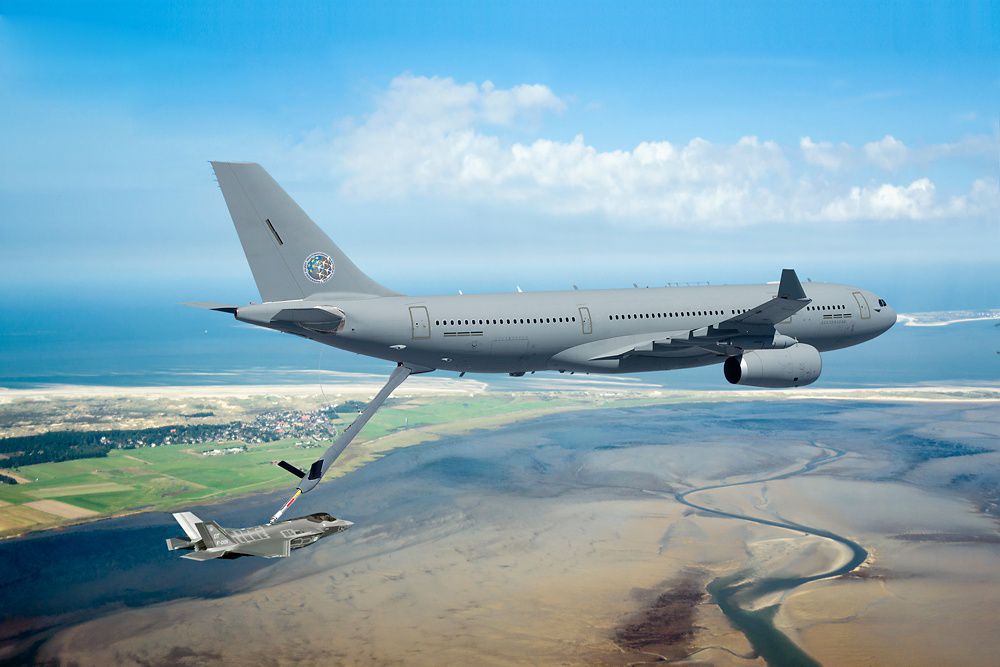 IAF currently operates six Ilyushin IL-78 refuelers under ‘Squadron-78’ from Agra Air Force Base. These aircraft which were inducted in 2003 are based on the Ilyushin – 78M aircraft and feature multiple modifications to meet the specific demands of the IAF. They are equipped with an advanced Israeli designed refuelling system which can in a single operation, in-flight refuel up to 8 Sukhoi Su-30 MKIs.

IAF’s echoing calls for the mid-air refuelers has gained traction within the MoD following Chinese Air Force’s increased activity close to the borders. China over the years has drastically ramped up its Air Force’s presence in the volatile Eastern theatre by forward deploying several of its fighter squadrons.

Russian manufactured Su-30 MKI, French designed Mirage – 2000 and BAE systems built Jaguar aircraft remain the frontline battle machines of the IAF.  Without a doubt, these platforms are one of the most capable fighters in the world, but the geographical proximity between Indian bases and Chinese cities itself is a worry for the Air Force.

Very few MARS platforms are currently in production across the world. The Air Force has already received numerous presentations from the Russians for their IL-78 aircraft. The Air Force, however, has its share of concerns with Ilyushins; primarily the aircraft themselves are termed fuel guzzlers, given the fact that they are powered by four huge turbofan engines. Outgoing Air Chief Raha had expressed concerns about the aircraft’s service availability and had said that the poor availability of spares is the prime reason to the dwindling rates.

The Air Force’s plans to opt for a government-to-government deal for the Airbus A330 MRTT aircraft, which has won successive technical and financial bids, is almost over with US aerospace and defence giant Boeing offering its KC-46 Pegasus tanker to the Air Force.

Boeing had stayed out of the two prior tenders as it had no aircraft to offer for the Air Force’s requirement. The Pegasus, however, fits the IAF’s requirements and given Boeing’s tryst with India, the deal may very well swing towards the new entrant. 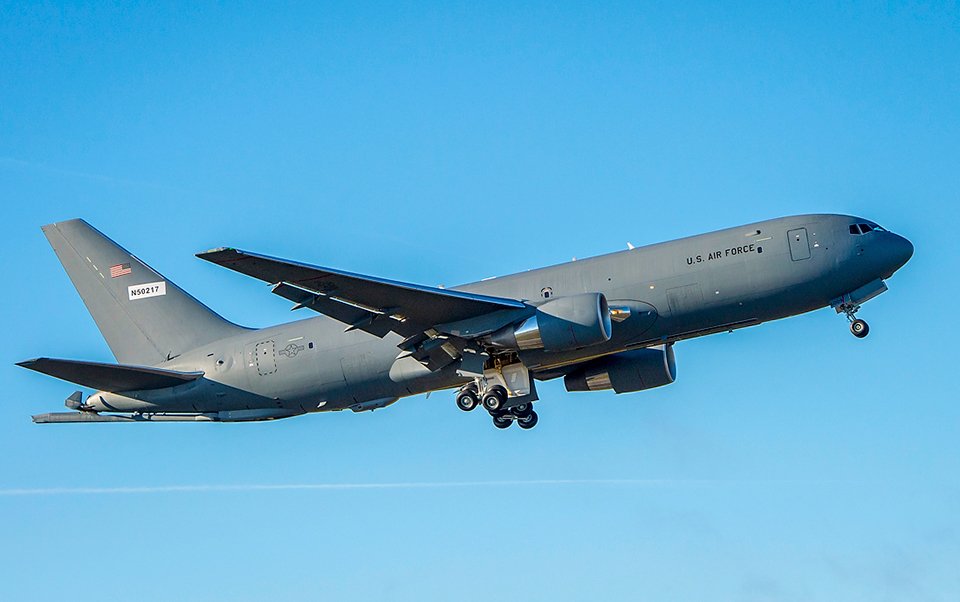 Further, the Air Force, in an effort to reduce the overall cost of the program has decided to allow vendors with used aircraft having a pre-desired air frame left in them. Israel’s Israel Aerospace Industries (IAI) is learnt to offer refurbished Boeing 767 platforms under the category.

For the Air Force, the addition of the MARS platforms is an exigent need to boost the capabilities of its fighters along the vulnerable Eastern sector. With Boeing offering its Pegasus aircraft, the competition for the tender has considerably increased and this gives India a shot at acquiring the most capable platform at the most viable price.