The Pack for NMRH and NUH Tender Grows Bigger 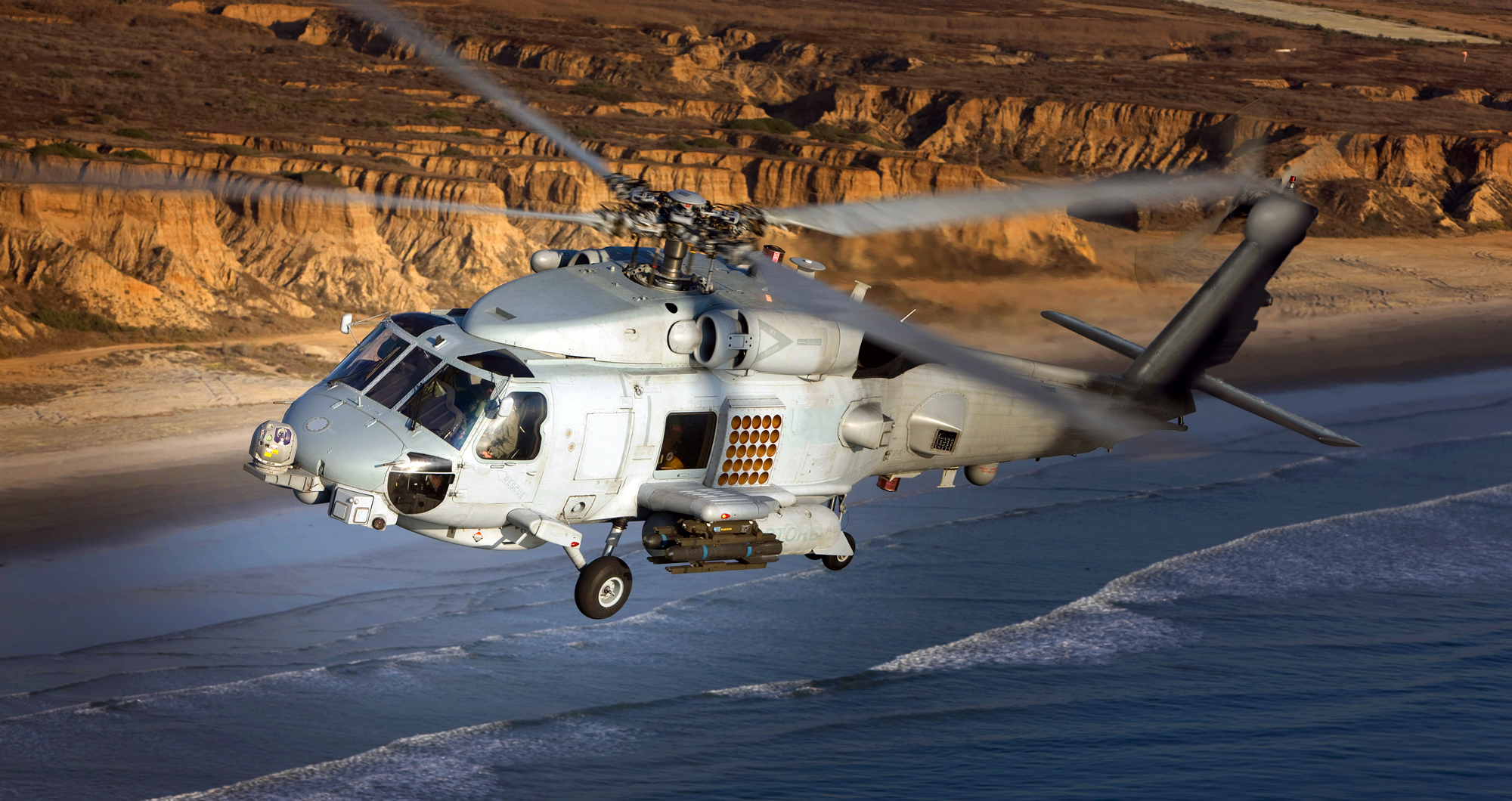 As the Indian Navy increases its sphere of influence in the Indo-Pacific waters, the force is inducting combatants at a never before witnessed rate. While local shipyards have largely been successful in meeting the requirements for both surface and sub-surface combatant vessels, there still exists a large deficit when it comes to making these platforms combat ready. The shortfall ranges from missing air defence systems to torpedo decoy systems to crucial support elements such as naval helicopters.

Of these, the need for naval helicopters has time and again been termed as exigent by the Navy. Within months of introduction of the SP Model by the Government, the Navy had floated a RFI for procuring almost 234 NMRH and NUH helicopters from global companies. The pace at which the Navy had introduced the RFIs alone signify the need for these platforms.

Almost a year and half since the introduction of the RFIs, that were welcomed with open hands by global OEMs, little has moved according to senior naval aviators. The MoD and Government quarter in unison have accounted the delay to several inherent flaws associated with the SP Model. Even as the MoD burns the mid-night oil to add life to the SP model, several OEMs, who have already responded to the RFI, are waiting for dialogue with the Navy with awaited breath.

Sources indicate that at least three separate offers have been received till date for the multi-billion dollar tender. First of the offers, according to sources, were received from Airbus Helicopters, which was closely followed by Lockheed Martin Sikorsky and Russian Helicopters’ offer.

The Navy  has divided the acquisition case for meeting its requirements for both naval multi-role and medium utility platforms. While the NMRHs are to be tasked with combat missions such as ASW (Anti Submarine Warfare) and ASuW (Anti Surface Warfare) operations, the NUH platforms will be deployed for support missions ranging from Combat SAR to MEDEVAC missions. With a requirement for 123 NMRH and 111 NUH choppers, the tender is being pegged at an excess of US $15 Billion, effectively making it the single largest procurement program for rotary platforms. 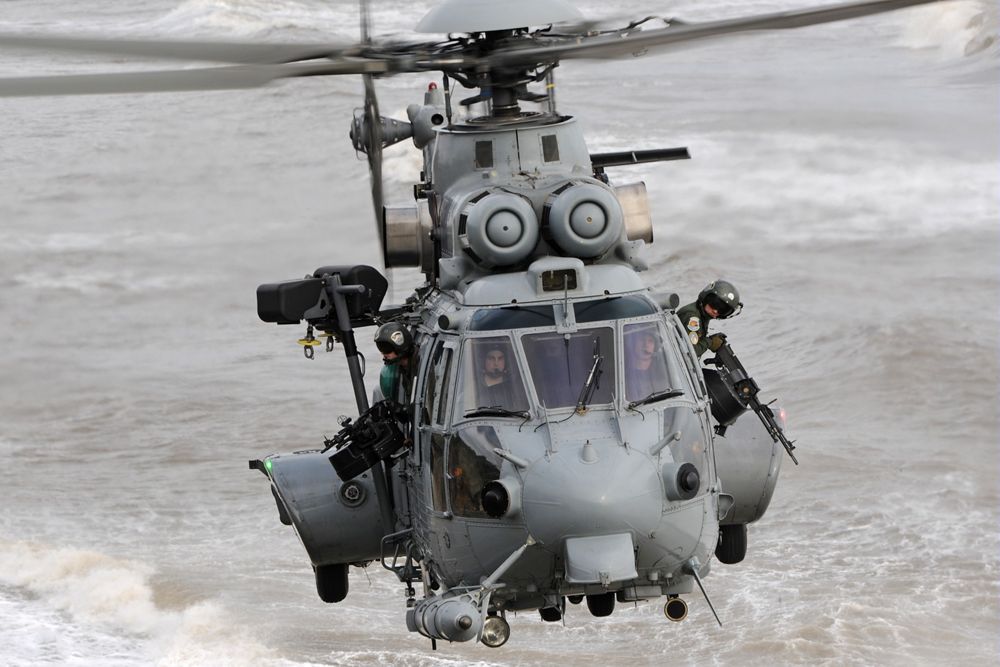 France-based Airbus is believed to have offered India the H225M for the NMRH bid, while the AS-565 MBe Panther is being projected to operate in NUH role. The H225M, a member of the Super Puma/Cougar family, is a 11.5 tonne helicopter having an effective operational range of 1,300 kilometers according to the manufacturer. While the platform, that is in operation with over a dozen countries, has proven its combat capabilities in varied environments, the helicopter is yet to be fully operationalised against naval threats. One major inherent shortfall with the platform is that it has not been designed to carry out either ASW or ASuW operations, both of which are a key requirement for the Navy. For the platform to be able to operate in naval missions, the chopper has to receive substantial modifications, which the company says is a task that has already been taken up.

The AS565 MBe Panther that being offered for NUH roles is an all weather, multi-role helicopter in the 4-tonne category. The rotorcraft, that features highly advanced Automatic Flight Control System (AFCS), has the capability to operate in both ASW and ASuW missions. For these missions, the helicopter can be outfitted with underbelly torpedoes and long-range anti-shipping missiles. Representatives of the manufacturer revealed that aircraft has indeed been test for operating in combat roles and enjoys a highly competitive operational range of 200+ kilometers. This capability of the platform is expected to provide it some much sought leverage in the high-stakes tender.

Airbus for realising the Make in India component of the tender has partnered Mahindra and Mahindra. The OEM has claimed that it would be establishing a state-of-the-art manufacturing facility in India with Mahindra, should the company realise the tender.

Even as Airbus made a strong pitch for its Cougar at DefExpo – 2018, senior aviators believe that the leader for the NMRH bid, however, will emerge from the stables of Lockheed Martin Sikorsky which is offering the MH – 60 Romeo helicopter. The lead for the LM Sikorsky platform stems from the fact that the Navy has down-selected MH – 60R on previous occasions considering both both technical and financial offers.

The MH – 60R, since their first flight in 1999, have emerged to be the mainstay ASW and ASuW platforms of the US Navy. With over 600+ platforms in operations across the globe, these platforms remain to be the most preferred and combat proven maritime combat helicopter, according to its manufacturers. The company is expected to partner Tata Advanced Systems Limited (TASL) for the tender. In fact, TASL currently manufactures the cabin for the LM Sikorsky S-90, a variant which is slated to be used as Marine One by the US President. 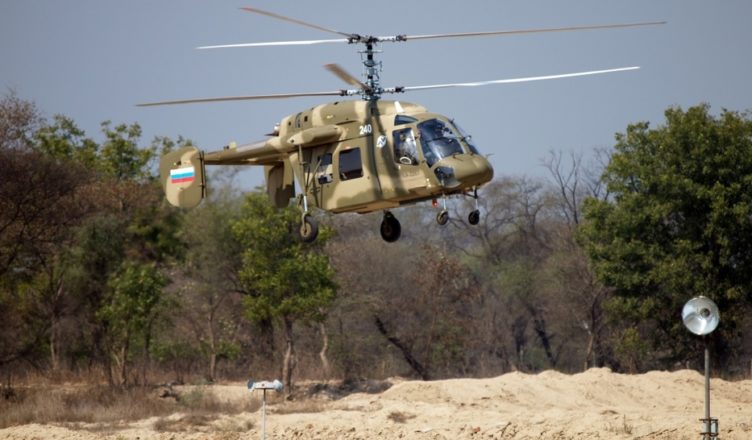 As Airbus and LM Sikorsky fret it out for the NMRH requirement, Russian Helicopters with their Ka-226 copter have emerged as the black horses in the NUH bid. While Russian Helicopters had not participated in any of the prior bids, the OEM has now declared that it is developing a naval version of the Ka-226T platform, which itself will enter service with both the Indian Air Force (IAF) and Indian Army.

India in an effort to meet the requirement for a light utility helicopter raised by both the IAF and Army had last year concluded a deal for 200+ Ka-226T with Russia. With the deal featuring local manufacturing by HAL, the tables in the NUH bid will undoubtedly be titled in favour of Russian Helicopters, should the OEM realise its efforts in developing a naval version of the Ka-226 rotorcraft.