Elevating the Lethality of the Air Force 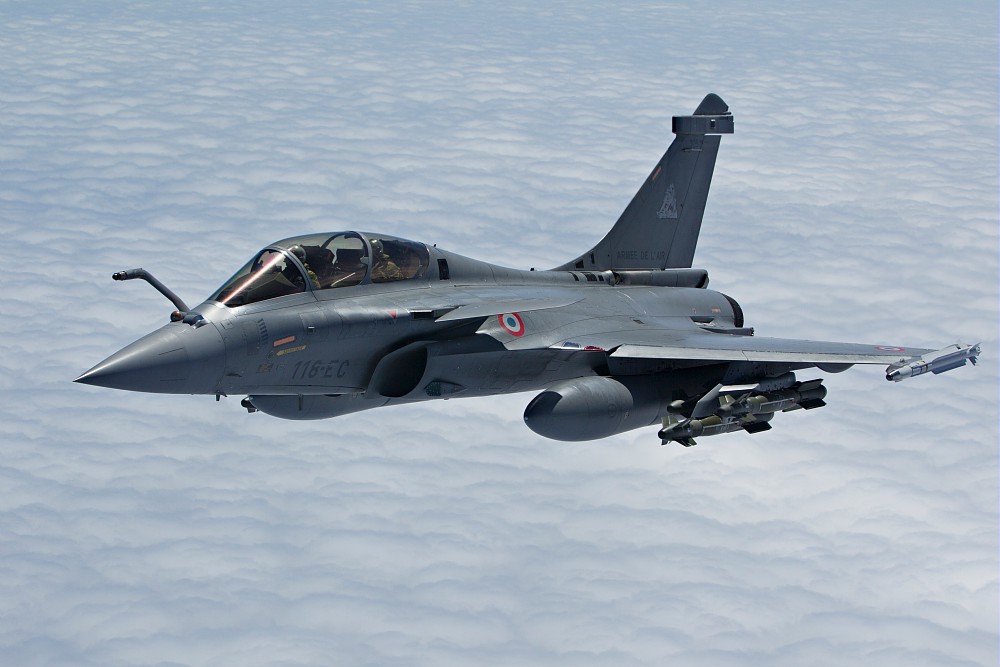 A recent report tabled before the Parliament by the Standing Committee on Defence has lambasted the Ministry of Defence (MoD) for failing to check the drastically dipping capabilities of the Air Force. The committee in its detailed report has noted that the Air Force currently has only 31 squadrons of fighter aircraft under its command, as against the mandated 42 squadrons, which the Air Force says is crucial for fending a two front war scenario.

More worrying is the fact that of the 31 squadrons a majority of the squadrons are composed of aging MiG – 21 and MiG – 27 aircraft, which are themselves set to retire by 2022. Combined together these aircraft compose of about 9 squadrons.  Successive failed acquisition programs have meant that the IAF lacks reliable strike aircraft in all the three operational categories – light, medium and heavy fighters. Imminent retirement of MiG-21 and MiG-27 fighters, which have for years have served as the backbone of the air force, threaten to further dent the strike capabilities of the Air Force.

As the nexus between India’s hostile neighbors – China and Pakistan – grows, it is imperative that the Government constitutes measures immediately to check the shortcomings. Even though the Air Force has repeatedly raised the need for modernization, successive Government’s have turned a blind eye to the Air Force’s echoing calls.

For years, the primary concern for the Air force has been the dipping annual outlay to handle its modernization schemes. Successive truncated annual outlay for capital expenditure has left several of the air force’s procurement programs in a limbo. While the air force had projected a need for around INR 58,000 crores for FY 2017-18, the ministry had allotted only INR 33,555 crores. Though the Air Force expected some respite from the situation in this year’s budget, the situation remains almost unchanged. While the Air Force had requested for INR 66,000 crores, the Government has allocated only 35,755.62 crore. Over the years, there has been an average deficit of around INR 7,000 crores and this has largely limited IAF’s procurement programs.

Against the backdrop of truncated outlays, it is evident that any large-scale procurement programs through global routes would have very limited success. For any Government to re-up the capabilities of the Air Force, it is critical that firstly the strike capabilities of the Air Force are reenergized to satisfactory levels. This is, however, an extremely cash intensive measure and for a cash strapped military force this is an extremely demanding exercise.

It is thus critical that the Air Force primarily works towards enhancing the capabilities of its current fleet. For instance the mid-life upgradation program of both the Jaguar and Mirage – 2000 aircraft are moving at a snail’s pace. While the Jaguars are being upgraded under the DARIN – III program, the Mirages are receiving upgrades to their capabilities in collaboration with their OEM – Dassault Aviation. Even though the DARIN – III upgradation program has began at HAL, the pace with which it is progressing is unsatisfactory. Further, the Government, even after years of deliberations has failed to conclude a contract for replacement engines to the Jaguars. As the MiG-27s retire, the Jaguars will remain to be single dedicated CAS aircraft in the country’s military force.

Another, major blunder that is now threatening to cost the Air Force its aerial supremacy is its non-commitment to indigenous programs. The Air Force and developmental agencies such as DRDO and ADA have remained at loggerheads when it comes to development and operating indigenous platforms. The Air Force even after decades remains non-commitmental to the LCA program. It is no doubt that Tejas has its share of drawbacks, but, these indigenous platforms are extremely cost effective and when inducted in large number they promise to serve as force multipliers, at least until the frontline assets take over the battle.

The Government should also work towards increasing the manufacturing capabilities of the production agencies such as HAL. The current production rate of Tejas stands at a dismal 8 aircraft/ year, given that the orders are for several hundred aircraft, the agency would require more than a decade to fulfill the Air Force’s requirements. Thus the Government should either consider pumping in additional financial resources into the lines of these production lines or should opt for a private manufacturer. After all, the expertise of the private remains largely untapped.

The Air Force has now also began working with ADA and HAL for developing a more advanced version of the Tejas dubbed Mk-1A, which it says will be far superior to the current Mk-1 version. Equipped with AESA radars, Air-to-Air refueling capabilities and EW systems, the MK-1A will no doubt be a capable platform but the concern is the time frame that the developmental agencies will take to master the technology. The first of the Mk-1A prototype is expected to begin trials only in 2019, thus increasing the wait for the Air Force. However, the Government’s decision to order 83 of these aircraft is a welcome move.

Another drawback has been the Air Force’s reluctance to move forward with the Sukhoi fleet, the Air Force after ordering just 232 Sukhoi Su-30 MKIs has decided to part ways the aircraft, this is even as the production line at Nasik screeches to a halt. With the Air Force’s plans for 5th generation fighter aircraft yielding no results, it would be an optimal solution to induct a limited number of Sukhoi Su-30 MKIs an interim measure.

The Air Force has recently floated an RFI for procuring 110 multi-role foreign fighters from a global manufacturer. The deal also proposes to manufacture about 85 of these aircraft locally in India. Given the cash strapped scenario it looks extremely unlikely that the Air Force will taste success with the plans for procuring these fighters. Missing acquisition roadmaps and frameworks will only increase the gestation period for these costly deals. Nonetheless, it is imperative that the Air Force actively pursues this program as a stand-in option.