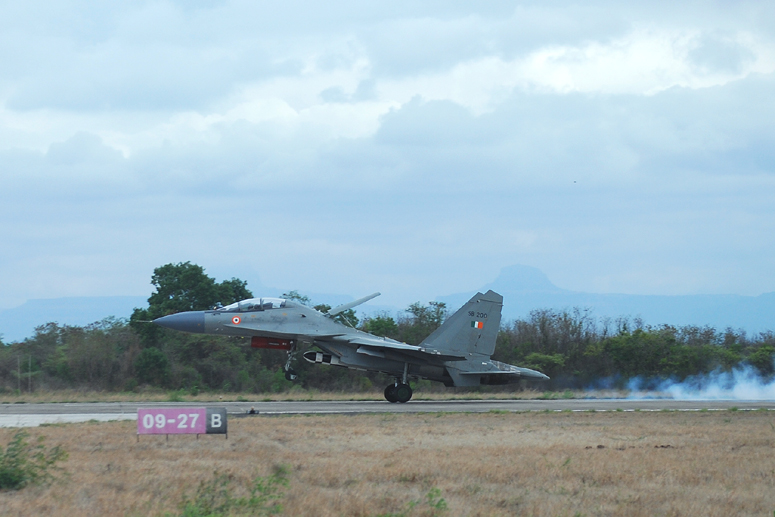 Suvarna Raju, speaking to the media after witnessing the launch said “It is a perfect example of Make in India and an engineering marvel in aviation history of India. It proves that when all agencies come together with one mission, there is nothing like impossible”. HAL was in-charge of modifying the SU-30 MKI aircraft for carrying the 2.5 tonne missile. HAL had successfully handed-over the first modified aircraft on 19th February 2015 to BrahMos for further integration activities.

Sketching HAL’s effort in the program, Suvarna Rau said “It is not the techno-economics of the project, but HAL’s commitment to self-reliance which made us sign the contract with BAPL in 2014 for modification of two Su30 MKI aircraft for integration of BrahMos missile. The first modified aircraft was airborne in one year and the second aircraft in the second year. This is the second project where HAL presumed the role of OEM and modified the airframe of license build aircraft.” 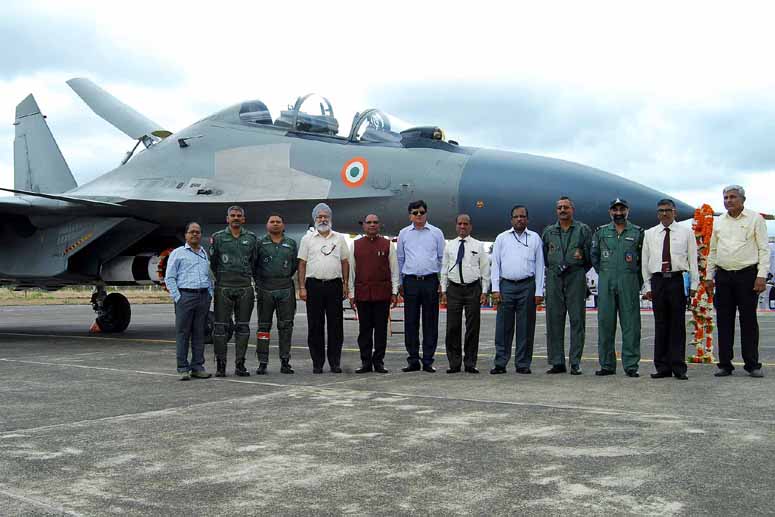 BrahMos air-launched cruise missile is a highly modified version of the BrahMos cruise missile that was jointly developed by India and Russia. BrahMos-A is being designed as the primary stand-off weapon for India’s frontline fighter – the Su-30 MKI. The modified missile weighs around 2.5 tonnes and is capable of striking targets up to 300 kilometres away with pin-point accuracy.

Sudhir Kumar Mishra, CEO & MD, BrahMos Aerospace Limited was a proud man and a leader who has steered his team along another successful campaign.  He was quoted saying “It is the first time in the world that such a heavy weight (2500 kg) supersonic cruise missile has been integrated on fighter aircraft. The world did not believe us that we could do it and thanks to the vision of late President A. P. J. Abdul Kalam, we could achieve this today and history is made”. He further congratulated the joint development team of HAL, DRDO, IAF & BrahMos for achieving what was once considered impossible.

The developmental teams have brought about a paradigm shift in the BrahMos program. It is for the first time that a supersonic cruise missile has been integrated with a long range fighter aircraft. This unique combination of India’s deep penetration aircraft with a BVR standoff missile enables our air guardians to strike vital enemy installations with deadly accuracy.

BrahMos is the only supersonic cruise missile in service and this makes the Indian Air Force, the maiden user of a fully fledged supersonic cruise missile system. The missile will be a force multiplier in air combat operations which demand to fire the delivery system from beyond visibility ranges. The air launched version is many times faster compared to the land based version as BrahMos – A acquires substantial initial velocity from the launch vehicle itself. 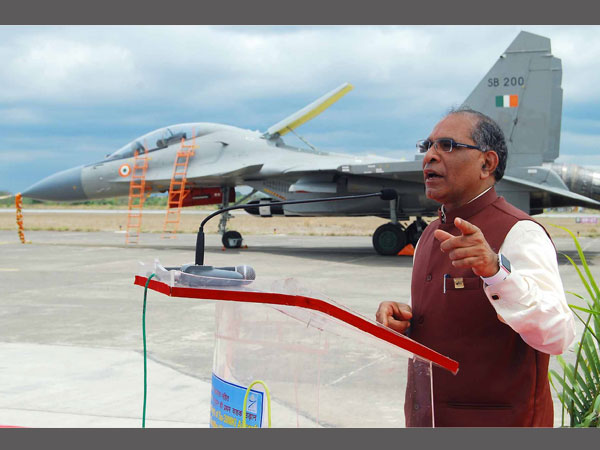 The Cabinet Committee on Security (CCS) in 2012 had cleared IAF’s proposal for the purchase of around 200 air-launched BrahMos cruise missile. BrahMos Aerospace is actively pursuing another program to drastically scale down the BrahMos – A. The developmental program is now designated BrahMos – NG and will pave the way for the development of sleeker missiles which can be fitted on to MMRCA and LCA platforms.

BrahMos – A promises to add credible biting teeth to the already potent Su-30 platform of the Indian Air Force. India is the only nation to have successfully developed an air-launched supersonic cruise missile. The supersonic capabilities of BrahMos make it generations apart from other delivery systems. The missile once fully developed and integrated has a strong export potential in the lucrative Asia-Pacific region.