Make in India breathes to life as India rolls out much awaited Strategic Partnership model. 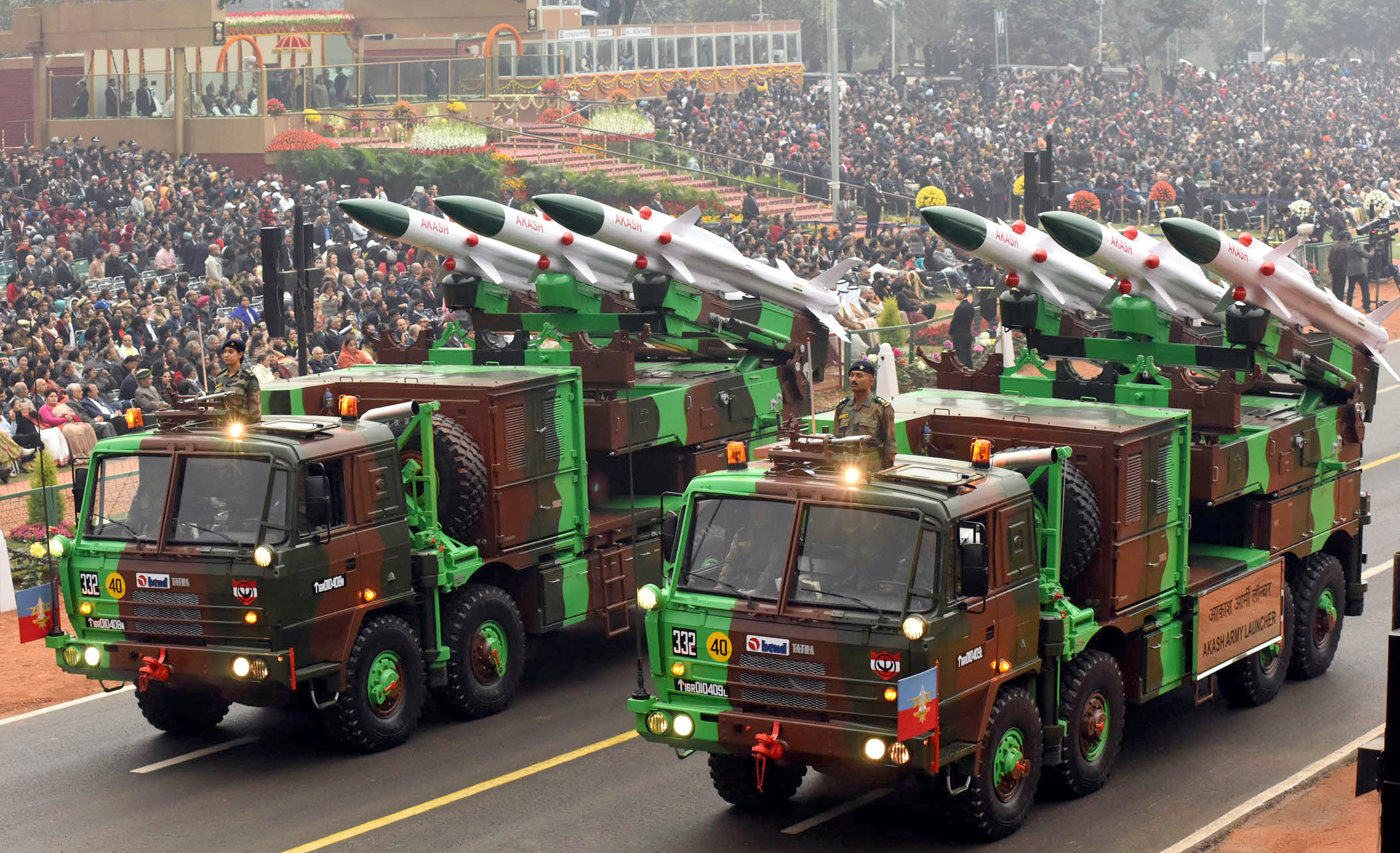 Marking a new dawn in India’s mission to attain self reliance in Defence equipment manufacturing, the Ministry of Defence (MoD), recently cleared the much awaited Strategic Partnership (SP) model. Last week, the Defence Acquisition Council (DAC) meet led by Defence Minister Arun Jaitley had agreed up on the broad contours of the policy thus laying a firm acquisition roadmap. The Cabinet Committee on Security (CCS) headed by the Prime Minister has cleared the policy in its meet yesterday, thus, completing the DPP (Defence Procurement Program) – 2016, which had been in the making for over two years now.

A press release by the MoD states that the DAC had finalised the broad contours of a policy aimed at engaging the Indian private sector in the manufacture of high-tech defence equipment in India. The release further states that the policy, which is largely referred to as the SP Model, is aimed at developing the defence industrial eco-system in the country through the involvement of both the major Indian corporates as well as the MSME sector.

With the conclusion of the SP model, decks have now been cleared for the inclusion of the private sector industry in catering to the requirements of the armed forces. The successful rollout of the model will add momentum to several multi-billion dollar acquisitions programs which have been stuck for years.

DAC, which is the top decision making body pertaining to defence equipment acquisitions, had met several times in the past month to arrive at a conscience with the stakeholders. The council led by Defence Minister Arun Jaitley had met with top representatives from the private sector on May 11, where several reservations were raised by industry experts. The council had placated these reservations through a meet held on May 15 but had failed to conclude the draft of the policy owing to reservations amongst the ministry officials themselves.

Following marathon inter-ministry meetings and also through extensive dialogue with the stakeholders, the MoD by finalising the SP model has finally succeeded in adding life to the Make in India initiative. With clearance from the  CCS, which is the top decision making authority pertaining to defence and security matters, the SP model can now be formally introduced by the MoD.

Strategic Partnership Model, which was proposed in 2015 by a committee headed by former Director General of Acquisition Dhirendra Singh, is a policy framework that will help incubate the capacity of India’s private sector in manufacturing cutting-edge defence platforms. The SP model will work as a system of systems integrator and shall be the key to facilitate progress in the government’s ambitious ‘Make in India’ initiative.

In accordance to the current draft of the program, the private sector will be involved in manufacturing of four strategically important platforms. The four segments opened up to the maturing private sector are single engine fighter aircraft, helicopters, submarines and armoured fighting vehicles. 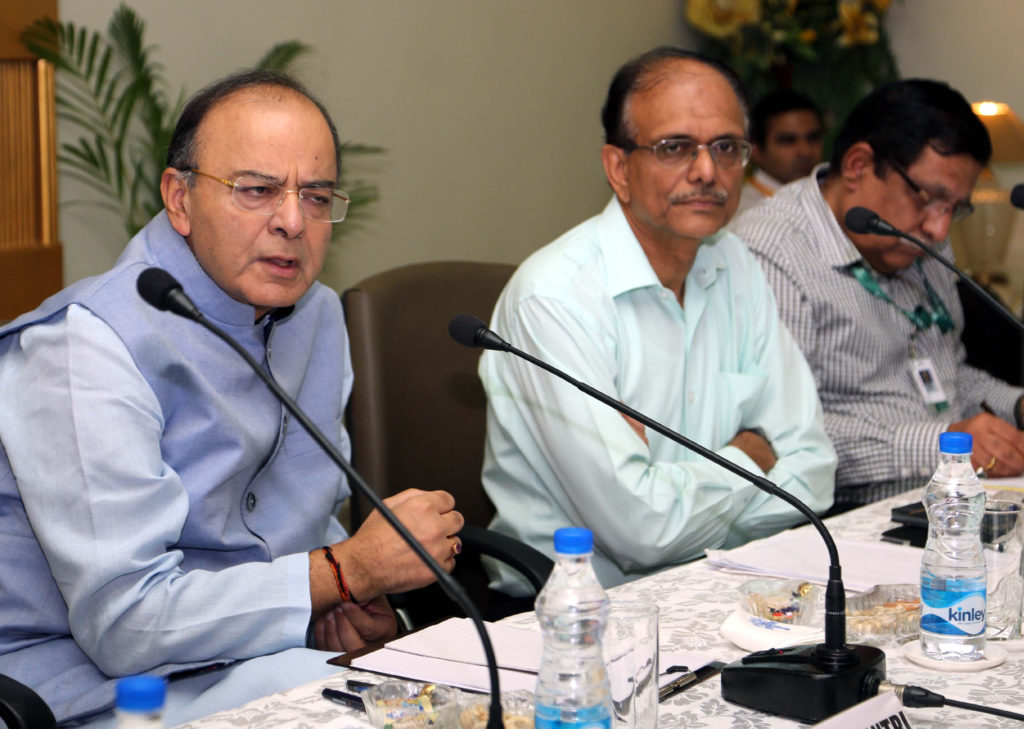 The Union Minister for Finance, Corporate Affairs and Defence, Shri Arun Jaitley chairing an interactive meeting on strategic partnerships with the industry representatives, in New Delhi on May 11, 2017.
The Defence Secretary, Shri G. Mohan Kumar is also seen; Source – PIB.

While the private sector has been given exclusivity in manufacturing of single-engine fighter aircraft and helicopters, the ministry under the policy has ruled that the DPSUs and OFBs, which have for years catered to the forces, will take part in the bids to manufacture submarines and armoured vehicles.

The ministry has under the policy drawn a well calibrated acquisition roadmap that shall provide the forces with strategically important platforms at the lowest possible timeframe. Further, the acquisition comes packed with measures to help build the capacity of the industry to meet future demands. The ministry has decided to introduce separate selection process for short listing Indian strategic partners and OEMs.

In accordance to the policy a strategic partner will be selected through a two-stage elaborative evaluation process. For selection the company interested in bidding has to be an Indian company as defined in Companies Act – 2013 and more than 50% of the capital has to be controlled by Indian citizens or Indian companies. A maximum FDI (Foreign Direct Investment) of 49% will be allowed.

Strategic partners in each segment will be shortlisted based on the recommendations of the Aatre Task Force. Companies before being nominated in the respective segment as strategic partners have to pass through two stages which have been classified as ‘Minimum qualification criteria’ and ‘Evaluation of Response’.

The Aatre Task Force had in its recommendations noted that each of the applying company has to be evaluated against a set of minimum qualification criteria wherein technical and financial capabilities form the bedrock for selection.

To meet the technical requirements the company has to show the capabilities of integration of systems of systems. Further for making it through the financial gates, the company should have a minimum annual turnover of INR 4,000 crore over the last three fiscals and should further own capital assets worth over INR 2,000 crore. During the selection process the evaluator will also take into consideration wilful default, debt restructuring and non-performing assets.

The ministry will then evaluate the responses of the companies through on-site verification. During this second stage evaluation process, the financial and technical capabilities will carry an equal weight age of 50% each. On the technical front, the evaluator will take into consideration the completed, on-going and launched projects by the company in the current and last 5 Fiscal Years (FY). Also, the R&D budget against total turnover and success in these programs will be taken into consideration. The ministry based on the results of these evaluative process will then shortlist top six graded companies.

In accordance to the recommendations of the Aatre Task Force, the selection of OEMs will be mainly based on the level of Transfer of Technology (ToT) offered. The evaluation committee will review the range, depth and scope of ToT and shall also take into consideration the extent of indigenous content the company proposes to use aboard a weapon platform. The OEM will also be mandated to develop manufacturing eco-systems in the country through its strategic partner. The OEMs for downright selection will also have to meet the financial and staff requirements as laid down by the ministry in consultation with the forces. The ministry has preferred to dominate at least two or more OEMs per segment.

Following the selection of Indian companies and OEMs, the ministry will issue RFPs to companies under the indicated segment. Each of the selected strategic partner (Indian Company) can interact with all listed OEMs but shall provide a techno-commercial bid partnering with any one of the OEMs.

While the technical bid will clearly state the company’s willingness to meet mandatory requirements related to indigenisation roadmap, Transfer of Technology, skilling provisions and creation of R&D capabilities, the financial bid will be inclusive of PBL (Performance Based Logistics), setting up of testing and R&D facilities, lifecycle support and upgrades for a period of 10 years. 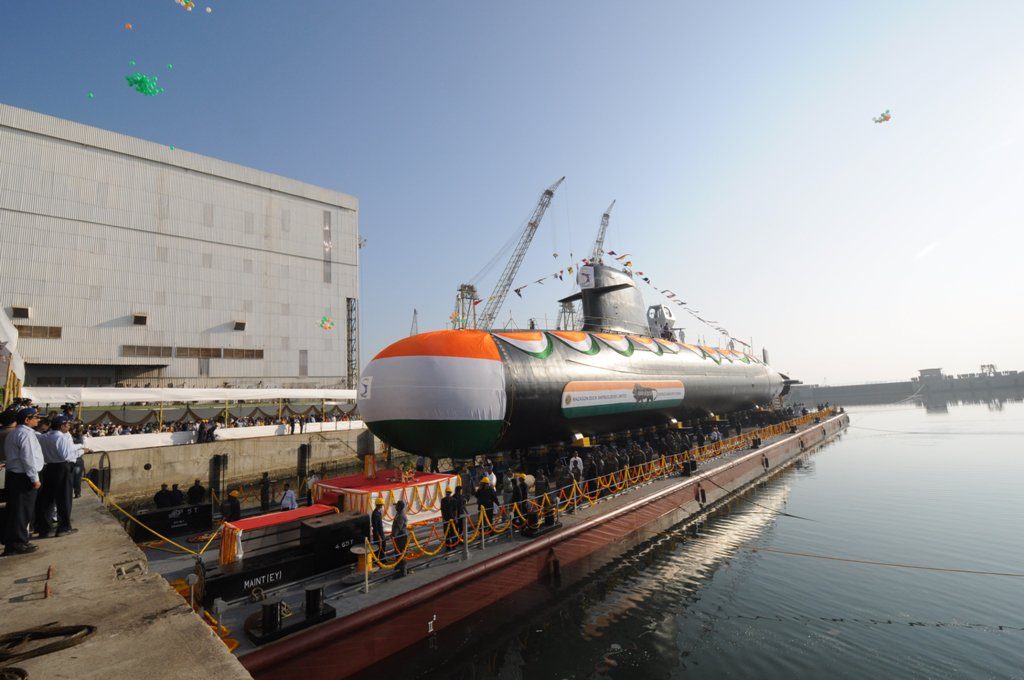 The ministry will downright select the most viable offer with 80% weight age for price bid and 20% weight age for segment specific technical capabilities. Following the selection process, the ministry will hold another round of final price negotiations with the Strategic Partner and the OEMs before signing the contract. Any subsequent acquisitions for the indentified segment will be carried out through Indian companies and shall will be handled under Buy (Indian Designed, Developed and Manufactured), Buy (Indian), Buy and Make (Indian) or Make categories.

The introduction of the SP model has not only hurdled a new era in India’s defence manufacturing industry but has also laid down a well charted acquisition roadmap. The imminent introduction of the policy is set to breathe life into the NDA government’s ambitious ‘Make in India’ policy even as the last missing piece in the ambitious and well thought out DPP-2016 falls into place.