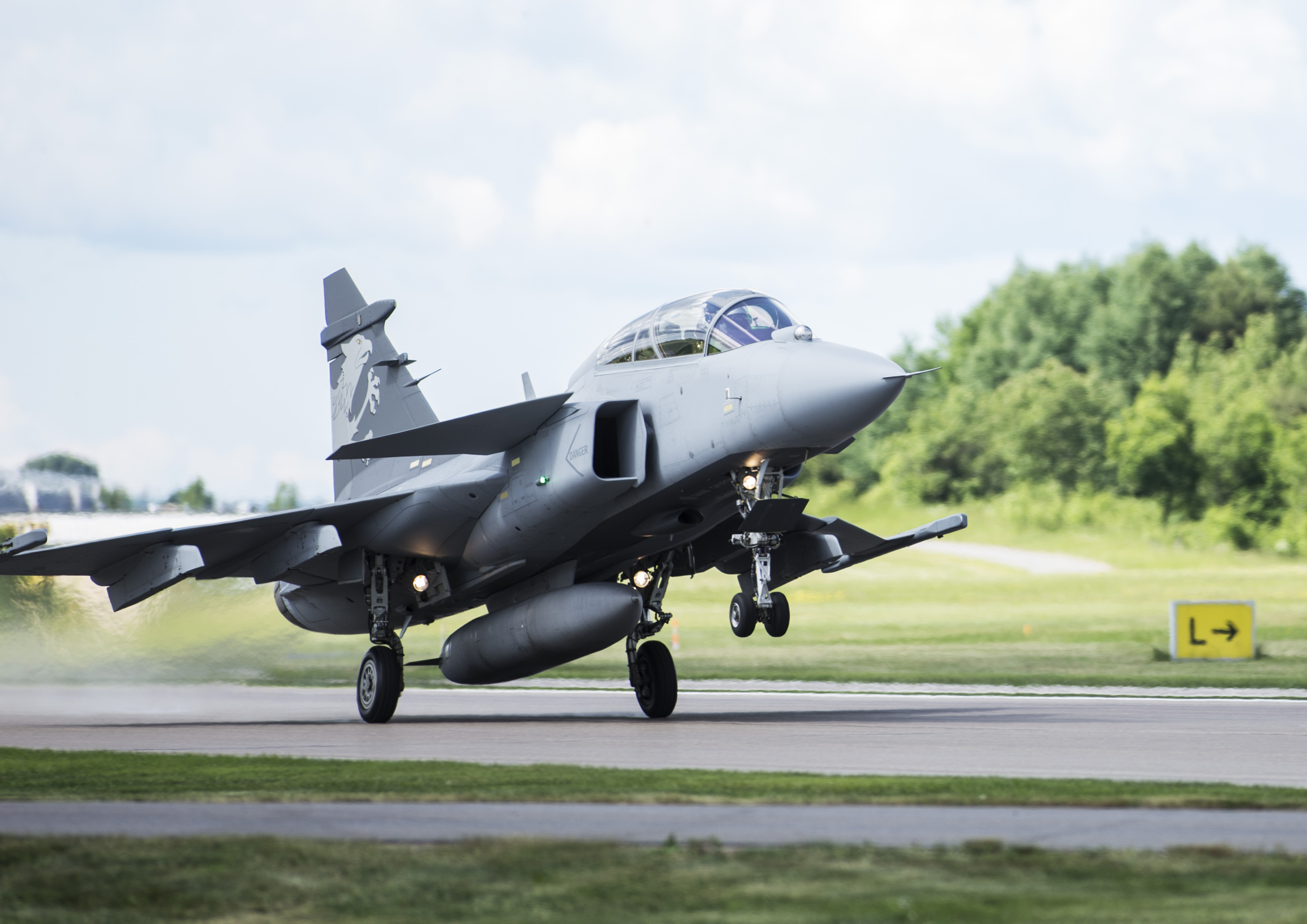 The Indian defence industry has taken a giant leap forward towards attaining self-reliance following the clearance of Strategic Partnership (SP) model by the country’s Ministry of Defence (MoD). SP model, which was in the making for over two years now, is expected to breathe life into the government’s ambitious ‘Make in India’ initiative.

As the high powered Defence Acquisition Council (DAC) cleared the much awaited SP Model on May 20, the country’s private sector beamed with confidence as the decks were cleared for their participation in the multi-billion dollar worth defence industry.

The policy, following DAC’s clearance, has now been cleared by the Cabinet Committee on Security (CCS), headed by the Prime Minster. This approval by the country’s top decision making body paves the path for introduction of the policy by the MoD.

SP model, part of the Defence Procurement Program (DPP) – 2016, is a policy framework that will help incubate the capacity of India’s private sector in manufacturing cutting-edge defence technology. The SP model, which was proposed by a committee headed by former Director General of Acquisition Dhirendra Singh, will work as a system of systems integrator. 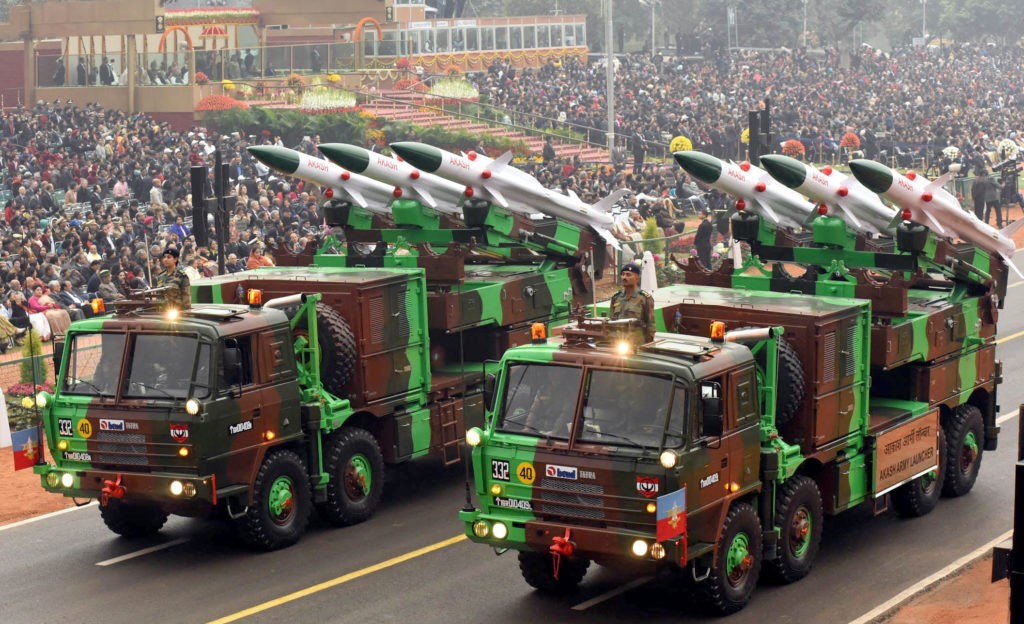 Akash Army Launcher passes through the Rajpath, on the occasion of the 68th Republic Day Parade 2017, in New Delhi on January 26, 2017; Source – DPR.

The eventual introduction of the model will complete DPP-2016 and shall also set ground for the participation of the private industries in catering to the country’s defence forces. It will further help chart path towards attaining self-reliance and this promises to help India shed the haunting status of being the world’s largest arms importer.

The acquisition of these platforms has been stuck on tables for years owing to the absence of a robust acquisition roadmap. The introduction of the SP model now promises to change the scenario as it adds momentum to these delayed programs.

The way ahead for procurement with SP Model in Place

Indian Air Force (IAF), which is in-charge of guarding the country against aerial intruders, has been actively pursuing the prospectus of acquiring hundreds of single-engine fighter aircraft to replace the MiG-21 aircraft. Details about the existence of the program had emerged in November, 2016 following MoD’s letter to global aircraft manufacturers seeking their interest in jointly developing a fighter for the air force.

The government has indicated that the program would be handled by the private industry alone thus effectively ruling out further orders to the DPSUs. This has narrowed down the race to Lockheed Martin’s F-16 and Saab’s Gripen fighter aircraft.

Both the companies have in the past made elaborate pitch to the MoD about their aircraft. While Swedish based Saab is planning to partner the Adani group, Lockheed Martin is certain to partner Tata Advanced Systems Limited (TASL).

As Saab offers to part even with the source code as part of its lucrative ToT offer, Lockheed Martin is yet to air its prospective plans but has committed itself to making India the lone manufacturer of F-16 fighters if the air force orders more than a hundred aircraft. 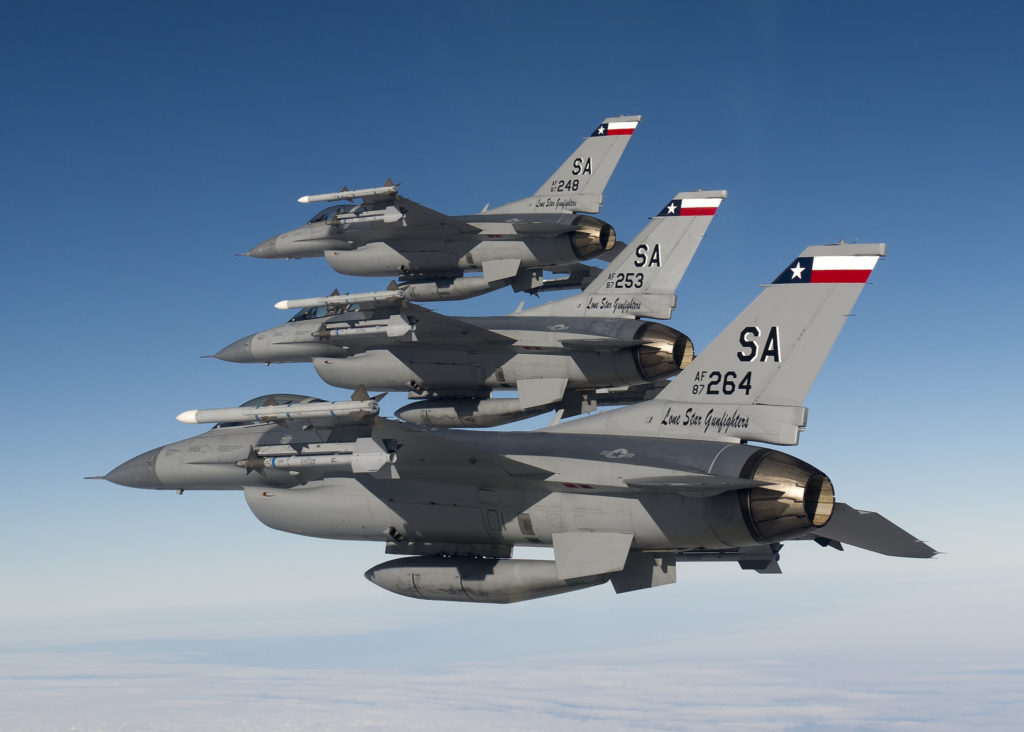 The program has had unmatched progress ever since the RFP (letter), with a scope for only yes or no reply, was forwarded to the companies. Representatives of both Saab and Lockheed Martin had in Aero India – 2017 indicated that the ministry was pushing the program full speed ahead. A senior executive had quipped that “We are witnessing a new India here, it’s just not what we had witnessed in the past. We have a query every other week and this has assured us that the program maybe concluded sometime early next year.”

The introduction of SP model and eventual completion of DPP-2016 has thus lifted all roadblocks for the program worth well over INR 80,000 crore.

The introduction of the SP model comes as a major breather to the navy as the force can now surge ahead with its P-75I program. The navy’s under-water capabilities are largely limited as the force is left with only 14 aging submarines. Even though the navy had time and again requested for pushing through the INR 60,000 crore project, the missing SP model had left the program in a limbo.

As the ground is made ready for the full blown introduction of DPP-2016, the government has ruled that the state-run DPSUs (Defence Private Sector Undertaking) such as MDSL and HSL will also be allowed to bid alongside the private sector under submarine construction segment.

Private sector giants such as Reliance Defence and Engineering Limited (RDEL) and Larsen & Toubro (L&T), who posses requisite technological base, are set to level-off against the state-run MDSL (Mazagon Dock Shipbuilders Limited) shipyard. 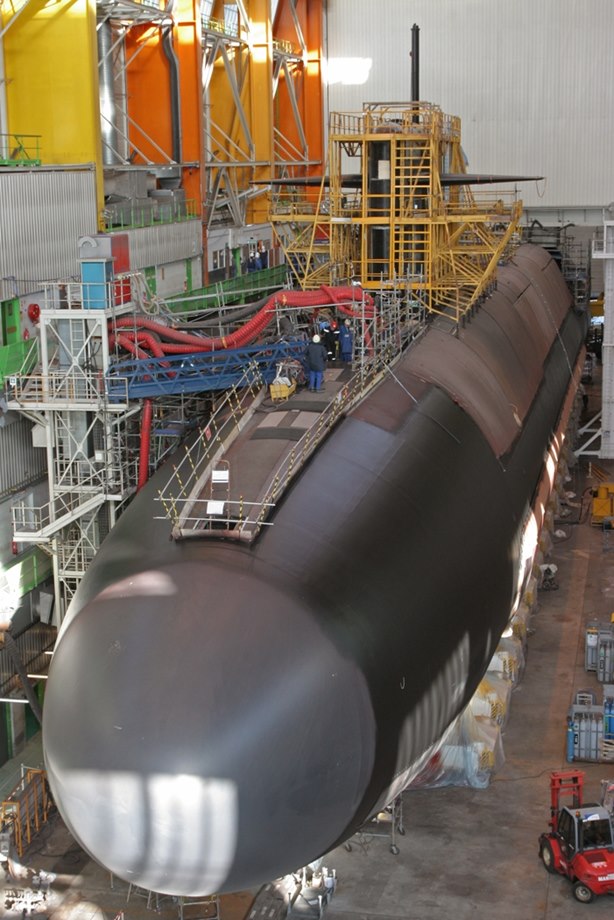 The navy under P-75I has been offered the Scorpene submarine by DCNS and the Type-214 and A-26 conventional submarine by German-based HDW and Swedish based Saab respectively. DCNS designed and MDSL built Scorpene submarine have a clear lead given the fact that it features a high-degree of indigenous content, as they are already under construction in India under P-75 program.

One major concern that has been haunting the navy for decades has been the unavailability of Naval Multi Role Helicopters (NMRH) aboard its frontline battleships. These helicopters are critical for effectively exercising Anti Submarine Warfare (ASW) capabilities and the navy currently operates outdated Sea King helicopters which are limping towards their retirement.

The Navy, which has been on the hunt for decades, has a requirement of well over 100 NMRHs. Navy’s 2014 deal with Sikorsky for 16 S-70 Seahawk is withering down as the contract validity is set to expire soon. 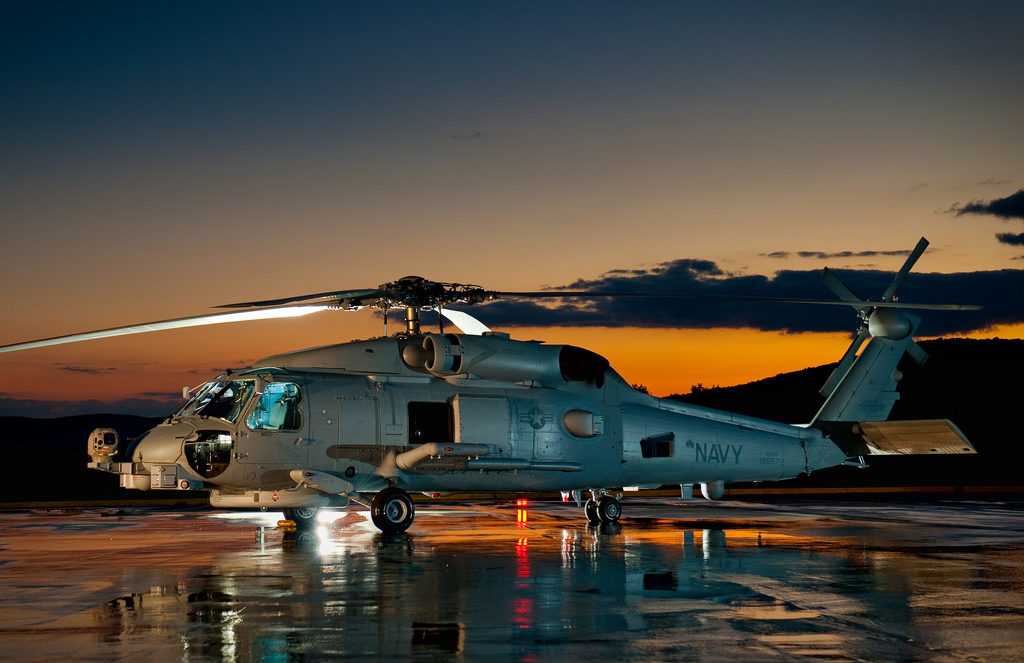 The introduction of the SP model has now boosted navy’s hope of seeing through a massive deal for NMRH which might be worth well over INR 20,000 crore. TASL which has a working partnership with Lockheed Martin leads the fray in absence of credible opposition.

The army has its share of burden as the force struggles to replace the aging Chetah and Chetak Light Utility Helicopters (LUH). The forces together have a need for over a thousand helicopters of different class and the inclusion of the private sector promises to drastically reduce the procurement timeframe.

The armoured vehicles, which consist of tanks, infantry combat vehicles and etc, form the core of army’s strike capabilities. Army is concurrently pursuing the Future Ready Combat vehicle (FRCV) and the Future Infantry Combat Vehicle (FICV) programs in an effort to modernise its strike corps. It is these strike formations which are in-charge of launching and sustaining attack against enemies.

While the FRCV program is being pursued to replace the fast retiring T-72 tanks, the FICV program has been launched to replace the 2500-odd BMP-2 infantry carriers. The ministry had in July, 2015 issued an EoI (Expression of Interest) to 10 Indian companies for the INR 65,000 crore worth FICV project.

India’s automotive giant Tata Motors and Bharat Force have partnered US based General Dynamics to offer a revolutionary FICV known as Kestral. This powerful consortium is facing stiff competition from the OFB designed Abhay FICV and also by the proposed FICV being jointly manufactured by Mahindra and Mahindra in partnership with BAE systems. 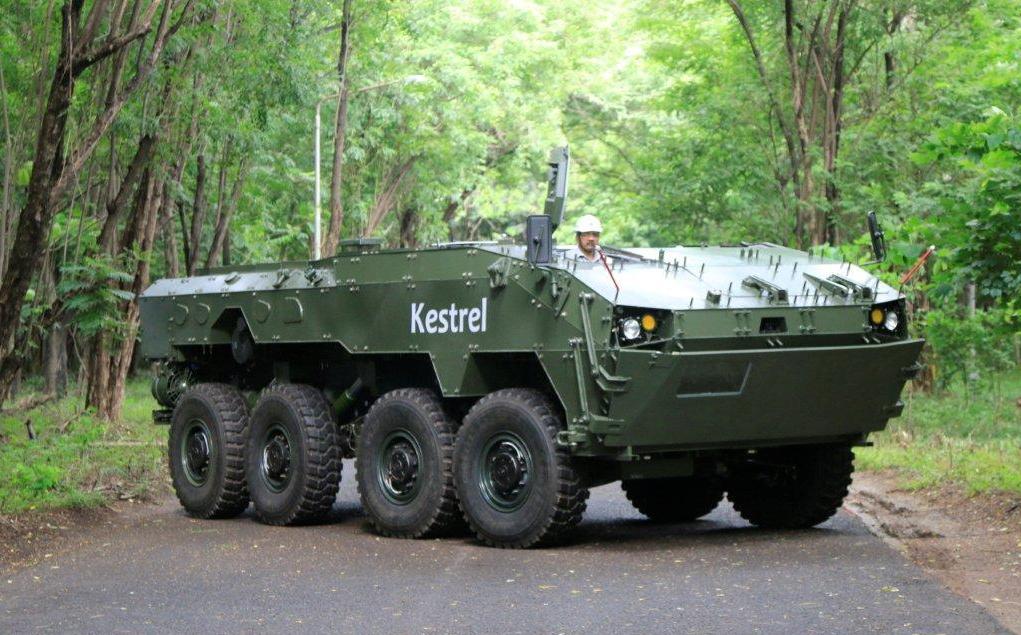 MoD is confident of sealing the FICV tender by the Fiscal Year end as it has already accumulated a delay of over five years. With Tata’s powerful consortium comfortably leading the fray, it looks like India’s private sector will derail the monopoly of the state-run OFB in providing the army with armoured vehicles.

As these projects take definitive shape following the notification of the much awaited SP model, the forces are set to regain their battlefield supremacy across all theatres. This also marks a new beginning in the country’s defence industry as the floodgates have been opened up to pave the way for the inclusion of the private sector in the manufacturing arena.