Kalvari – A maiden success for Make in India 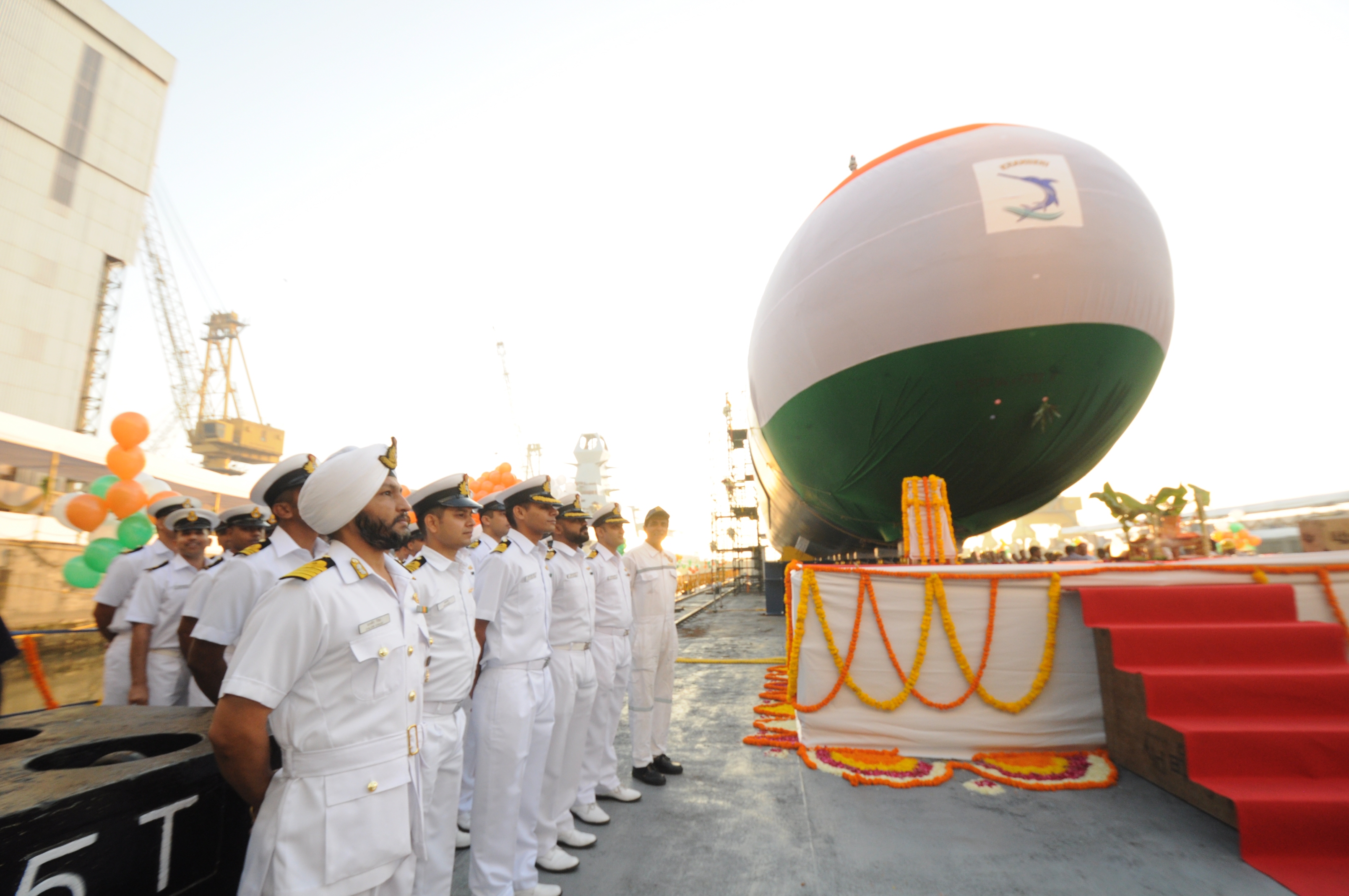 India is all set to create history in the backdrop of its maritime and economic capital – Mumbai on 14 December 2017. The Indian Navy is gearing up for inducting the first Made-in-India submarine, Kalvari, almost overlapping with the Golden Jubilee celebrations of the country’s silent forces.

With the induction of the maiden Kalvari-class submarine, the country will join the ranks of a select few nations to have successfully developed and deployed a combat-ready submarine for its naval force. For a country that was constantly denied the technology, to a country to have successfully attained this unique capability, it marks a feat of epic proportions.

The journey for attaining this capability earnestly began in 2005, when India concluded a multi-billion dollar deal with French based maritime solution provider Naval Group (formerly DCNS) for acquiring six diesel-electric submarines. Even though this deal was initially termed as another import frenzy buy, it has today, in fact, succeeded in providing India with true capabilities not just to build underwater platforms but to design and develop them in-house.

A robust Transfer of Technology (ToT) agreement that was signed under the deal has today worked wonders for the country. Working in partnership with the state-run shipyard Mazagon Docks Shipbuilder Limited (MDL), Naval Group besides arming the country with the technology, has developed a full fledged thriving ecosystem in the country. 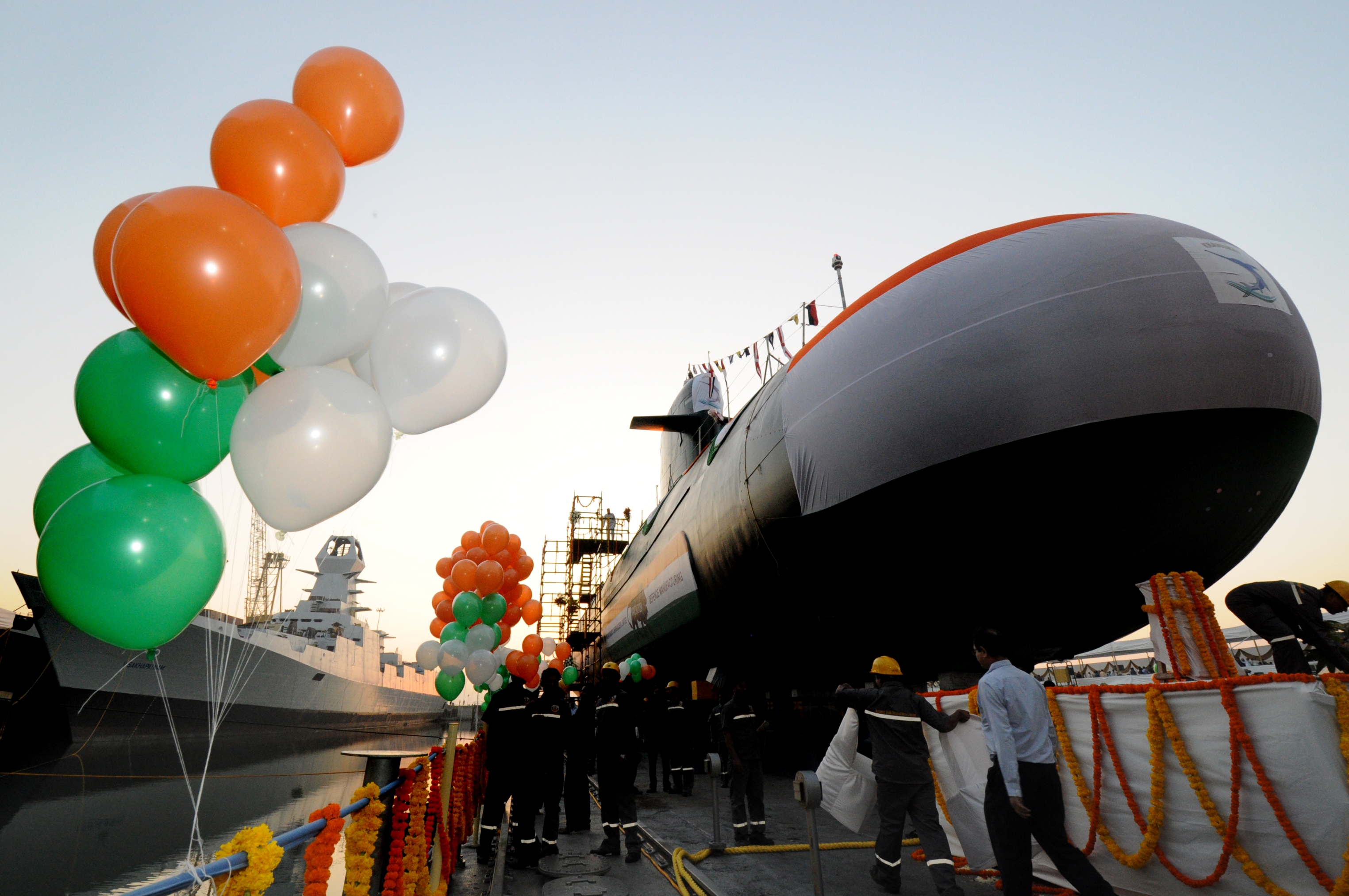 A Kalvari-class submarine captured during its launch in Mumbai; Courtesy – Naval Group.

One of the lead sources for the platforms has been Sec Industries Pvt Ltd, which has provided main thrust blocks, weapons handling and storage systems, cofferdam doors and hull hatches.

Speaking about the relationship of Sec Industries with the project, D. Vidyasagar, Managing Director of SEC Industries, said “We are happy to be part of the on-going indigenisation of the P75 programme. With the know-how, technical assistance and constant support provided by Naval Group, we are happy to have developed these new facilities and delivered some major indigenous equipment for the Scorpene submarines.”

Mr. Bernard Buisson in an interaction with Life of Soldiers speaking about the partnership with Indian companies had said “Naval Group and Naval Group India have a successful cooperation with MDL which is now the only Indian Shipyard which can boast of full expertise and know how to indigenously build conventional submarines.” 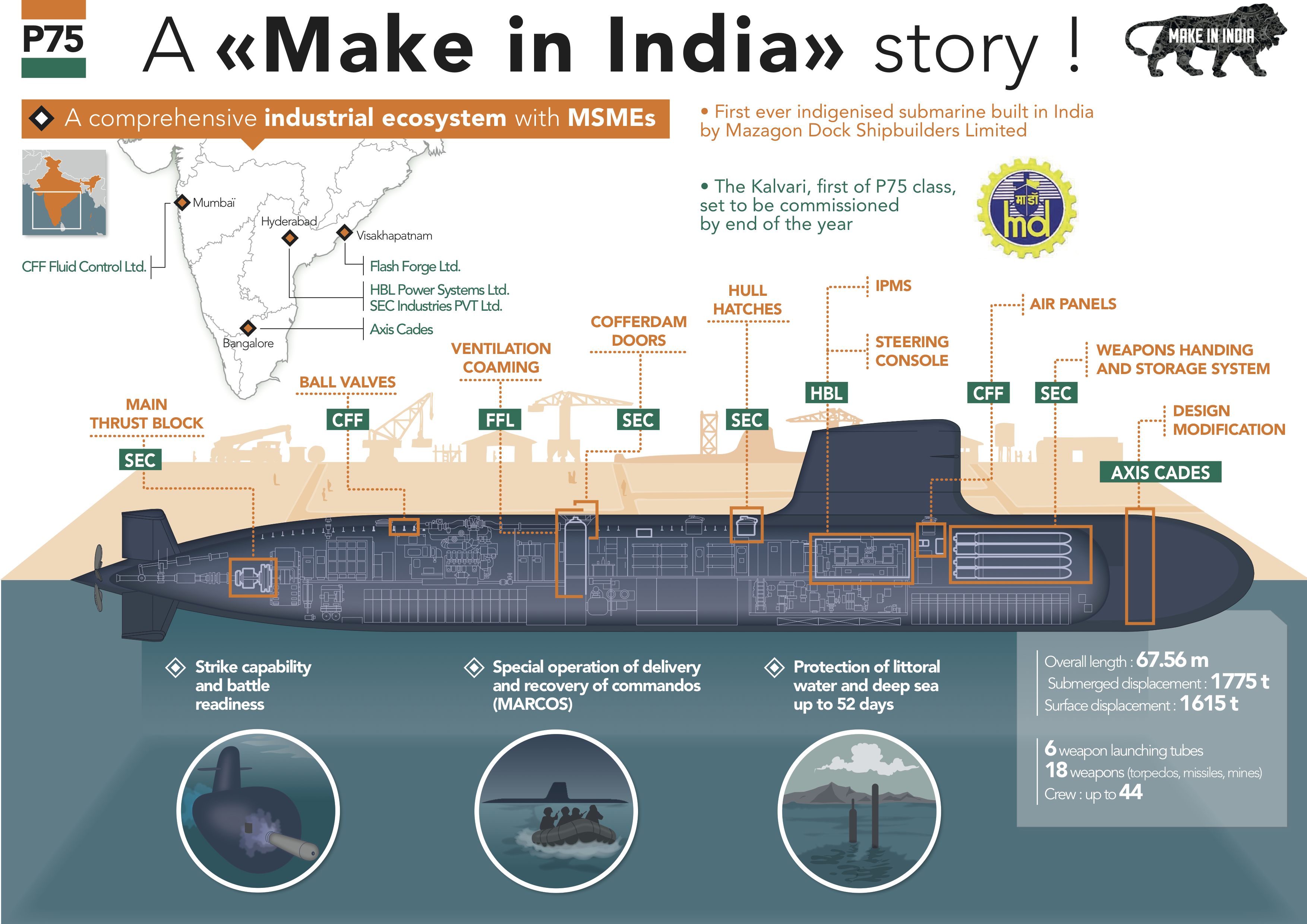 Speaking about the partnership with the MSME he said “Naval Group India has created a sound industrial ecosystem to indigenise equipment for P75 submarines. Naval Group India is currently working with a range of MSMEs like SEC, Flash Forge, HBL and many more under this program. This has enabled equipment to be locally manufactured in the categories of Float (Hulls, Hatches, Ballast Valves), Move (Steering Consoles) and Fight (Weapon Handling). DCNS India also has been instrumental in cementing partnerships with French MSMEs to enter into tie-ups and joint venture with Indian MSMEs to deliver locally manufactured equipment in India – Coyard Flash Forge is one such example of a joint venture.”

Lauding the expertise and capabilities of these companies, he said, “Naval Group is so satisfied with the quality standard adhered to, that they have taken a step further and outsourced procurement of certain equipment for the French Navy’s latest submarines (under construction) to these Indian MSMEs.”

These companies have overtime gained capabilities to source these technologies to Indian and global partners. The expertise of these companies is already being sought by Naval Group for executing the multi-billion dollar submarine tender of the Australian Navy. These opportunities have now provided the Indian MSMEs with a launch platform to enter the global supply chain. A ToT agreement that had entitled the country with just technology has today provided a thriving defence ecosystem that will prove decisive for the future programs initiated by the Navy.