The need for a Joint Special Operations Command (JSOC) in India’s Operating Environment. 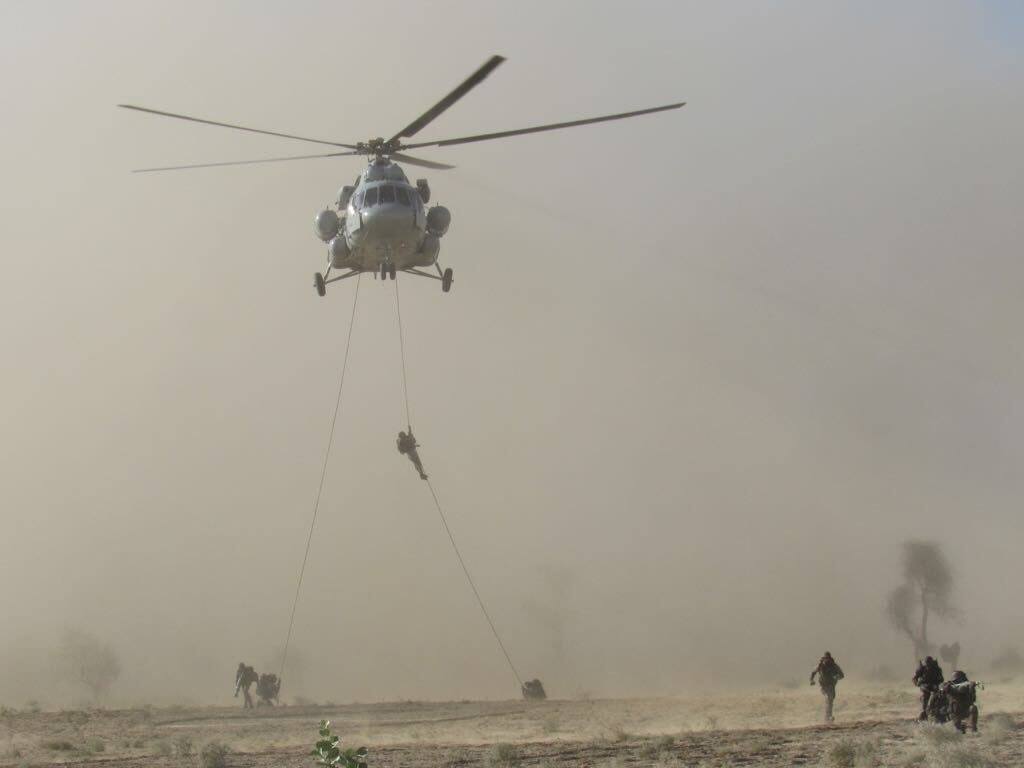 Cross border terrorism and internally fuelled insurgency have, since independence, been the major taxing concerns for the Indian government in its quest to maintain peace and tranquillity. Combined together, these dreaded factions have skilfully attempted to strangle the very sovereignty of the country. This decades-long struggle of India with these elements has made it evident that the battlefield has progressively transformed to unconventional threats, meaning the country’s future conflicts will not effectively be with state actors, but will be with non-state and proxy forces.

Further, the external dimensions to both terrorism and insurgency have meant that the local security agencies such as the police and paramilitary forces have largely been ineffective in checking the onslaught of these threateners. Thus, the country has widely employed its military forces to contain terrorism and insurgency along its border region.

For decades, leading the charge of the country’s war against terrorism has been its elite Special Forces (SF) units, which have been trained for decisive application of force with clinical precision, even in highly sensitive and dangerous environment.

In the backdrop of the ever increasing unconventional threats, it is crucial that the country drastically boosts its clandestine and unconventional warfare capabilities, both of which are an inherit gene of the Special Forces. Throughout the world, it is these capabilities that have promised global powers a ray of success in counter-terrorism and counter-insurgency operations. The recent cross-border raids against terror organisations, be it the famed surgical strikes or the Myanmar raid, stand testimony to the importance of these capabilities.

Even though India boasts of some of the largest contingents of Special Forces in the world, the influence of these special operatives has largely been limited to tactical levels. Whereas world over, SF units have traditionally been raised to project their prowess across a wide operational horizon. With India firmly establishing itself as a net security provider in the contested Indo-Pacific waters, it is imperative that the country maintains a combat-ready, quick-reaction, crack team for countering any hostile situations in its immediate neighbourhood.

India’s political, bureaucratic and military circles have indeed made deep in-roads in boosting the capabilities of the Special Forces. But the results have, however, not been forthcoming. Several senior officers, who have in the past commanded elite SF units, when questioned about the reason for these missing capabilities, surprisingly, credited them to what they termed as bureaucratic and doctrinal bottlenecks in India’s national security apparatus.

One major concern that every officer raised was the current command structure and the organization of the country’s Special Forces. Even though the SF units have grown exponentially in strength and have achieved satisfactory capability fillip to address the pressing concerns of the country, it is alarming to note that these units have, indeed, not undergone structural reforms even once since their inception. Veteran special operatives strongly believe that these reforms are the need of the hour, if the SF units are to remain relevant for achieving the country’s national security objectives.

A study of the special operations mounted world over by operatives from the dreaded SEALs, GRUs and the SAS reveal that these operations, which are widely carried out for attaining strategic targets, are indeed planned and executed as a joint operation, which involves multiple specialized forces, security, intelligence and government agencies working in synchronization through the course of the operation.

In India, however, the Special Forces have hardly any coordination amongst themselves to plan and execute any mission.  India has more than a dozen SF units at its disposal, a majority of which report either to the country’s Ministry of Home Affairs or the Cabinet Secretary. In case of the Armed Forces, each of the services has their own dedicated SF units, which largely operate in lieu with the conventional forces. This undesirable containment of the units to their services has unfortunately limited their scope of operation.

This lack of co-operation between the security agencies of the country has time and again hampered it’s response to terror attacks. This drift amongst the agencies was conspicuous during the dreaded 60-hour long 26/11 Mumbai attacks. While the attacks on the country’s economic capital unfolded in the late evening hours of 26th November 2008, the country’s elite NSG commandos, who were tasked with counter-terrorism and hostage rescue missions, reached Mumbai and took operational command of the situation only on 27th November. The delay in the arrival of the NSG commandos to the scene had given the terrorists much needed time, which enabled them to gain crucial ground and take hostages across several of Mumbai’s iconic landmark structures.

Following the attacks, when the root cause analysis was made for the delay in deployment of the forces, top echelons of NSG revealed that the force had indeed deployed from their Operational HQ – Manesar in Gurgaon within hours of the attack and credited the delay to the missing transportation capabilities. In following review committee reports, it emerged that the elite force had indeed reached the nearest air strip by the mid-night, but the unavailability of a transport aircraft had hindered their further movement to Mumbai. It was later established that Air Force, which was tasked with transporting the forces from Manesar to Mumbai, had to ferry an aircraft all the way from Chandigarh. When questioned about the delay in making an aircraft available for the forces in such dire circumstances, Air Force officials credited the delay to the missing communication links between the forces.

Another major incident during the 26/11 attacks that brought the missing inter-operability between the forces to the forefront was the failure of commandos from NSG and the MARCOS to mount co-ordinated operations. Even though MARCOS were deployed at least two of the targeted locations, the NSG, which had the overall operational command, failed to utilize the expertise of the Marine Commandos. The NSG, later admitted to have missed an opportunity to mount joint operations, but highlighted that the reason was solely because of the entirely different tactics employed by the forces. They had never in the past trained or operated as a combined force.

The famed ‘Operation Neptune Star’, which was mounted by US for neutralizing Osama Bin Laden, stands testimony to the level of jointness required when executing a covert or overt strike being handled by the Special Forces, especially when deep behind enemy lines. Even though Operation Neptune Star has widely been credited to the dreaded SEAL Team – 6 of the US Navy, the operation was in fact handled by the Central Intelligence Agency, with the SEALs being at the core business end. The SEALs had also received crucial support from the 160th Special Operation Aviation Regiment and the CIA’s ultra-secret Special Activities Division (SAD). The success at Abbottabad is thus rightly credited to the jointness in the operations. 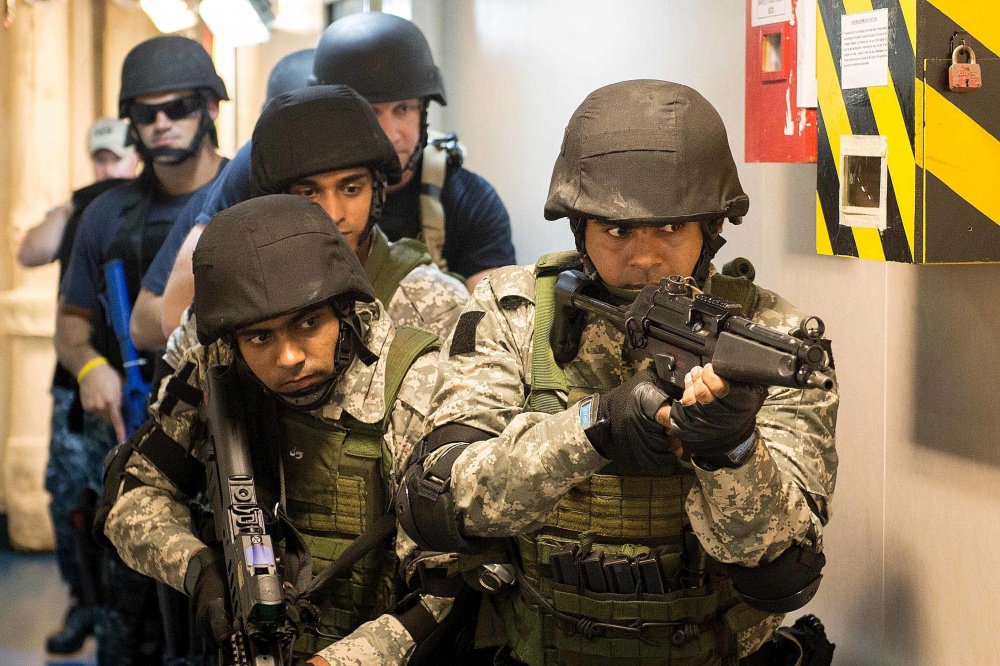 In India, successive review committees constituted by the Government, since the past decade, have made a strong pitch for the creation of what is widely known as SOCOM (Special Operations Command). Both the Naresh Chandra task force and the Kargil Review Committee (KRC) reports, which serve as the gospel for modernization of the country’s defence preparedness, have made exhaustive remarks regarding the creation of a JSOC. Both the reports have lambasted the country’s security apparatus in failing to induce co-operation and inter-operability amongst the forces.

The need of hour at this juncture is for a joint special operations command (JSOC) that shall bring the total operational command of the SF units under a single operational umbrella and shall promote substantiative interoperability at least amongst the Special Forces. The missing unified command structure has meant that decisions at the top-level are extremely time consuming, thus, often delaying the response by the deployed units on the ground itself.

Even though the executive, legislative and military authority have arrived at a conscience for the creation of a JSOC, the progress remains muddled, given the bureaucratic red tapes and decades-long turf-war between the forces. Successive doctrines of all the three service wings and also of the Integrated Defence Staff (IDS) office back the creation of a unified command, which promises unmatched jointness amongst the forces.

Another major force holding back the creation of a joint command is the varied standard operational procedure (SOP) being followed by the forces. This, however, can easily be negated as most of the forces are involved for the same role vis-a-vis counter-terrorism and counter-insurgency, only that their core operational environment is different. Further, it is imperative that the Government also makes due efforts to standardize both the equipment and the training facilities.  It will largely impart synchronization between the forces when deployed on the ground.

Since the idea of creation of a JSOC was tabled, one major reprehension that has existed within the Armed Forces and the Bureaucratic circles has been the concern of which of the services will be given operational command of JSOC. This question has added fuel to the existing turf-war between the service arms. For leadership, a model in line with the existing agreements drawn up for the two joint commands – Andaman and Nicobar Command (ANC) and the Strategic Forces Command (SFC) – can be implemented, wherein the head of JSOC will be appointed on a rotational basis. The Government has already confirmed that the JSOC, up on its creation; will be headed by a three-star officer. When created the command, it should comprise of personnel from the Para-SF, MARCOS, Garuds, Ghataks and from both the civilian and military intelligence establishments.

The creation of a JSOC is only the beginning for the country’s long journey ahead to rapidly boost the capabilities and reach of its Special Forces. It is essential that following the creation of the command, the Government works earnestly towards adding teeth to the ranks and files of JSOC. Every Special Operation mounted, either within the confines of the country or behind enemy lines is extremely technology centric. It is crucial that the Government works towards making the JSOC, a capability oriented force and not a number oriented force.

With JSOC comprising of elements from all three services, it is essential that the command is equipped to counter threats across all the three theatres. While financial concerns will definitely haunt the upbringing of the command, the Government as an interim measure can draw assets currently deployed with the three services.

While the Army’s SF units boasts of some of the most technological advanced warfare systems, the Navy’s assets such as the Landing Platform Docks (LPD) vessels, which will be acquired under the LPD tender can be drawn and placed under the command for mounting Amphibious operations. Strategic lift aircraft such as C130-J Hercules and C-17, which are under the operational command of the Air Force, if placed under the JSOC, it will add credible teeth to the command’s power projection capabilities.

For intelligence gathering, surveillance and reconnaissance mission, the command can be equipped with advanced C4ISR (Command, Control, Communications, Computers, Intelligence, Surveillance and Reconnaissance) systems. Indian manufacturers such as BEL and Tata SED have mastered the production of these technologies. Further, the command can also be equipped with dedicated unmanned aerial vehicles, which will not only provide ISR capabilities, but also stand-off precision strike capability. 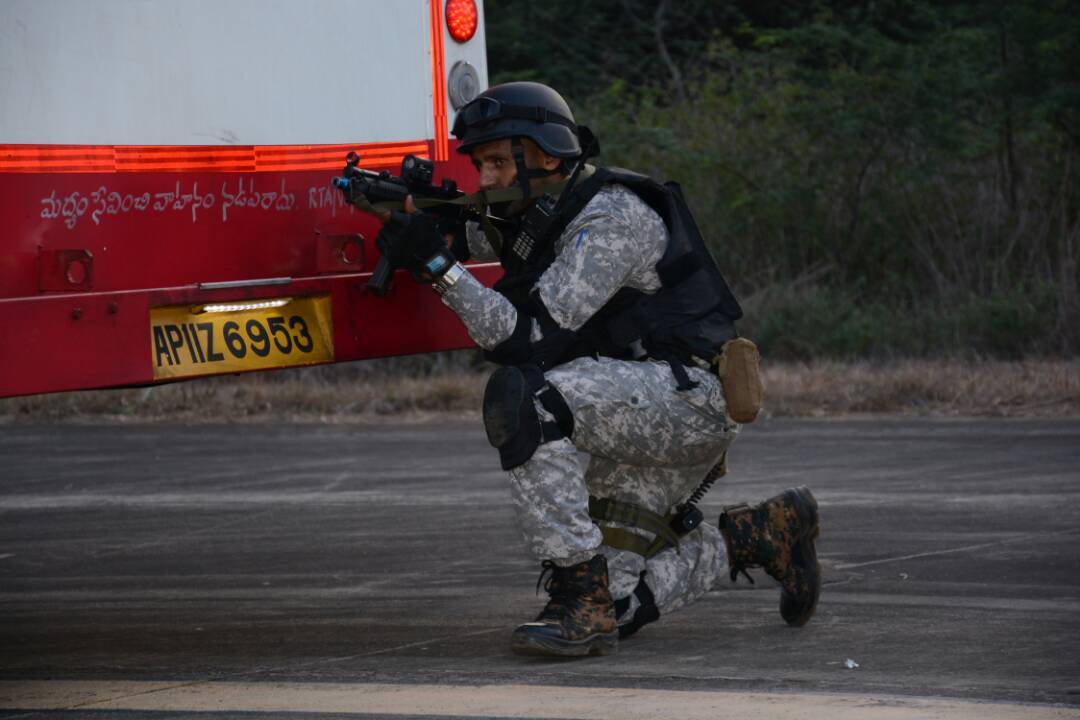 A MARCOS Commando during an anti-terror trill in Vizag. Courtesy – Indian Navy.

With the country’s defence secretary, only last year, announcing the decision for creation of dedicated commands for Special Operations, Space and Cyber Warfare; the dreams of a JSOC for India is at the cusp of realization. The raising of a unified Special Forces Command (SFC) will not only ensure optimal utilization of men and resources placed under the SF units, but it will also provide the units with capabilities to strike beyond the current operational confines. This will ensure that SF units, after years of existence, will finally be able to be deployed on politico-military missions, enabling them to provide the desired political and strategical effect on the ground.